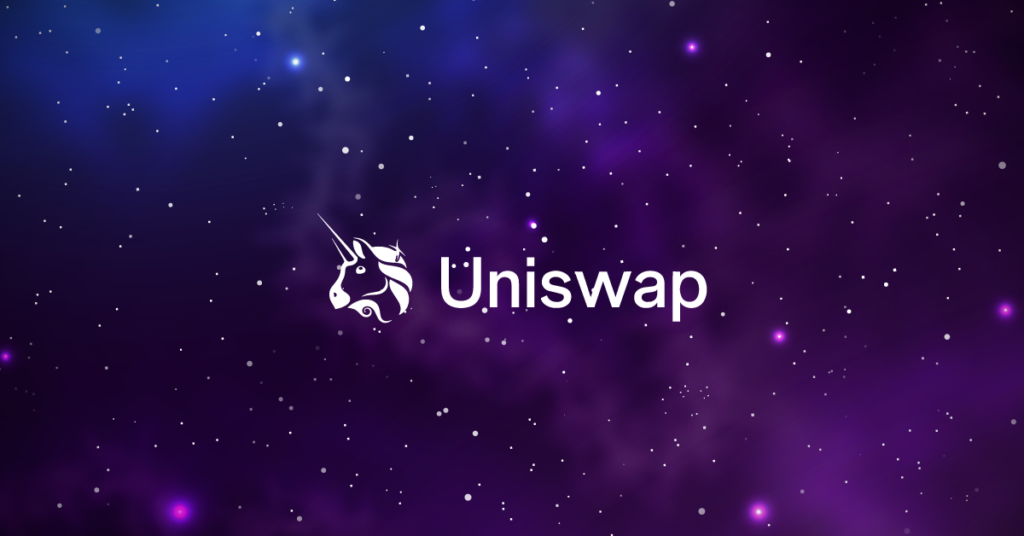 Centralized exchanges have been part of the crypto sphere for years as they come with fast settlement times and high trading volumes. At the same time, decentralized exchanges or DEXs have begun gaining attention as they don’t ask for a custodian to facilitate trading.

Since blockchain technology does have some limitations, it can be hard to create DEXs that can really compete with their centralized counterparts, and there is still a lot of work to be done there.

One of the pioneers is Uniswap. Uniswap does, indeed, work in ways that could be more difficult to understand than others, but, at the same time, it does have plenty of benefits. This has made Uniswap one of the most important DeFi projects.

Uniswap represents a set of computer programs running on the Ethereum blockchain that permit decentralized token swaps. This is possible thanks to unicorns.

Traders have the opportunity of exchanging Ethereum tokens on Uniswap without having to offer anyone information regarding their funds. At the same time, anyone has the option of lending their crypto to special reserves known as liquidity pools. In exchange for providing money to these pools, they earn fees.

Uniswap is a decentralized exchange protocol built on Ethereum. To be more exact, it’s an automated liquidity protocol. There isn’t any order book or any centralized party needed in order to make trades. Uniswap lets you trade without using intermediaries, with a high degree of decentralization and censorship resistance.

Now, you may be thinking, how do trades take place without an order book?

For this to be possible, Uniswap works with a model that involves liquidity providers creating liquidity pools. This system offers a decentralized pricing mechanism that basically smooths out order book depth. Just keep in mind that users have the possibility of seamlessly swapping between ERC-20 tokens without needing an order book.

Hayden Adams created the Uniswap protocol in 2018 but the underlying technology that influenced its implementation was first described by Ethereum co-founder, Vitalik Buterin.

How Does Uniswap Work?

Since it doesn’t have an order book, Uniswap strays away from typical digital exchanges. It works with a design known as Constant Product Market Maker, which represents a variant of a model named Automated Market Maker, or AMM.

Anybody has the chance of being a liquidity provider who deposits an equivalent value of two tokens in the pool. In exchange, traders pay a fee to the pool that is then distributed to liquidity providers by taking into consideration their share of the pool.

So, how does it go when someone plans to make a trade?

Let’s say Ahmed buys 1 Ether for 300 USDT using the ETH/USDT liquidity pool. When he does that, the USDT portion of the pool is increased and the Ether portion decreased, leading to an increase in the price of Ether because there is less Ether in the pool following the transaction and the liquidity has to remain constant. This mechanism, basically, is the one that influences the pricing.

The technology for Uniswap was updated several times with the most recent one, version 3, taking place in May 2021.

One of the most important changes that came with version 3 is related to capital efficiency. In general, AMMs are capital inefficient, meaning, most of the funds sitting in them aren’t being used. Simply put, the more liquidity the pool has, the bigger orders the system can support in a larger price range.

But liquidity providers in these pools offer liquidity for a price curve between 0 and infinity. Only a small percentage of the liquidity in the pool can be found where the largest number of trades take place.

Let’s say Uniswap has around five billion dollars of liquidity locked, but it only registers around one billion of volume per day. Now, this isn’t very cool, so Uniswap version 3 touched on this problem.

This means that liquidity providers are allowed to set custom price ranges for which they want to provide liquidity. The result is more concentrated liquidity in the price range that most trading activity happens in.

You can say that Uniswap version 3 is a simple method of creating an on-chain order book on Ethereum, in which market makers are allowed to decide to offer liquidity in the price ranges they set. Overall, this works better for professional market makers than for retail participants.

What Is Impermanent Loss?

Let’s go back and say that this time Ahmed wants to deposit one Ether and 100 USDT in a Uniswap pool. Since the token pair has to have an equivalent value, this means that the price of Ether is 100 USDT in this case.

At the same time, there is a total of 10 ETH and 1,000 USDT in the pool with the rest being funded by other liquidity providers just like Ahmed, meaning he has a 10% share of the pool. In this case, the total liquidity reached 10,000.

So what if the price of Ether would reach 400 USDT? Keep in mind that the total liquidity in the pool needs to remain constant. If Ether is now 400 USDT, that means that the ratio between how much Ether and how much USDT is in the pool has changed.

In fact, now the pool will have 5 Ether and 2,000 USDT. Why? Because arbitrage traders will add USDT to the pool and remove Ether from it until the radio will reflect the accurate price.

Actually, Ahmed would have done better by HODLing instead of depositing into the Uniswap pool. In this case, the impermanent loss represents the opportunity cost of pooling a token that appreciates in price. In other words, when Ahmed deposited funds into Uniswap by hoping of earning fees, he actually lost out on other opportunities.

It is important to mention that this effect takes place regardless of the direction in which the price changes from the time when the deposit was made. What does it mean? If the price of Ether decreases, compared to the time of the deposit, it is possible that the losses will be bigger.

So why is the loss impermanent? Because if the price of the pooled tokens gets back to the price they had when added to the pool, the effect is diminished. Furthermore, since liquidity providers earn fees, the loss can also be balanced out in time.

How Does Uniswap Make Money?

Ok, but what does Uniswap get from this? How does it make money? Simply put … it doesn’t. Uniswap is a decentralized protocol backed by a crypto hedge fund. All fees go out to liquidity providers but the founders don’t receive a share from the trades that take place via the protocol.

The native token of the Uniswap protocol is called UNI and it entitles its holders to governance rights, meaning they are allowed to vote on changes to the protocol.

We’ve previously mentioned that the protocol is a sort of public good and the UNI token further proves that.

1 billion UNI tokens have been minted at genesis. 60% of them are distributed to existing Uniswap community members, and 40% will become available over the course of four years to team members, investors, and advisors.

A part of the community distribution takes place via liquidity mining meaning that the token will be distributed to those who offer liquidity to the following four Uniswap pools: ETH/USDT, ETH/USDC, ETH/DAI, ETH/WBTC.

If you’re thinking about who the Uniswap community members are, the answer is simple – any Ethereum address that has interacted with the Uniswap contracts.

By market cap, Uniswap is currently the tenth largest one with a value of over 12 billion dollars. You can trade the token on eToroX, Crypto.com, Binance, Bitfinex, and, of course, Uniswap.

As for final thoughts, you must remember that Uniswap represents an innovative exchange protocol that is built on Ethereum. Anyone who owns an Ethereum wallet has the chance of exchanging tokens without having to rely on any central party.

While it is not perfect yet, this technology does set the template for the future of trustless token swapping.