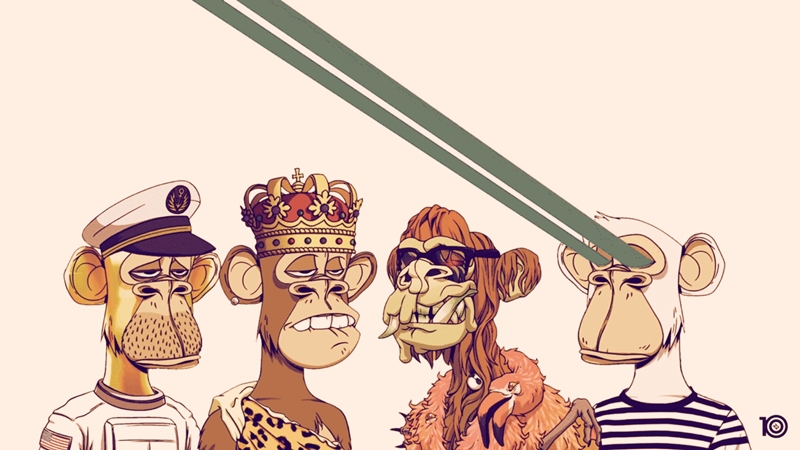 Well-known music label Universal Group has recently announced that it has formed a “metaverse group” featuring four cartoon members from the Bored Ape Yacht Club NFT Collection. The band’s name will be Kingship, and it is inspired by the cartoon band “Gorillaz,” created by Damon Albarn.

The label will compose music for the band to “perform” in the evolving virtual space, the metaverse. They also plan to release a series of NFTs with more utility, such as VIP passes for future events.

The band manager works closely with Snoop Dogg, and he mentioned he was approached by Universal to elaborate a project more generally around the Bored Ape Yacht Club. Being connected with collector Jimmy “j1mmy” McNelis, who has more than 80 apes, it was easy to set up a collaboration.

“There’s a lot of musicians that are in the NFT space, they’re engaging, they’re buying NFTs, or they’re doing basic art drops, but no one’s creatively released music yet,” said Adler.

The Bored Ape Yacht Club is known as one of the most successful collections in the NFT space. The Ethereum-based project has generated over $1 billion in secondary market sales, according to CryptoSlam. There are 10,000 total apes in the collection, and the cheapest one is priced around $156,000 on OpenSea. Last month they generated more than $95 million in sales, for an average price of $170,000.

“The most important thing for us was to develop a really strong narrative around these apes. The goal is to flesh it out. Who are these characters? What is their backstory? What motivates them? What instruments do they play? Who’s featured?”