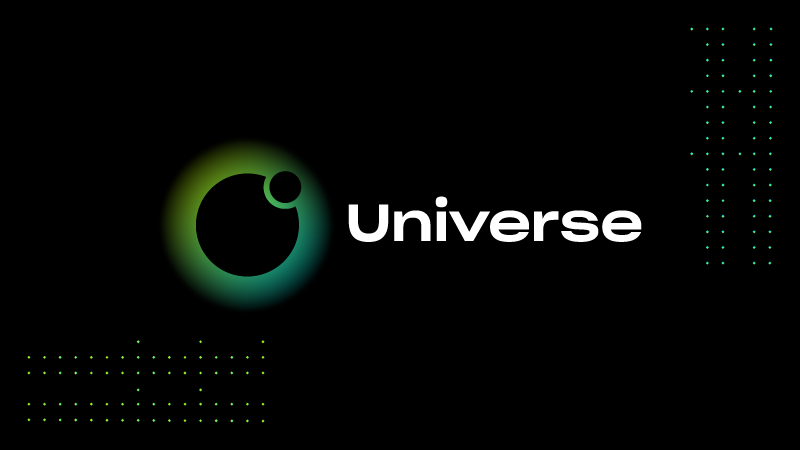 In this article, we will take a look at Universe.XYZ, an NFT-based platform built on Ethereum. The project aims to provide artists with various digital solutions so that they can easily mint and monetize NFTs. We’ll briefly cover its features, what sets it apart, and what the project’s roadmap includes.

Universe.XYZ is an NFT platform built on Ethereum and aimed at helping artists mint and sell their digital creations. The project was founded by Troy Murray, Tim Kang, Tyler Ward, and Milad Mostavi, with the first three of them also being co-founders of BarnBridge. Taking a look at their work experience can only make us hopeful regarding the future of this project.

In May, the team announced that they had raised 4.3 million dollars in a seed round to bootstrap a DAO designed for artists to be empowered on Ethereum and build a non-fungible universe.

The project is thought out in such a way as to provide all the digital tools artists need to transform items such as pictures, paintings, videos, songs, and GIFs into NFTs. But that’s not all, as the platform also offers the means needed to sell these NFTs via auction.

This universe is governed by a decentralized autonomous organization, xyzDAO, with XYZ being the native governance token of the xyzDAO and the Universe Protocol. The token can be used for voting and staking.

The platform will bring several products:

Besides these products, Universe will also bring a Decentralized NFT Social Media Platform where users and artists can communicate and interact. NFT galleries are also part of the project’s plans, where NFTs and collections will be showcased in a curated way. 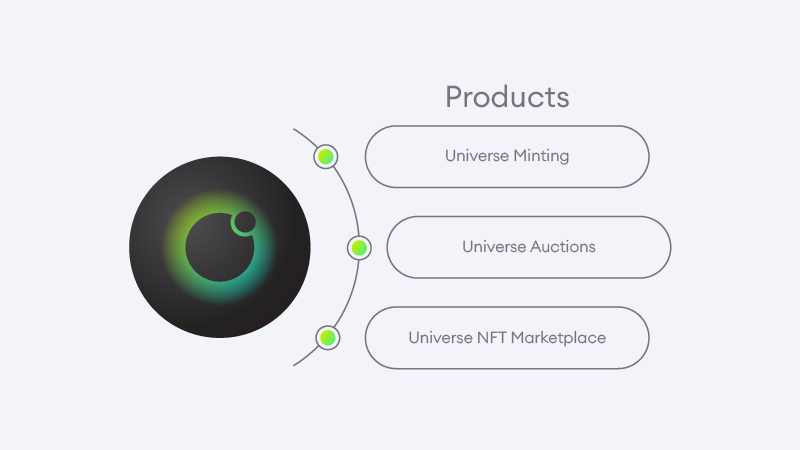 One of the things that make Universe.XYZ worthy of attention is the fact that it plans to bring an entire suite of products, so artists basically have everything they need to create and then monetize their creations. What’s more, the social tools offered will further expand the way NFT creators and buyers will communicate.

However, there is a lot of competition in this field, and it’s enough to think of OpenSea and Rarible to know that it won’t be easy for Universe to secure a leading position in this sector.

The project is in the early stages of development, with only one product being currently available, namely, Universe minting, so there isn’t much to compare yet. One of the things that may help it score some extra points is that the NFT auction house will have multiple auction types. Then the NFT social network and media protocols are also a nice addition. It remains to be seen whether the team will deliver them designed in such a way as to attract more users.

This year has seen the launch of xyzDAO, on June 6th, with 1 billion XYZ tokens being created at genesis.

One of the recent events that made the headlines was the project’s donation to Coin Center. Universe.XYZ and the NFT project Lobby Lobsters united forces in order to offer the crypto industry a voice in Washington DC. A profit of 1,000 ETH resulting from the sale of the said NFT collection was donated to Coin Center, a Washington-based research and advocacy group.

Universe plans to explore the Lobby Lobsters project even further in the future, including diverting royalties from secondary market sales to support other crypto advocacy efforts.

This year should also see the launch of the platform’s auction house, but we’re still waiting for a roadmap update.

The project already benefits from a strong community, having nearly 18k followers on Twitter, so many NFT enthusiasts see the project’s potential to deliver as promised.

With the NFT space rapidly growing, we expect to see new NFT projects emerging in an attempt to explore this field even further and enable artists to expand their experience and also monetize their work.

Universe.XYZ is such a project and it seems to be a promising one. The fact that it wants to provide all the digital tools needed to create and sell NFTs and bring them together in one place is a notable endeavor, so we will keep an eye on this project.

What do you think about Universe.XYZ? Could it be a serious competitor for OpenSea and Rarible? Let us know your thoughts on this in the comments section.

ethereumNFTsUniverse.XYZXYZ token
Previous articleAvalanche Is the Moment as It Grows by 10% In 24 HoursNext articleEl Salvador’s USD-Denominated Bonds Take a Hit Following the Bitcoin Bonds Announcement