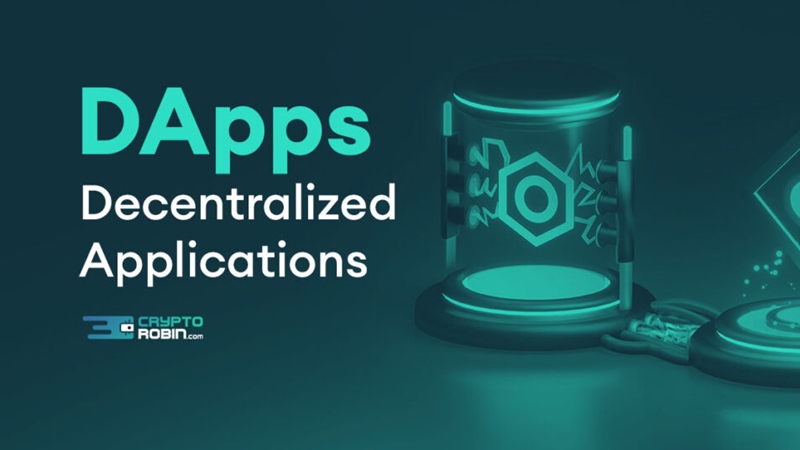 In this article, we will explain what DApps are, how they work, and their main features. We will also cover the advantages and disadvantages they come with.

DApps – What Are They?

DApps are decentralized digital apps, and, in some ways, they work like normal apps. The main difference between them and centralized apps, though, is that they run on a blockchain or peer-to-peer (P2P) network of computers instead of a single computer. This means there is no central entity or authority to control them.
The concept of DApps was enabled by blockchain platforms that support smart contracts, with Ethereum being the first of them.

Regarding their use cases, they can run everything from DeFi lending platforms to marketplaces, as we will see later in this article.

Under the hood, dApps generally share the following basic characteristics that set them apart from centralized apps. 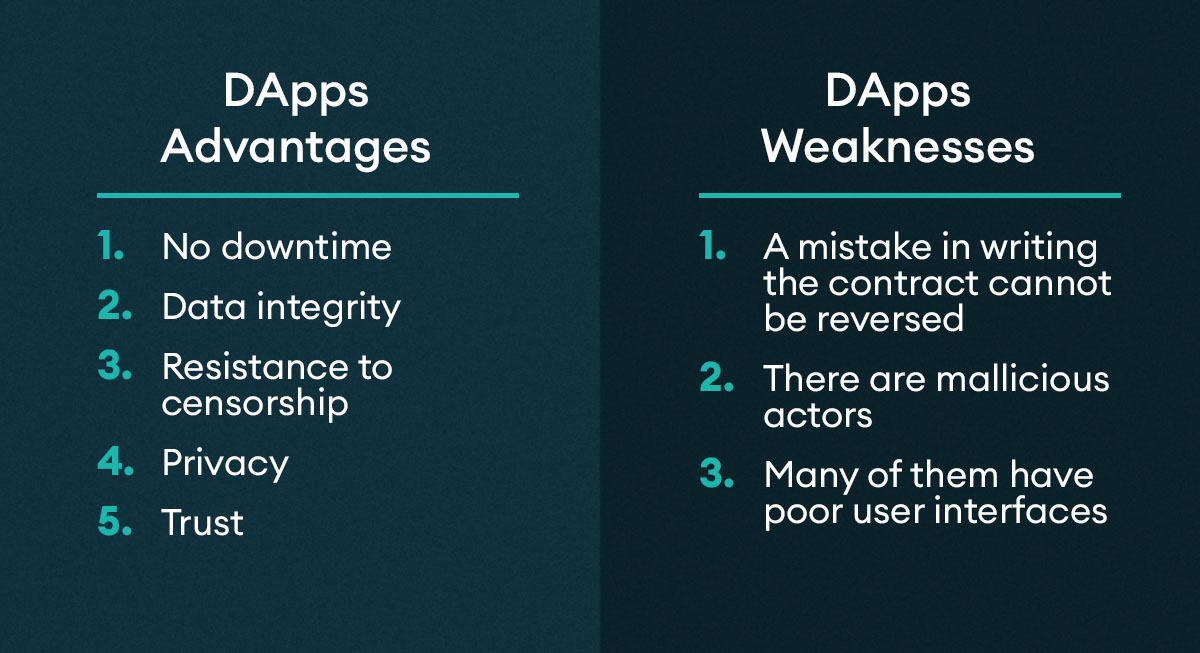 Considering these basic features, there are several benefits dApps come with:

Despite the advantages just mentioned, dApps are not free of weaknesses. For example, a mistake in writing the contract cannot be reversed.

Furthermore, since they run on open-source smart contracts, they make it possible for malicious actors to probe the network in search of weaknesses. That’s why it is of utmost importance to carefully analyze the smart contracts and make sure they will be executed as intended.

Since they are still in their infancy, many of them have poor user interfaces, which directly affects the number of users. A low user number makes a dApp less interactive and even less secure, as a dApp’s security often relies on how many users it has.

Given their advantages, dApps have a variety of use cases and can be created for totally different purposes and services, ranging from playing games to exchanging tokens.

The most popular blockchain platforms for building dApps today are Ethereum, EOS, NEO, and Tron. There are currently thousands of dApps out there, offering a variety of functions. Some of the most popular categories of dApps include:

To sum up, dApps are apps or programs that run on a peer-to-peer (P2P) network or blockchain. They are not owned or managed by a central authority and can be applied to various online industries, including DEXs, gaming platforms, and advertising networks.

Even if they do have a few downsides, such as a difficult Know Your Customer (KYC) process and maintenance, DApps ensure data integrity, speed, privacy, and can be more financially efficient.