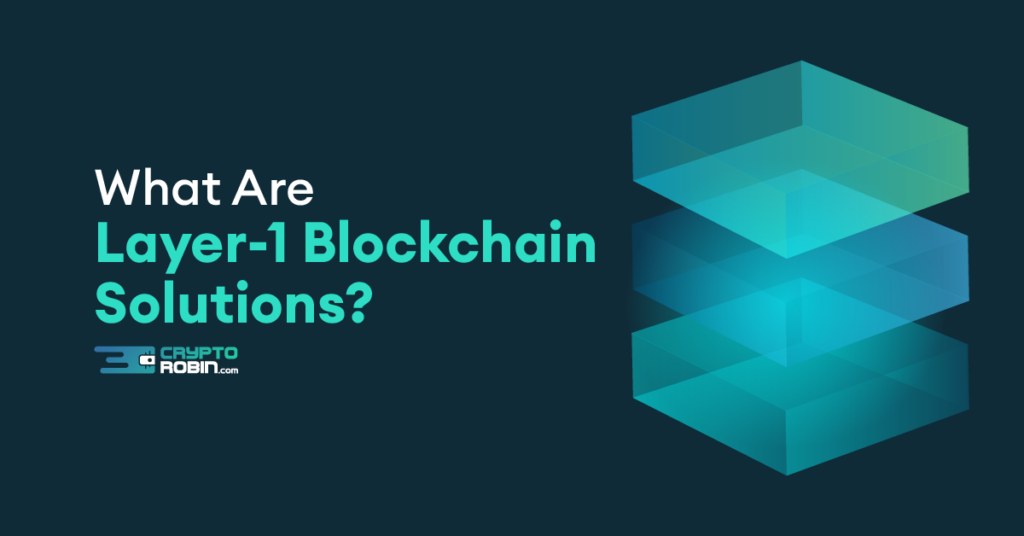 In this article, we will explain what Layer-1 blockchain solutions are and what their purpose is. We will also take a look at the most common Layer-1 solutions.

Blockchain Scalability and Solutions to Increase It

To understand Layer-1 solutions, we must first take a look at blockchain scalability. Despite providing users with a variety of benefits, such as decentralization, high levels of security, and recordkeeping that cannot be changed, blockchain technology still comes with a few drawbacks.

As its usage becomes more common, various issues are surfacing. One of them is scalability, which refers to the system’s throughput rate measured by how many transactions are performed per second (TPS).

However, the more general definition of this term may vary from one expert to another, and it may sometimes be used to refer to the system’s ability to provide every user with a rich experience, no matter how many users it has at any given time.

Considering the increasing usage of cryptocurrencies in everyday life, the need for blockchain layers has also grown. Such layers are necessary for ensuring higher network security and speed, better recordkeeping, higher TPS, and so on. Here is where Layer-1 and Layer-2 solutions come into play.

What Are Layer-1 Solutions and How Do They Work?

When talking about a decentralized system, a Layer-1 network refers to a blockchain. The purpose of Layer-1 solutions is to improve the base protocol itself in order to make scalability possible. Layer-2 solutions are networks or technologies that operate on top of an underlying blockchain protocol to improve efficiency and scalability.

While Bitcoin, Ethereum, and Litecoin are Layer-1 blockchains, Lighting Network is a Layer-2 solution that was built to increase the transaction speeds on the Bitcoin network.

When it comes to Layer-1 solutions, they change the rules of the blockchain’s protocol to increase its transaction speed and capacity and thus accommodate more users and data.

For example, a Layer-1 scaling solution could be used to accelerate the speed of block confirmation or to augment how much data a block contains. Such solutions would then increase the network’s throughput.

The two most common Layer-1 solutions include the following:

Since some consensus mechanisms are more efficient than others, projects such as Ethereum are moving from the slow Proof of Work mechanism to Proof of Stake. The latter ensures higher speeds and is more energy-efficient than the former as it doesn’t require miners to solve complex cryptographic algorithms and thus use substantial computing power. Instead, a PoS system processes and validates the new blocks of data based on the participants’ stake.

Sharding is one of the most popular layer-1 scalability methods, and it is a mechanism that has been adapted from distributed databases. Through sharding, transaction sets are broken down into smaller pieces, known as “shards,” which are processed by the network in parallel. Since the workload is spread across the peer-to-peer network better, blocks are completed faster. Ethereum 2.0, Tezos, and Zilliqa are exploring the use of shards.

You can find out more about PoS and sharding in our articles on these topics.

Scalability becomes an issue when the amount of data that passes through a blockchain is limited because of its insufficient capacities. To overcome such problems and ensure faster processing times and a higher number of transactions per second, blockchain developers are working on scaling solutions.

Layer-1 solutions improve the base protocol of a blockchain by changing how it operates in terms of data processing. One of their advantages is that there is no need to add something on top of the existing infrastructure. Changes to the blockchain’s consensus protocol and sharding are two such solutions.