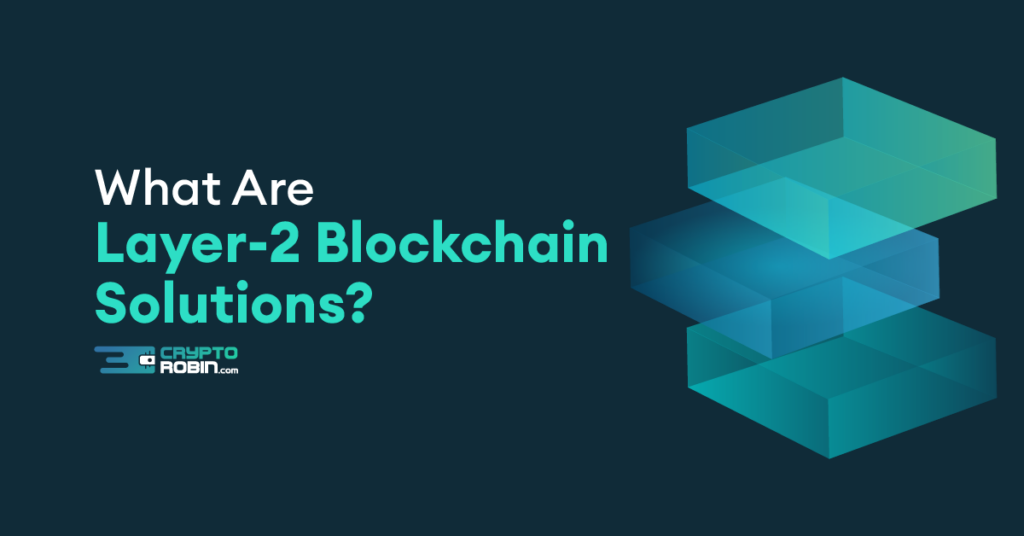 In this article, we will explain what Layer-2 blockchain solutions are and what their purpose is. We will also take a look at the most common types of Layer-2 solutions.

What Are Layer-2 Solutions and How Do They Work?

As we have said in our video on Layer-1 solutions, although blockchain technology ensures a variety of benefits, ranging from decentralization to high levels of security, it is still facing scalability issues. To reduce congestion, improve scalability, and increase security, various scaling solutions have emerged.

The two primary methodologies for achieving such results are Layer-1 and Layer-2 solutions. To recap, Layer-1 solutions improve the base protocol itself, while Layer-2 solutions are networks or technologies that work on top of an existing blockchain protocol to improve scalability and efficiency.

Layer-2 scaling solutions increase throughput and do so without tampering with any of the original security or decentralization characteristics that are integral to the original blockchain.

Simply put, they take a portion of a Level-1 blockchain’s transactional burden and shift it to another system architecture. The Layer-2 blockchain will then handle the processing load and report to the main blockchain for result finalization.

Since much of the data processing is shifted to this adjacent architecture, the Layer-1 blockchain becomes less congested, which improves scalability. For example, Bitcoin is a Layer-1 network, and the Lightning Network is a Layer-2 solution that was built to improve transaction speeds on the Bitcoin network.

Some of the most common Layer-2 solutions include the following:

Such a chain is a blockchain built atop another blockchain. The nested blockchain architecture usually involves a base blockchain that lays down the ground rules for a broader network, while executions are carried out on an interconnected web of secondary chains. Several levels of blockchains can sit on top of the main chain, being connected to each other to form a parent-child chain connection. The way they work is rather simple, as the parent chain delegates work to child chains that process and return it to the parent once it is completed.

For example, the OMG Plasma project is a Layer-2 nested blockchain infrastructure that is used atop the Layer-1 Ethereum protocol in order to facilitate not only faster but also cheaper transactions.

State channels enable two-way communication between a blockchain and off-chain transactional channels. By using multi-signature or smart contracts, they make it possible for users to quickly and easily transact off-chain. When the entire transaction set is completed on a state channel, the final state of the channel is added to the underlying blockchain.

While this type of channel can handle more complex interactions, payment channels are used, as the name suggests, for payments between two participants. One of their advantages is the high transaction throughput at a very low cost. Ethereum’s Raiden Network is a popular state channel solution.

Considered a hybrid between Layer-1 and Layer-2 solutions, sidechains are separate blockchains that have their own consensus mechanism and block parameters. They run parallel to the main blockchain and act as an extension to it, compatibility being achieved through a two-way bridge. They are used for large batch transactions, with the mainchain confirming batched transaction records and maintaining overall security. For example, xDai is an Ethereum sidechain that ensures 5-second block times and low gas prices.

These L2 solutions roll up sidechain transactions into a single transaction. They then generate a cryptographic proof, which is known as a SNARK (succinct non-interactive argument of knowledge) that is submitted to the base layer. In this case, sidechains handle all transaction state and execution. There are two main types of rollups, namely, zero-knowledge and optimistic rollups. 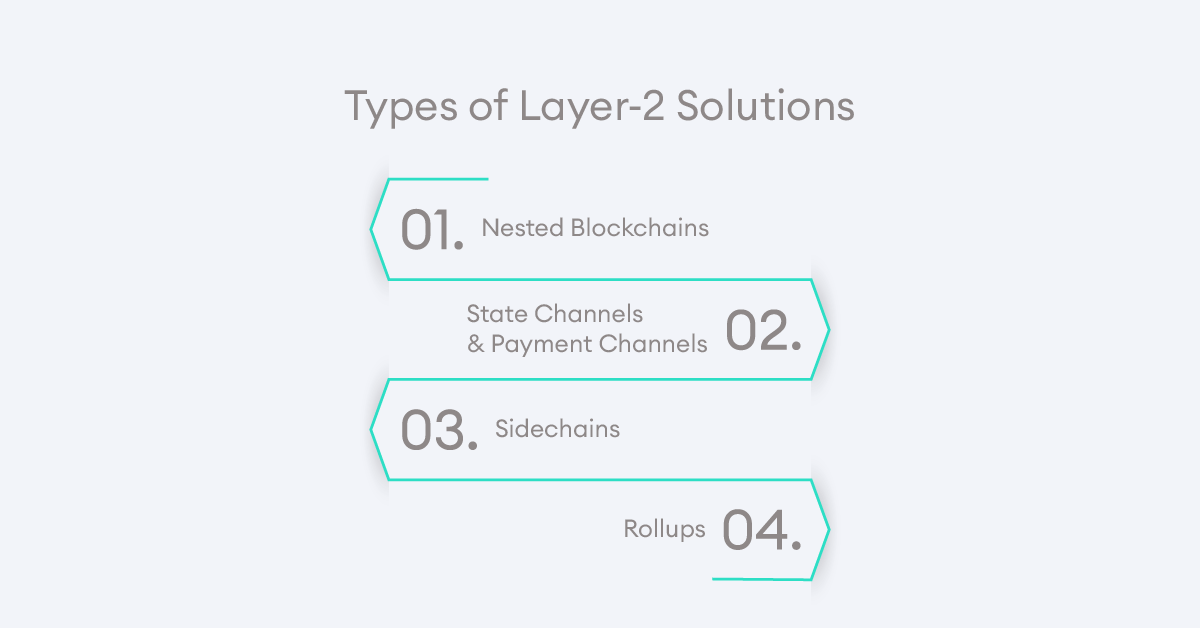 With scalability seen by many as the greatest obstacle to mainstream adoption of cryptocurrencies, it is only natural to look for solutions that solve it. Layer-2 blockchain solutions are among them. They are secondary frameworks or protocols that are built on top of an existing blockchain and operate without tampering with the base layer protocol.

By performing a great portion of the work that would be performed by the main chain, they ensure high throughput, reaching even thousands of transactions per second. L2 solutions enable micro-transactions and low fees. Moreover, the way they were designed also improves speed as users don’t have to waste time on miner verification.

However, they are not free of limitations. For example, while plasma chains ensure high throughput and low costs per transaction, they only allow for basic transactions, such as swaps and token transfers.