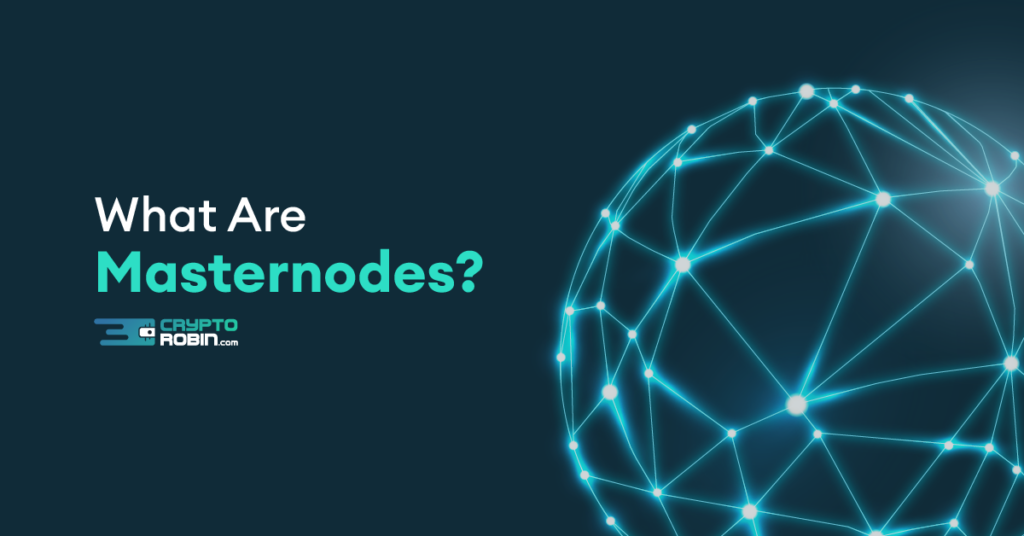 In this article, we will explain what masternodes are is and how they work. We will also briefly cover the benefits of running a masternode and what is required to operate such a node.

To understand masternodes, we must first take a look at node types and their functions.

A node is any computing device, be it a computer, server, or phone, that supports a blockchain network. Their role is to maintain and verify the public ledger of transactions on such a network.

There are three main types of nodes, namely, regular or light nodes, full nodes, and masternodes. Each of them has certain responsibilities and roles, which can vary from one network to another.

However, what they all have in common, regardless of the network they are a part of, is that all of them run the software, known as the protocol, that determines the rules, functionality, and features of a particular blockchain.

A light node is the most basic type of computing device that supports a blockchain network. Its workload is minimal as it only downloads and holds information about partial blockchain histories, so just enough data to process and verify new transactions.

A full node, on the other hand, besides doing what a light node does, holds an entire copy of the blockchain ledger, including timestamps, transactions, and all created blocks.

A masternode is more than just a node. It can be seen as a governing hub as it functions as a server with a unique status in the network. So let’s dive deeper into their features and roles.

What Are Masternodes and How Do They Work?

Dash, a fork of Bitcoin, was the first virtual cryptocurrency to use the masternode model which has been adopted by many other cryptocurrencies ever since, including Zcoin (XZC) and Horizen (ZEN). Dash masternodes provide exclusive services, such as voting on proposals to improve the Dash system and creating private transactions (PrivateSend) or instant transactions (InstandSend).

For these services, masternodes gain rewards in the form of fees, so they operate on a collateral-based system that works much like a PoS protocol. To gain a masternode status, a masternode operator needs to own a significant amount of the blockchain’s underlying cryptocurrency and lock up coins.

The amount of locked coins required and the ROI (Return on Investment) vary from one protocol to another. For example, on the Dash network, a masternode needs 1,000 DASH to start earning block rewards.

The crypto earnings masternode operators get in exchange for their time and investment are typically a percentage of their stake.

Benefits and Challenges of Running Masternodes

As we’ve seen, masternodes are financially incentivized to contribute to the network’s proper functioning. This reward system ultimately ensures network stability and loyalty, the logic behind it being similar to the one behind staking in a PoS system.

However, operating a masternode comes with other requirements, besides the significant stake in the blockchain network’s cryptocurrency. This activity calls for specific computer hardware, technical knowledge, a dedicated server, an IP address, and time.

The equipment needed to run such a node is more power-intensive, which leads to high energy costs. Hosting fees can also be high. Still, running a masternode is a relatively simpler alternative to mining as it requires less expertise and the operating costs are lower.

Masternodes are an essential part of the structure that sustains many cryptocurrencies. They verify new blocks and have special roles in governing the blockchain. To become a masternode, one must stake coins as masternodes work by the Proof-of-Stake validation concept. They are not only a useful tool for blockchain validation and governance but also a viable means of generating passive income.