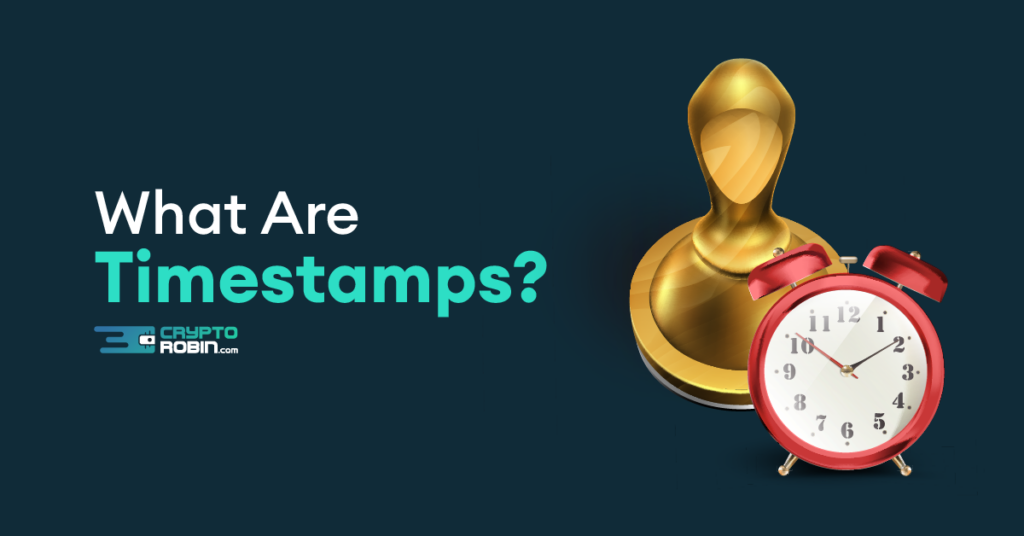 In this article, we will explain what blockchain-based timestamps are and what their role is. We will also cover some of their use cases.

What Are Blockchain-Based Timestamps?

A timestamp is a complete, verifiable piece of data that indicates a certain piece of data existed at a particular time. It is a way of proving that an event occurred at a certain moment.

It is typically a sequence of characters that uniquely identifies a given point in time and is generated based on cryptographic principles.

Given that the blockchain cannot be tampered with, blockchain-based timestamps ensure the authenticity of each piece of data and prevent bad behaviors. Cryptographically encrypted timestamps also solve the issue of double-spending and give every transaction data on the blockchain a mark.

Each timestamp thus has its own value, and that’s not only because it indicates the time of an event. Given that each timestamp includes the previous timestamp in its hash, thus forming a chain, they also allow the sequence of block generation to be verified. Each newly added timestamp reinforces the ones before it.

Since they are published widely, everyone can check when they were published and whether they form a linear chain. They make it impossible for a block to be repeated in the future since, besides the time, the date of the block’s creation is also stored.

In the Bitcoin whitepaper, Satoshi Nakamoto wrote that the aim of timestamps is to eradicate the threat of double counting. Without them, it would be difficult for new nodes to prove how long mining a block took and the difficulty or lack of it.

To make sure that difficulty is calculated correctly, blockchain timestamps are used. So whenever a Bitcoin block is generated, there are two timestamps. One of them is in the block header, which is placed by the miner, and the other one is the actual time when the block is created.

Even if, theoretically, the two times should be almost the same, there is the risk of some miners engaging in bad behaviors and thus lying about times.

To prevent miners from tampering with timestamps, Bitcoin uses different mechanisms, such as the median past time (MPT) rule. These mechanisms make sure the blockchain moves forward in time but prevent it from moving too far forward.

Use Cases For Blockchain-Based Timestamping

Since timestamps record the time and events in the blockchain, and it’s impossible to tamper with them, the use cases for decentralized and unchangeable timestamping are limitless.

Decentralized timestamping had its first real use case with the appearance of cryptocurrencies, to be specific, crypto payments.

Even if one of its strongest use cases is in the financial sector, blockchain-based timestamping has already been adopted across multiple industries and sectors.

It can also be used for governance, supply chains, voting, content timestamping, protection of intellectual property rights, and so on.

Blockchains can be viewed as databases of verified public timestamps. Blockchain timestamps indicate when a certain event happened and contribute to the overall health of the system since each of them includes the previous timestamp in its hash. Their use cases come in plenty as they can be employed and are needed wherever recording the time of an event holds great importance.