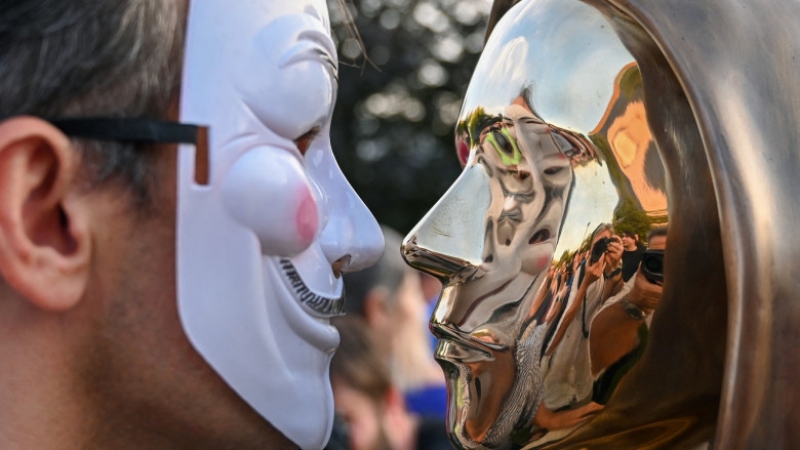 “What if … ?” types of questions go through our mind all the time. What if the cute girl at the gym would ask me out? What if I lived in Japan? What if I could see the future? What if I knew who Satoshi Nakamoto is?

Regardless if we’re talking about the world of crypto or daily life, every question can have its answer. If we take into consideration the market volatility, how prices go up and down or how the public shifts its opinion, it’s certainly helpful to have an answer in case of a “What if … ?” scenario.

In today’s article we’ll try to answer the question “What if Satoshi Nakamoto would appear?” We’ll imagine how this would affect us, the crypto industry, and the world’s economy.

First of all, who is Satoshi Nakamoto?

If you’re new to the world of crypto, this individual or individuals, as we don’t know if it’s just one person or a group, wrote the Bitcoin whitepaper so they basically invented it.

There are no recorded public appearances or photos. All we know is that between 2008 and 2010, Satoshi continuously wrote on the Bitcointalk forum, coming up with all sorts of suggestions, ideas, and solutions for the problems that Bitcoin could come across.

Maybe Satoshi realized how revolutionary this creation was and that, based on how powerful it is, if the creator would be known, it would detract from the goal of the cryptocurrency.

We don’t know what else Satoshi was thinking as they suddenly disappeared one day. The last post is called “There’s More Work to Do.”

If we were in Satoshi’s place, we probably would have gone to a remote island to enjoy that money for the rest of our lives.

But Satoshi never touched that money. This is what creates the current dilemma.

What happened to Satoshi? Let us know in the comment section below.

One reason presented is personal security and that of those close to them. Once you become the owner of something so valuable you can become a target of bad actors, media, governments asking you to pay taxes, and so on.

If Satoshi didn’t die in 2010 and is still among us, let’s see what would happen if Satoshi were to come forward.

Certainly, the world would enter a collective frenzy and we’d probably experience fluctuations like never before.

Every investment or decision we take is closely connected to the feelings we have at that moment, no matter how rational we think we’d act.

So even in this case from big institutions that have millions invested in Bitcoin to your average Joe, a feeling of panic would settle which would influence the selling and buying of cryptocurrencies. This is in the short-run.

On the long-run, Satoshi’s reveal as a public figure could detract from the scope of crypto, especially decentralization, leading to one person holding an immense supply of Bitcoin, creating a monopoly.

Is Satoshi an Elon Musk-like figure?

What do you think would happen if Satoshi would tweet that Bitcoin’s price would go up to $100,000 in 2022? Or vice versa, that it’s actually overpriced?

Satoshi would have a huge level of control over the market, one that would be dangerous and could actually contradict the change meant to happen, aka decentralization from any institution or person.

The good thing is that any change would be easily transmissible. For example, through a simple tweet, Satoshi could share ideas such as how Bitcoin could make the transition to Proof of Stake.

In the long-run we have good news because Satoshi’s appearance today, in 2022, would be very different had they made an appearance in 2013, for example.

By this I mean that the crypto industry has evolved sufficiently so that it can stand on its own.

There are plenty of people and institutions involved in crypto now and the benefits of cryptocurrencies or projects in the decentralized sphere are obvious.

We can experience the value, potential, and a completely different future from all points of view: how we transact, how we use the Internet, how we play, and so on.