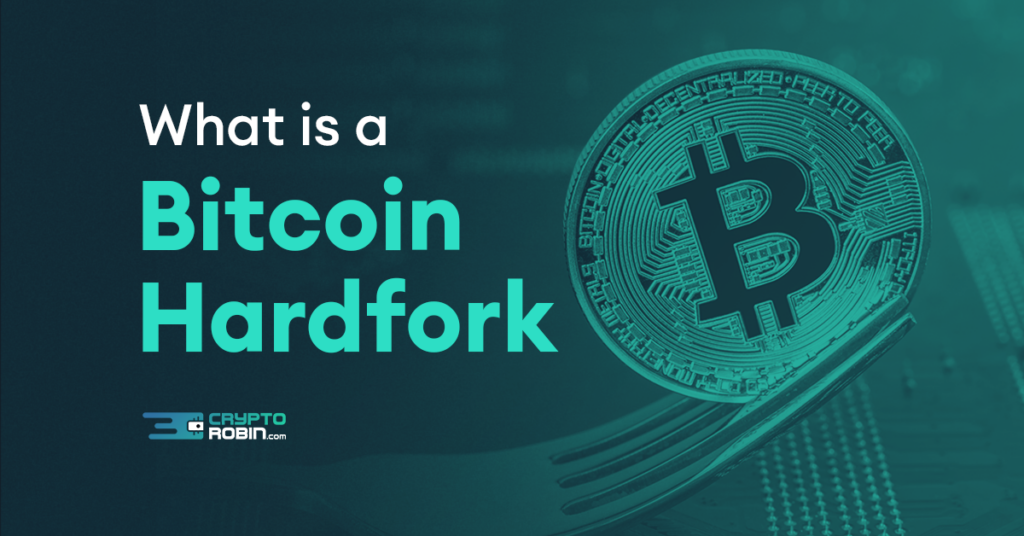 In this article, I will explain what does a Bitcoin Hardfork mean, why do hard forks appear, and how do they work.

I will also compare the hard fork with a soft fork.

What is a Bitcoin Hardfork?

A hardfork represents a radical change to the network of a protocol, that makes previously invalid blocks and transactions valid – or the other way around.

It also needs for all of its nodes or users to upgrade to the newest version of the protocol software.

Forks can be created as developers or members of a community are less and less satisfied with the way the current blockchain is working.

Forks can also be a result of crowdsource funding for new technology projects or crypto offerings.

After a hard fork, the blockchain now has two branches, one that goes with the new protocol, and one that follows the old one.

How Do Hard Forks Work?

A fork in a blockchain can happen in any crypto platform, not just Bitcoin. You can picture the blocks in blockchains as cryptographic keys that are in charge of moving memory.

The catch is that all of the miners have to agree on the new rules. So, if you want to make a change to the rules, you will need to “fork it”, aka, like a fork in a road, in order to present the fact that the protocol has suffered a change.

The forking process is the reason why we have several digital currencies with names that are close to Bitcoin, like Bitcoin Cash, Bitcoin Gold, and others.

Why Do New Hard Forks Appear?

We could mention several reasons: 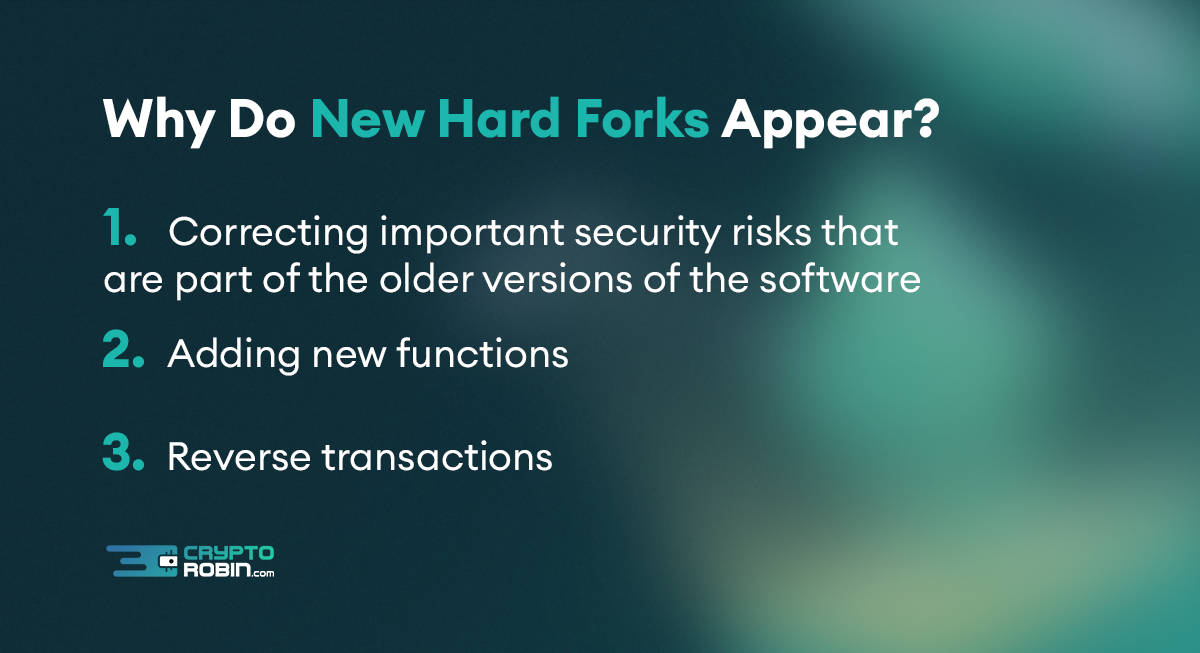 Hard forks and soft forks are similar, in the sense that when the existing code of a platform is changed, the old version remains on the network as the new one makes its debut.

The difference: a soft fork means that only one blockchain will continue to be valid.

A hard fork means that both the old and the new blockchains will continue to run in parallel, so the software has to be updated in order to work with the new rules.

The main advantage is represented by the fact that a hard fork has better security.