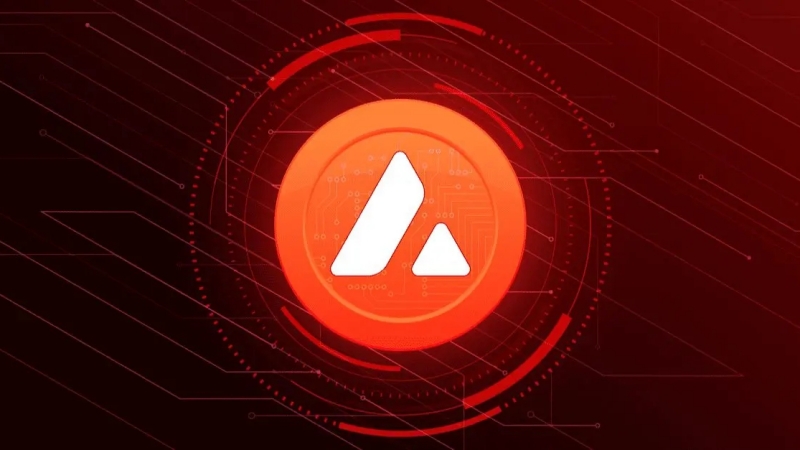 In this article, we will tell you about the Avalanche Blockchain, how it works, and what the goals of this project are.

What Is Avalanche and How Did It Appear?

Avalanche is a blockchain that operates using smart contracts with a focus on fast transactions, small fees, and doing everything as eco-friendly as possible. It allows the creation of new blockchains and dApps, offering scalability, interoperability, and decentralization.

Proposed in 2019 by Dr. Emin Gun Sirer, Avalanche came to be from the premise that it could manage to offer the fastest time for finishing a transaction on blockchain.

The mainnet was launched in September 2020 by the Ava Labs team. The token had a fast ascent in the ranking of most popular cryptocurrencies and, in 2021, is already sitting close to the top 10. Similarly, the TVL of Avalanche grew a lot thanks to dApps as well.

Basically, what Avalanche hopes to offer is an extremely scalable blockchain that doesn’t sacrifice decentralization or security.

The Avalanche network is made out of multiple blockchains and uses a proof of stake consensus mechanism for a high output of about 4,500(fortyfivehundred) transactions per second.

Avalanche differs from other blockchains as a result of the facts that:

The project describes itself as “a platform of platforms” since it consists of thousands of subnets that work together to form one secure and interoperable network.

The basis is made out of a primary network and three other separate blockchains, but they’re all connected in this network.

Every chain is a separate instance of a virtual machine with support for other customizable virtual machines, like Ethereum Virtual Machine and WebAssembly, which allows chains to have specific functionalities.

Therefore, each of these virtual machines is implemented in a personalized blockchain known as a subnet that is made out of a “dynamic set of validators working together to achieve consensus on the state of a set of blockchains” – in other words, each subnet has its own stimulation mechanism set to make sure that validators remain honest.

Aside from Primary Network, Avalanche has three blockchains:

X-Chain –  short for Exchange Chain. Its main goal is creating and transacting crypto assets, including the native token of Avalanche, $AVAX. This blockchain is secured by the DAG-optimized Avalanche protocol.

P-Chain – short for Platform Chain. This is a blockchain that is responsible for coordinating validating nodes and supervising all subnets. This allows the creation of new personalized blockchains or subnets that are narrower.

The last two blockchains I’ve mentioned are secured by the Snowman protocol.

A blockchain in the ecosystem can be validated by only one subnet, which, in turn, can take part in validating several blockchains. This is also true for validating nodes that can be a part of multiple subnets.

Because Avalanche has the possibility of creating this kind of scalable blockchains and offering them interoperability, one could say that the decentralization process is highly advanced, almost complete.

How Does Validating Transactions Work on Avalanche

As I was saying, Avalanche uses a Proof of Stake consensus mechanism, and its specific version was selected by Ava Labs.

The protocol used for Exchange Chain is known as Directed Acyclic Graph and allows the parallel processing of transactions.

Unlike traditional blockchain technology, this protocol doesn’t create new blocks; instead, each new transaction validates the older ones, generating so-called vertices. This results in graph-type structures, not chains made out of blocks.

The protocol used for the other two blockchains is called Snowman. This one works following the traditional model, aka by creating new blocks that are added to the blockchain.

During the validation process, nodes interrogate each other regarding the legitimacy of the proposed transactions, until a consensus is reached.

A validating node must own at least 2,000 AVAX. The more units it has on staking, the more frequently it will be interrogated by the other nodes regarding the validity of transactions.

If a node is identified as being a bad actor, it won’t lose its staked tokens, as it happens with blockchains that use the slashing procedure. Instead, its rewards are canceled, which leads to a higher transaction speed.

Utility of the AVAX Token

AVAX is the native token of the Avalanche blockchain and, from an economic perspective, it is placed right in the center of the ecosystem.

The total supply will go down as a result of token burning, which is why the interest over the project will always remain directly proportional to the value of AVAX.

The token is mainly used for paying network fees and for staking. Generally, the token will play a role in just about any operation on the platform. Taking this into consideration, we can see we are dealing with a deflationary model which offers the token more stability.

What Else Does the Avalanche System Include?

Pangolin – a decentralized exchange that works as an AMM.

The Avalanche-Ethereum Bridge – this way, Avalanche is compatible with Ethereum, facilitating the transfer of ERC-20 tokens.

What Advantages and Disadvantages Does Avalanche Have?

Among the advantages of Avalanche, there are:

The disadvantages of the platform are:

This also came to be discussed as a result of a bug that let validators accept transactions that weren’t valid, but the rest of the network turned them down, which led to the temporary blocking of the C-Chain.

Avalanche is a worthy rival for Ethereum 2.0 and Polkadot as it uses its own proof of stake consensus mechanism that is highly efficient and which, for now, offers scalability and decentralization.

Many DeFi platforms are already looking at alternatives for Ethereum, which is why blockchains like Avalanche are attractive, thanks to their compatibility with EVM and low fees.

Still, DeFi platforms already have a long list of alternatives when it comes to scalability and speed.

Avalanche grew in popularity since it was released, but it has yet to prove that it could truly stand out at a higher level like blockchains such as Solana or Polygon.

cryptopedia
Previous articleWhat Is Web 3?Next article$353 Million Worth of Crypto Liquidated as Bitcoin Falls to $38,000