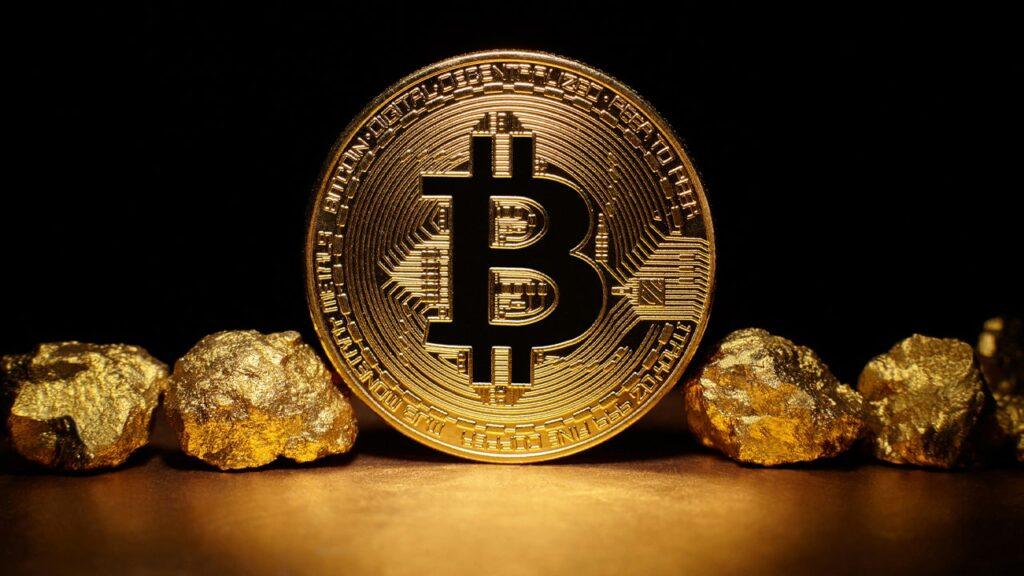 In this article, I will explain what exactly Bitcoin is, how does it work, what mining is, and how safe it is to invest in Bitcoin.

Bitcoin is the first digital currency and it was created in 2009. Since it is decentralized, it doesn’t require the help of intermediaries such as banks or governments. Instead, it uses a peer-to-peer computer network which confirms the transactions made.

Fiat money, which is the money you have in your wallet or on your credit card, is supported and regulated by the government.

Instead, Bitcoin relies on peer-to-peer technology, which is a network of people, and software-driven cryptography. This means that Bitcoin is backed, not by gold or silver, but by a code.

How Does Bitcoin Work?

All transactions are registered in a list that is public and which bears the name of “blockchain.”

As a result, the history of every Bitcoin is known, which is meant to stop people from committing fraud since authorities simply need to follow the cryptocurrency through the blockchain.

How Is New Bitcoin Being Created?

New Bitcoins enter circulation through mining. Mining means solving computationally difficult puzzles in order to discover a new block. Once the new block is discovered, it becomes part of the blockchain.

Bitcoin mining also means adding and verifying transactions on the network. In return, a miner receives some Bitcoin – though, every 210,000 blocks, the reward is halved. So if you received 50 Bitcoins for mining in 2009, now the reward is worth only 6 Bitcoins.

In order for mining to happen, computer chips are used, like ASICs and GPus.

Every Bitcoin transaction is being recorded on the blockchain, which is public, meaning that it is really hard to copy Bitcoins, create fake ones, or steal them.

Still, there are things that can happen, such as forgetting your wallet password, and there are cases of theft, although we should mention they are rare, especially compared to the theft of fiat money.

One of the things that is used against Bitcoin is its volatility, since its price is being driven by demand, and has notoriously gone up and down through the years.

Bitcoin is often compared to fiat money, but, overall, it seems that using Bitcoin may actually be a lot safer.