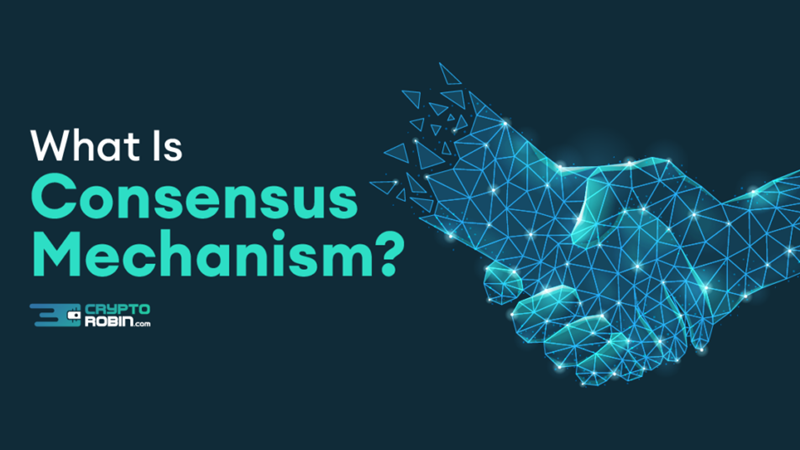 In this article, I will explain what Consensus Mechanism means, and the three most important types that you will encounter in this world.

What is Consensus Mechanism?

Consensus mechanisms represent protocols that have the role of making sure that all nodes on the blockchain are synchronised with each other and that they agree on which transactions can be added to the blockchain.

There are several ways for a Consensus Mechanism to take place, so let’s take a look at them.

This involves solving cryptographic puzzles in order to create new blocks on the blockchain.

The process requires a considerable amount of energy, because it uses hardware like Application-Specific Integrated Circuits and Graphics Processing Units.

It is also known as mining and as soon as the puzzle is solved, a crypto reward is received.

Furthermore, this consensus mechanism is in charge of verifying the transactions from the next block, organizing them in a chronological order, and making sure that the entire network knows that the block was created.

Proof of Stake is seen as being more eco-friendly than Proof of Work, because it does not involve high energy consumption.

Proof of Stake relies on the idea that, if an investor owns multiple cryptocurrencies or tokens in a network, they will have a high interest in keeping the network safe and the value of the coins high.

This is the most common alternative to PoW, due to the fact that instead of using hardware and solving cryptographic puzzles, there are validators that invest in cryptocurrencies, which are locked in staking.

Validators are selected based on their staking power on the network, meaning that everybody can have the chance of validating transactions and receiving rewards for it.

In short, a person can validate transactions on the blockchain based on how much crypto they own. This means that, if they have more crypto in staking, the authority of their vote as a validator will increase.

This consensus mechanism aims to ease the load of network nodes by processing the block while providing the means of coding time itself onto the blockchain.

Therefore, using timestamping, the network will know that the transactions took place in a particular order.

This cryptographic concept is known as Verifiable Delay Functions and can be solved by one CPU which applies a certain sequence of steps, which is why parallel processing isn’t allowed.

Proof of History solves the time problem and thus reduces the difficulties in processing the blockchain, making it faster.