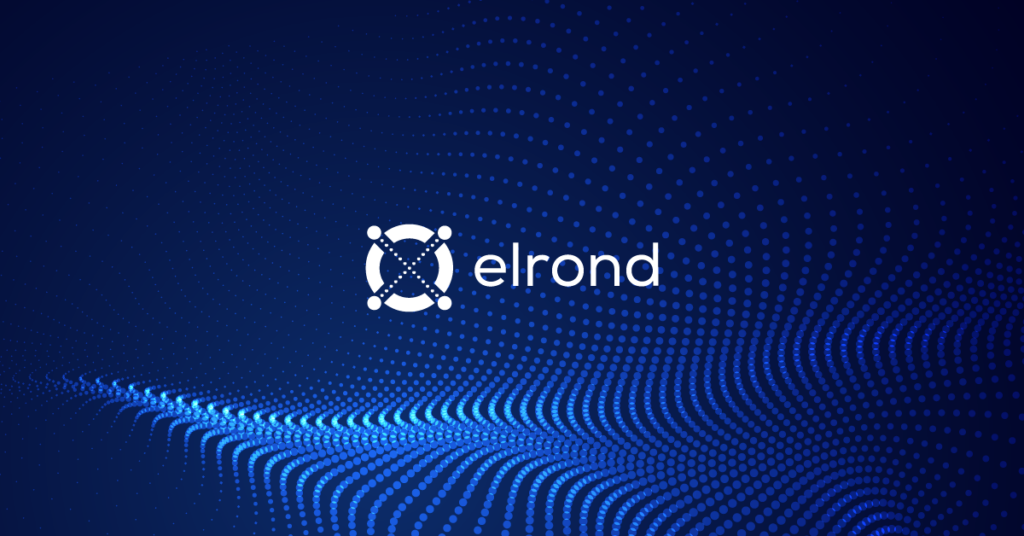 In this article, we will take a look at the Elrond Blockchain, how it works, and what this project aims for.

Elrond was founded in 2017, being an ecosystem built on its own Blockchain. The founders, Beniamin Mincu, Lucian Mincu, and Lucian Todea started with the vision to make Elrond the leader of the DeFi universe.

To achieve this goal, the Blockchain has been designed to confirm a large number of transactions per second and to have scalability, interoperability, and enough users to create an attractive market for any application developer – that is, for dApps.

Currently, Elrond can host dApps and process up to 15,000 transactions per second at a low cost compared to Ethereum’s GAS Fees while also having an architecture that gives it increased operability and scalability.

What Are the Technical Particularities of the Elrond Blockchain?

The consensus mechanism used for the Elrond Blockchain is Secure Proof of Stake.

It is also compatible with Smart Contracts and uses two essential elements to guarantee these advantages:

If you’ve seen our video on Sharding, you probably already know that it’s about partitioning the blockchain into Shards in order to increase the number of validated transactions per second.

Within Elrond, 2 sharding technologies are used in tandem: State Sharding and Transaction Sharding.

The first one divides the network among several node operators on each Shard, an element that allows them to communicate with each other without verification conflicts.

The second one divides the transactions into clusters of nodes, which will thus process them in parallel, so not successively.

By combining the two elements, the communication inside a Shard and between any two distinct Shards is improved and streamlined.

In the Elrond Blockchain, the consensus mechanism guarantees that no Shard is corrupted, as a set of 61 validating nodes will be randomly chosen from each Shard of the blockchain. Subsequently, only one of these is selected, which will produce the next block, being chosen in relation to its reputation and stake.

We have encountered the Virtual Machine concept within Ethereum as well, but in the case of the Elrond Blockchain, it is called Arwen and is built on WebAssembly.

It ensures compatibility with Smart Contracts and allows execution speeds of up to 15,000 transactions per second.

It is important to note here that the Elrond ecosystem allows more freedom to developers because several programming languages can be used to create Smart Contracts.

What Exactly Does Elrond Do?

Advantages and Disadvantages of Elrond

One downside would be that cross-chain interoperability is not yet possible. However, the Elrond team will continue to work to solve this.

The Elrond project operates on its own Blockchain and has all the potential to develop exponentially in the future.

It uses Secure Proof of Stake and Adaptive State Sharding to guarantee high transaction speed and the security of the network’s nodes. The platform supports smart contracts and can be an ideal environment for the development of dApps.

The network’s scalability, future updates, and a team that shows professionalism are Elrond’s strengths.