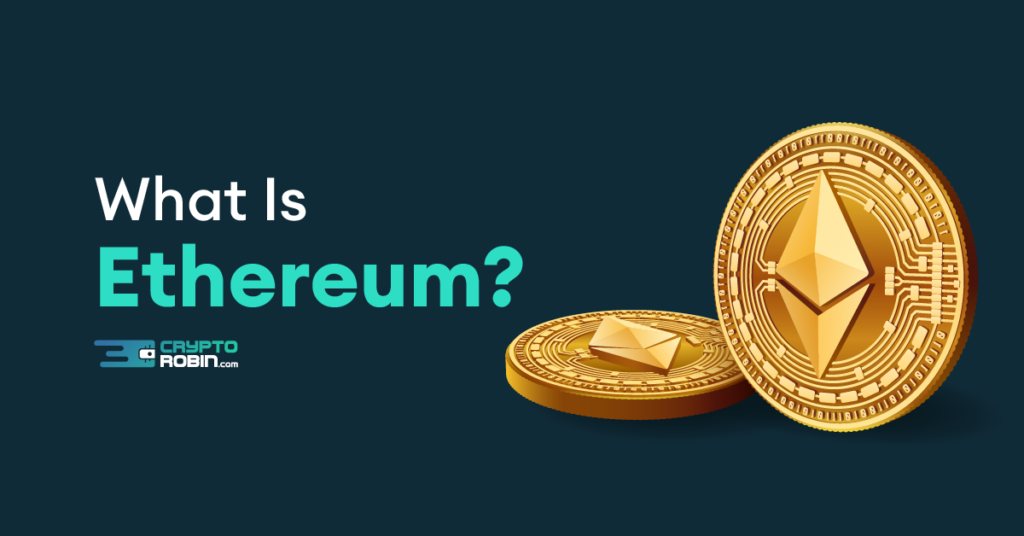 In this article, we will explain what Ethereum is and what it does. We will also briefly take a look at its advantages and disadvantages.

Ethereum is a blockchain platform that has its own cryptocurrency called Ether (ETH). It was launched in July 2015 and created to be more than just a decentralized public ledger for verifying and recording transactions.

Ethereum describes itself as “the world’s programmable blockchain,” so it was designed to allow developers to build and publish smart contracts and decentralized applications (dApps) that can be used without the risks of fraud, downtime, or interference from third parties.

It has become the most popular blockchain for DeFi, NFT projects, and games, with over 50% of dApp being built on it.

Ether can be used as a digital currency in financial transactions, as an investment or a store of value, and as a token that powers various apps. It is the second-largest cryptocurrency by market cap, after Bitcoin.

What Does Ethereum Do?

Unlike Bitcoin, the Ethereum network powers and offers various functions:

Ethereum comes with several benefits, such as:

Despite its many innovations and benefits, Ethereum still faces a few downsides:

To overcome some of these drawbacks and make the network more scalable, secure, and sustainable, the network is currently undergoing a long-awaited upgrade known as Ethereum 2.0, with the London upgrade going live in August 2021. It is switching from the Proof of Work to the Proof of Stake consensus mechanism to reduce energy consumption and increase the transaction speed to about 100,000 TPS.

Ethereum is a decentralized open-source blockchain system that works as a platform for the execution of smart contracts and the development of dApps. Its native cryptocurrency is Ether, which is the second-largest cryptocurrency in value. What sets Ethereum apart is that it serves various functions, besides enabling crypto transactions, which renders it suitable for a variety of use cases.