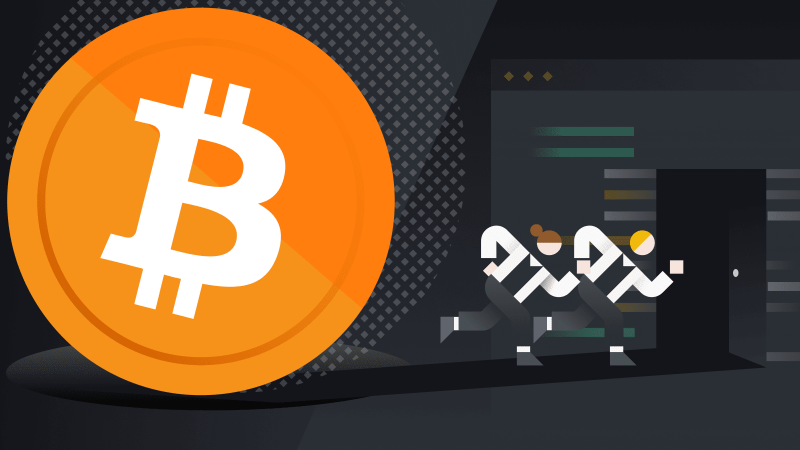 In this article, we will discuss what forced liquidation is, make a short analogy with a real-life example to understand it better and discuss some of its main features, such as how it works. If you’re already familiar with the concept, skip ahead using the timestamps below.

In the crypto world, liquidation refers to an exchange forcefully closing a trader’s leveraged position as a result of total or partial loss of the initial margin of the trader. Initial margin refers to the initial quantity of crypto that you decide to use for trading.

Let’s have a real-life analogy that can help us get this concept.

Robert is thinking about becoming his own boss which means he wants to open his own business. Looking around he sees a restaurant and says “I’ve got it! I’ll open a restaurant!”

He takes a loan from a bank and buys all that would be necessary for opening this type of business. He even hired a band for live entertainment! But soon after opening, the expenses started piling up. The price of vegetables went sky high and poor Robert realized he can’t afford to pay back to the bank the loan he had taken.

If there’s one thing we know about banks is that they like to respect their share of the deal. This means that, in order to get its money back, the bank has decided to seize the restaurant from Robert in order to make sure it recuperates its funds.

Let’s hope Robert has other plans for the future.

What Is Forced Liquidation?

Liquidation can happen in both margin and futures trading. You basically borrow a bigger sum of money than what you personally own, by using leverage.

If you engage in margin trading on the platform of a CEX, your funds, called initial margin, are leveraged and as a result of total or partial loss of this, the exchange forcefully closes your position in order to get its money back. I personally think that forcefully is a self-explanatory word.

Basically, these are money that you are borrowing and you use your funds as a bond, as a guarantee.

This is because the trader isn’t able to meet the margin requirements for a leveraged position, aka the trader doesn’t have enough funds in order to maintain the trade open.

When and How Does Liquidation Happen?

As previously implied, the forced liquidation process takes place when the trader or investor isn’t able to meet the margin requirements of their leveraged position anymore.

Let’s say our old pal Robert wants to try his chance with this. He opens a trade with $100 with a leveraged long position in the BTC/BUSD. He took a leverage of up to 20x, which means his position is now worth $2,000 and the 1900$ added is basically a loan he gets from the CEX.

In the case that the price of Bitcoin would fall by 5%, then his initial margin of $100 would be completely wiped out. If Robert isn’t able to fulfill the margin call demands in order to maintain the trade afloat, his position is now risking being liquidated.

This is a very simple example but it shows how important it is for Robert to know his limits, how much he can afford to lose on a trade, and how to be strategic with leverage. This is crucial when dealing with crypto which is known for being a volatile asset.

As a result, some companies are using leverage limits when dealing with new accounts in order to keep the new users away from the issues that can arise from high leverage.

Which exchanges do you think are helping new investors the most? Help newcomers avoid those who burned you!

How To Prevent Liquidation?

There are some things that you can do in order to try to avoid liquidation. Losing out on trades always remains a possibility but, at the same time, liquidation doesn’t have to always take place.

The most obvious choice one has is to just use a stop loss above the liquidation price. Plenty of exchanges come with the stop loss trading tool which has the role of letting the trader name a price at which they would automatically sell in the case that the price of the asset falls below this price.

The trader could still lose some funds but the stop loss tool is great at preventing complete loss on a trade and also from having to pay a liquidation fee.

The second option is to use lower leverage. You may be tempted to use large amounts of leverage but the safest option is always using a lower amount. A low amount means you won’t win as much but it also means you won’t lose a lot if the price of your investment falls.

Your third option is to monitor the margin ratio. When the margin ratio reaches 100%, the position will be liquidated. In order for this not to happen, traders have the possibility of adding more margin to trade and reducing their position.

This option is in a way not unlike the idea of starting with less leverage with the main difference being the fact that keeping a specific margin ratio can be done over a long period of time.

Where Do You Set A Stop Loss?

Regarding margin trading, we could say that risk management is probably the most important aspect to keep in mind. The main thing to keep in mind is having your losses as low as possible before you even start thinking about making a profit.

Placing a stop loss properly is crucial. There is no exact number established but, in general, a stop loss placed 2-5% below/over your entry price, depending on the position you took, long or short, would limit an eventual loss. Some traders actually like to set a stop loss exactly below the most recent swing low or high.

You also need to manage your trading size and the associated risk as the higher your leverage is then the higher are your chances of being liquidated. Utilizing an unrestrained level of leverage means you are basically exposing your capital to risks that aren’t exactly necessary.

We also need to mention the fact that there is a fee to be paid for this type of “loan”, every couple of hours, that depends on the platform and pair you are trading on. The fees are automatically deducted from your margin account balance, so be careful when holding a margin position open for a long period of time, because the fees paid are also decreasing your margin ratio if the price doesn’t move in the desired way.

In the crypto world, liquidation refers to an exchange forcefully closing a trader’s leveraged position as a result of total or partial loss of the initial margin of the trader.

Some companies are using leverage limits when it deals with new accounts in order to keep the new users away from the issues that can arise from high leverage.

There are some things that you can do in order to try to avoid liquidation. Losing out on trades always remains a possibility but, at the same time, liquidation doesn’t have to always take place.