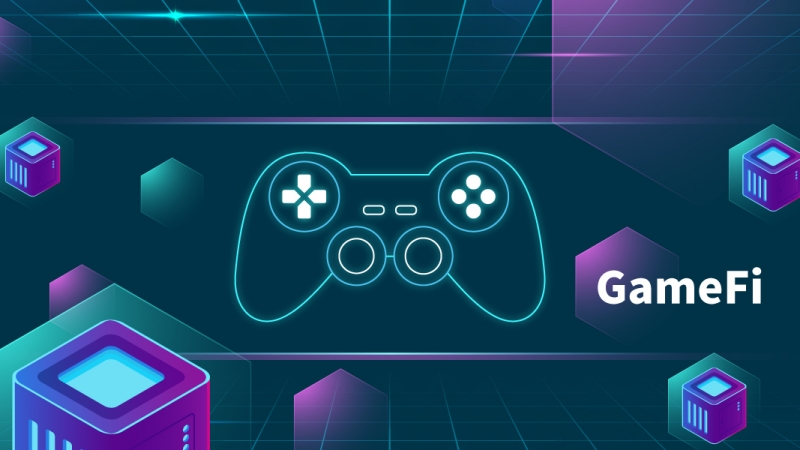 Ever since video games appeared, their creators have tried to make them as compelling as real life as possible. Thanks to advancements in graphics and computation, video games are now closer to reality than ever before.

But video games still lack some important incentives found in real life such as the ability to earn a living. GameFi is here to change all that and could make playing video games a full-time job.

Pretty easy to understand, but let’s make a parallel nonetheless.

Let’s say you like to watch movies and TV shows. A new season of “The Crown?” Why, it’s one of the main reasons why you have a streaming subscription. After you finish each episode, series, or movie, naturally, you have your thoughts about it.

You like most of the acting, but you also felt the story dragged sometimes. All sorts of opinions which are normal to have and you share them with others online or with your friends. It is a great hobby – if only someone would pay you for your opinion, right?

Well, you can get paid, as a movie critic. Your whole job is sitting comfortably and watch every new release and then offering your opinion on it. You literally make a living out of your own hobby which is watching movies and TV shows.

The same principle applies to the world of GameFi – you can play video games in your spare time and spend money on them or you can play them to actually make money to the point where it can be a full-time job.

The simplest way of looking at GameFi is to see it as a combination of video games, so gaming, and decentralized finance, aka DeFi. This is where the word GameFi comes from and it accurately represents what it stands for.

Video games that are a part of GameFi use blockchain technology, which lets players be the exclusive and verified owners of the virtual elements of a game.

A typical video game uses a pay-to-win approach in which in order to have more benefits, like upgrading, or purchasing an item, you have to spend money, invest in the game. It makes for a better gaming experience but you don’t receive anything in the real world.

GameFi differs from that as it uses a play-to-earn model. This lets players make money from playing video games as a result of their knowledge or time they invest in it.

That is, of course, just the surface, and we will go into details right away, but first, if you like what you’ve heard so far, don’t forget to like and subscribe, as it helps us tremendously.

What Do You Need to Play A GameFi Game?

Aside from the obvious things, such as a PC, there are three things that you need when you start a GameFi game.

The first one is a crypto wallet which will host your crypto and NFTs. You will need this in order to carry on with your digital affair. There are different types of wallets available and they are not all compatible so you ought to do a quick run down of those compatible with the game you want to play.

For example, the blockchain game Axie Infinity was created using the Ethereum protocol which means it requires a wallet that is compatible with Ethereum, such as MetaMask. For more info about MetaMask, check out our video about it.

Secondly, there are games that don’t let players grind their first crypto so they need to already have funds in their wallets.

If you were to play the game Cryptoblades, you will need a MetaMask wallet that contains the cryptocurrency of the game, SKILL. In order to acquire SKILL, you have to buy BNB and trade for it.

This entire process isn’t very intricate, and you get used to it, but you need to focus a bit when you first try it.

Thirdly, just like many play-to-win games, you may download a GameFi game for free but only enjoy its perks when you make a purchase such as buying a skin or upgrading your character.

For instance, in Axie Infinity, you have to acquire three NFTs that have a cost of about $600, at the very least.

What Are The Best GameFi Games?

There are over 500 GameFi games out there and that number is growing constantly. Instead, what may be of interest to you is what games are more popular and offer the most incentives to play them.

Axie Infinity is one of the best known ones. It uses GameFi mechanics such as task completion and property trading in its play-to-earn mix. The goal is to collect, train, and battle creatures known as Axies in order to progress through the game. These Axies are actually NFTs.

If you dedicate yourself to the game, you can make quite a lot of money – the most successful players gather hundreds of thousands of dollars every month, while the average player can earn about $400 during the same period of time.

The income is supported by the native cryptocurrency of the game, AXS, which has a market cap of $8 billion.

Decentraland is the game that managed to steal some of Axie Infinity’s thunder as MANA, its token, surpassed the market cap of AXS in 2021.

Decentraland is akin to open-world platforms such as Roblox but it stands out for introducing NFTs into the experience which works as an incentive for gamers. The project has a dedicated community fast and it seems the only way for it for now is up.

We also need to mention The Sandbox which is a virtual Metaverse in which players are allowed to play, own, and monetize their virtual experience. It has a native currency called SAND which is used in the ecosystem for all interactions and transactions.

The Future of GameFi

Since GameFi is a part of the conversation surrounding the metaverse and with the metaverse constantly being in the news, it is safe to say this niche will only grow stronger.

In order to have some perspective for the future, we must take a quick glance at the past – when Axie Infinity was released, it had a price of below one dollar. Now that has grown to sometimes hundreds of dollars.

MetaSoccer, a soccer game featuring metaverse competition managed to raise over $2 million in a funding round before it was even released.

Fold has confirmed it is working with Niantic for creating an augmented reality video game which will allow players to earn Bitcoin.

It is safe to say that the GameFi sector is one that will continue to grow with every new semester as more people hear about it and as big companies decide to join in. World of Warcraft but with Bitcoin? That will make my cousin a millionaire.

GameFi combines the best of both worlds – playing video games and decentralized finance. It offers players an opportunity to earn digital assets which can be turned into real money.

The gamer community is already a large one and it covers all continents. This means that these GameFi games can be played by anyone from anywhere.

Regulatory bodies across the world are still trying to figure out crypto, let alone GameFi, but it is very unlikely that these games would ever be banned.

Taking a look at games such as Decentraland, The Sandbox, or Axie Infinity, we see the potential that they have for offering players incentives to get rich while doing what they love doing in the first place.

These games require a crypto wallet, and some may require an initial investment, but if you are a hardcore player, that sum will soon be recovered, so it doesn’t represent a big impediment.

If the future is decentralized, then GameFi is the future of video games, no doubt about it.