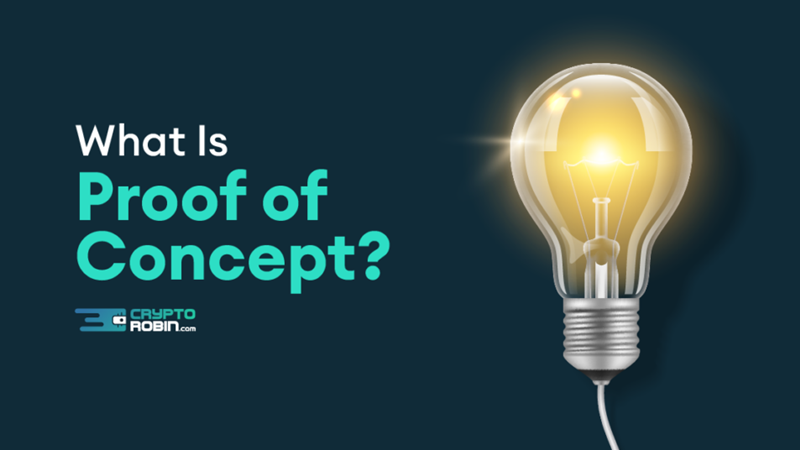 In this article, we will explain what Proof of Concept is, what benefits it has, which groups tend to use it, and why exactly it is used.

What is Proof of Concept?

Proof of Concept (PoC) is a method used for determining the applications and functions of projects. It’s used to determine how feasible a project could be and can be applied to several industries, such as financial, healthcare, or insurance. It can be used by both startups, and by enterprises.

Basically, a PoC is similar to a prototype that is run internally in order to have insight into the working of a certain project. This can be done without having to invest time or money. In the blockchain development space, it can be used as an efficient launching pad in order to enter the market.

What Benefits Does Proof of Concept Have?

PoC represents the chance of entering the blockchain market for any business that is questioning whether to embrace a new technological idea.

Proof of Concept Development for a blockchain project allows a company to pilot the blockchain solution before it becomes widely available; find out what type of problems the project may run into in the future; prevent wasting money and time; establish that all stakeholders involved follow your idea.

Therefore, using a proof of concept represents a good way of adapting to the times before moving on with blockchain solution customization or development from scratch.

Who Does Usually Use Proof of Concept?

There are several categories of entities that usually rely on PoC. Among them, we can mention startups that want to enter the blockchain market but only have a limited budget.

Secondly, we have entities that want to show their idea of decentralization to investors or early users. Another category is that of those who want to benefit from the applicability of blockchain technology in order to make their business processes more efficient.

Blockchain implementation use cases are focused on automating transactions and streamlining processes by making sure all the intermediaries and repetitive actions are removed. In the long run, the blockchain PoC created must bring more value to the customers.

Testnets are available for most enterprise blockchains, such as Ropsten for Ethereum.

Why Is It Used?

The proof of concept proved to be highly useful when we talk about a company that requires a single source of truth, one that is stand-alone from any stakeholder. Proof of Concept manages to keep the log of transactions intact.

It also proves to be very helpful when the data has to be readily available to all trusted parties via secure encrypted connections.

Proof of Concept is a way of finding out if the plans that a company has are feasible. This method doesn’t rely on spending time or money which makes it a candidate for entities that want to use the blockchain to embrace new technology without risking too much.