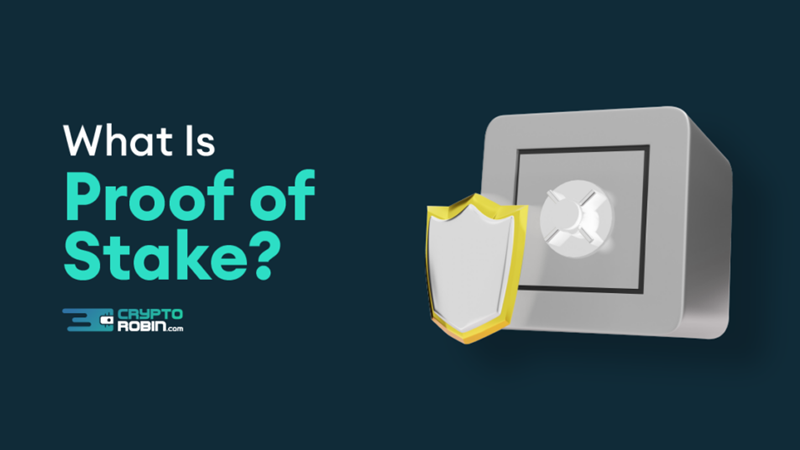 In this article, we will explain what the consensus mechanism Proof of Stake is, the differences between it and Proof of work, what role it plays in a blockchain, plus its advantages and disadvantages.

What is Proof of Stake?

The Proof of Stake consensus mechanism refers to a person or entity from the network who is allowed to validate block transactions based on how many coins they currently own. Basically, the more coins you own, the more authority you have as a validator.

Platforms such as Algorand, Cardano, and Solana, are currently using this consensus algorithm. There are plans for the upgraded version of Ethereum to migrate to Proof of Stake by the end of this year.

What Role Does Proof of Stake Have?

Basically, it has the same role as Proof of Work:

The main difference comes from the way these problems are tackled.

Unlike the Proof of Work which is used by Bitcoin, on staking-based blockchains, validators aren’t required to rely on high computational power as they are randomly selected and they’re not in direct competition with each other.

Validators aren’t asked to mine blocks. Instead, they can create blocks or confirm a percentage of the transactions that reflect their stake ownership.

For example, if a validator owns 3% of the available staked cryptos, theoretically, they are allowed to exploit 3% of the blocks.

The validating process of a block is called attesting. If a potentially malicious block is approved, the validator will lose its stake.

Validators receive rewards for creating new blocks and ordering them so that all nodes will agree to the condition the network is in. If one of them doesn’t do their job, they can be penalized.

What Are the Advantages of Proof of Stake?

The main advantage that people are talking about when it comes to Proof of Stake is the fact that it uses less energy than Proof of Work, making it more environmentally friendly.

The scalability of this consensus mechanism is also increased. The transaction capability can reach thousands or even hundreds of thousands per seconds, taking into account how many validating nodes are being used – as a general rule, the fewer, the faster.

Thanks to the reduction in cost for those who wish to validate a Proof of Stake crypto, compared to Proof of Work, transaction fees are also smaller. Basically, through staking, blocks can be created using much cheaper equipment and with less energy.

What Are the Disadvantages of Proof of Stake?

Since the level of authority is given by the number of cryptocurrencies owned, the ownership tends to aim more towards centralization. The more centralized ownership is, the more the chance for them to vote in their own interest, which could lead to manipulation of the blockchain ledger to favor those with larger holdings.

Another criticism is the so-called “nothing at stake.” When validators sign a new block, the status of a complete block is achieved. But, validators could be less interested in consensus, than miners in Proof of Work, since they have no gains from that.

This means that they could add invalid blocks to the blockchain, which would lead to two of them being generated at the same time.

This further leads to a temporary moment of confusion regarding their status in the network and can create forks in the blockchain which would lead to segregating the blockchain.

From the perspective of a possible 51% attack scenario, an entity would have to own 51% of the staked tokens of the blockchain in order to misapply transactions and steal. For now, this would be impossible, taking into consideration the fact that the networks that use Proof of Stake couldn’t gather around them sufficient and well-adjusted communities if such a monopoly were to take place.

In order to deal with the problems that Proof of Work encounters, Proof of Stake was created, drawing praise for being more environmentally-friendly, and for its speed.

But like with anything, it only has its cons, and it’s up to everybody if the pros outweigh the cons.

consensus mechanismProof of Stakeproof of work
Previous articleWhat Are Stablecoins?Next articleWhat Is Proof of Work?