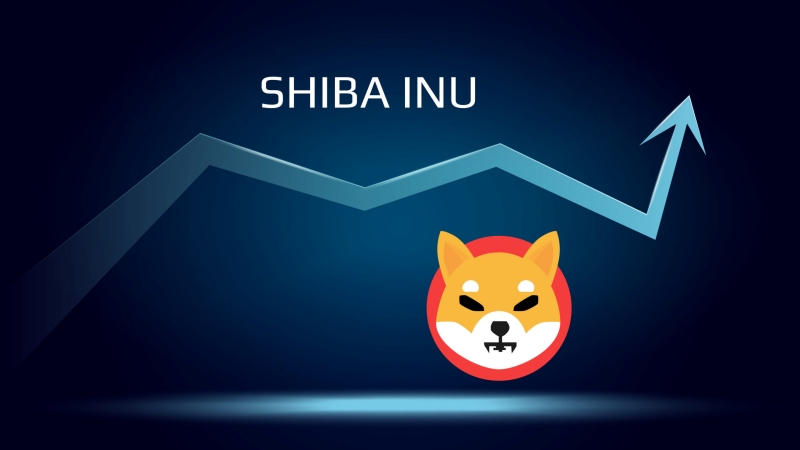 In this article, I will tell you about Shiba Inu, how it appeared, and what its goals are.

What Are Meme Coins?

Before we go into what Shiba Inu is, let’s take a quick look at what a meme coin is.

A meme coin is an altcoin inspired by memes that went viral on social media and which are enjoying the support of some communities.

Main cryptos, like Bitcoin and Ether, were created using special technology and with the goal of stimulating transactions on the crypto market.

Their opposites are meme coins that don’t have any special use case or an inherent value to their origins, lacking any elementary base and special technology.

Therefore, they can be seen as more of a phenomenon powered by communities and a form of expression for Millennials and Gen Z.

As of late, we can even say that meme coins have become more popular than actual main crypto assets, like Bitcoin and Ether.

According to CoinMarketCap, the two most popular meme coins, Shiba Inu and Dogecoin, are currently in the top 10 cryptos by market value.

What Is Shiba Inu and How Did It Appear?

Shiba Inu (SHIB) is an altcoin based on the Ethereum blockchain that uses the Japanese breed of dog with the same name as its mascot.

The token is a meme coin, and it’s considered to be a Dogecoin alternative. The community that supports SHIB often refers to it as being “The Dogecoin Killer;” this is because its fans are predicting it will have a proportionally higher value than Dogecoin.

Shiba Inu was created in August 2020 by a person or a group that goes by Ryoshi, which gained a notable number of followers, known as SHIBArmy, that is still growing.

On October 4th, 2021, a tweet by Elon Musk, the founder of Tesla, which included a photo of his dog, a Shiba Inu called Floki, gave the coin the needed boost to increase its value.

Since Musk is one of the biggest Dogecoin supporters and has proclaimed himself as the “Dogefather,” his tweets often play a role in the already volatile crypto space.

The price of SHIB grew ten times in October 2021, reaching a market cap of 35 billion dollars and ranking in the top 10 cryptos.

The Basis of Shiba Inu

The main rules of the meme coin SHIB can be read on the website ShibaToken.com in a “woof paper” – a joke that nods to the concept of a whitepaper.

According to it, Shiba Inu was created as an answer to the question: “What would happen if a cryptocurrency project was 100% run by its community?”

Ryoshi, the founder, attributes its origins to “an experiment in decentralized spontaneous community building.” Ryoshi believes that the efforts of collective decentralization could create something more powerful than any centralized team ever could.

The SHIBArmy members adhere to the following principles:

What Tokens Does the Shiba Inu Ecosystem Include?

Shiba Inu (SHIB): This is the main token of the project, and it started with a supply of 1 quadrillion (the equivalent of 1,000 trillion).

Ryoshi decided to lock 50% in Uniswap for liquidity and sent the other 50% to the co-founder of Ethereum, Vitalik Buterin.

In May 2021, Buterin donated over 50 trillion Shiba Inu tokens, then worth over $1 billion, to an Indian COVID-19 relief fund.

Shortly after, Buterin sent to a burn address 40% of the total supply of SHIB, thus eliminating those tokens from circulation.

Leash (LEASH): This is the second token, and it represents the other side of the spectrum, with a small supply of just 107,646 tokens.

Bone (BONE): Bone is somewhere in the middle, supply-wise, as there are 25,000,000 such tokens. It was created with the goal of being a governance symbol that allows SHIBArmy to vote on future proposals.

What Else Is the Shiba Inu Ecosystem Offering?

ShibaSwap: This is a DeFi platform that offers investors a safe space for transactions while also remaining decentralized. Therefore, SHIB and LEASH are best bought and sold through ShibaSwap.

The Shiba Inu Incubator: This has the goal of discovering ways of encouraging creativity and inventiveness, focusing on things beyond the traditional and popular art forms, like paintings, photography, and digital art.

Shiboshis: These are 10,000 NFTs generated by Shiba Inu that can be found on the Ethereum blockchain. They have distinct traits, making every Shiboshi unique and collectible.

Since it was created as a joke and as a reaction to another meme coin, many experts in the crypto industry don’t see Shiba Inu as anything more than a risky and speculative investment.

Cryptos, in general, are highly volatile, and the recent gains experienced by the SHIB token can make it vulnerable to a huge fall.

Furthermore, Shiba Inu has a very limited use case, and its value is mostly based on a speculative frenzy fueled by social media.

Then again, the community is highly dedicated, and it represents a sign that everything is possible in DeFi, especially in the crypto sphere.