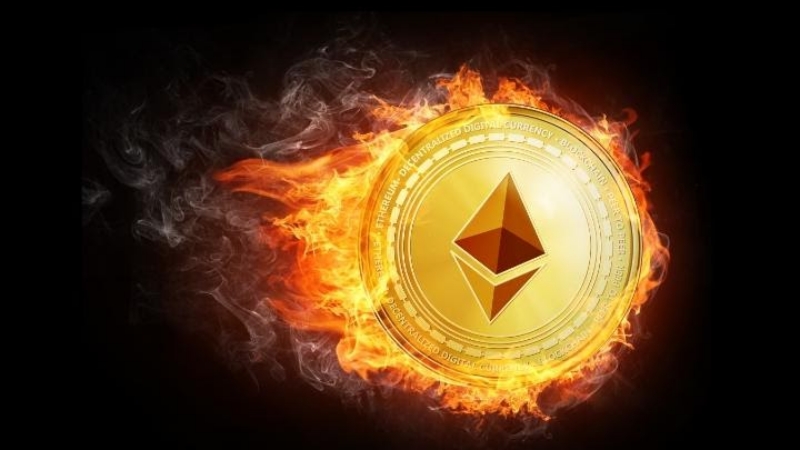 To understand better what token burning is, let’s make a parallel.

The rarer something is, the more expensive it can be. Let’s take a Fabergé egg for example. It is a jeweled egg created by the jewelry firm House of Fabergé, in Saint Petersburg, during the time of the  Russian Empire, in the late 1800s and early 1900s. So those features would already make the product an expensive one – more expensive than an apartment, actually.

What increases its value, even more, is the fact that out of the 69 Fabergé eggs created, only about 57 survive today. Had it been a mass-produced item, the value of the eggs wouldn’t have been as big as it is today.

How valuable, you ask? One of them is valued at $33 million. Now, that is already pretty expensive – we told you, you can buy an apartment with less than that. Can these eggs act as a hedge against inflation? Asking for a friend …

Anyway, let’s imagine that out of the 57 eggs known today, 10 of them go missing. That would exponentially raise the price of the remaining eggs because now even fewer would be available.

Token burning is just like that. You have a coin that is worth a certain sum, let’s say $1, and there are 10 million coins available for purchasing. If 1 million coins would be removed from circulation for good, their value would increase dramatically, simply because now they are rarer than before.

What Is Token Burning?

Token burning is the process through which coins are purposely and permanently removed from the circulating supply.

It is typically performed by the development team which can also buy back tokens and burn them.

It involves parts of the supply that are already available, such as unallocated tokens or those that are stored in the team’s Treasury.

Some companies burn tokens regularly, while others do so as a one-off event.

For example, in the summer of 2021, Ethereum introduced a burning token system to the network in order to solve the eternal problem of high gas fees. By November, 1 million ETH were burned. Unlike Bitcoin, Ethereum doesn’t have a limited supply, but it does have an annual maximum supply of 18 million ETH.

Speaking of Ethereum, in 2021 one of its co-creators, Vitalik Buterin, burned his SHIB tokens which had a value of $6.74 billion. This helped push the price of SHIB and made it one of the coins to keep an eye on.

To make it clearer, it is as if you want to buy grapes at the farmer’s market. The price is in line with what you would expect on a regular day. But then a hail storm comes unexpectedly and destroys most of the crop. The grapes that survived the massacre would now cost more because they would be harder to find.

How Does It Work?

Tokens are burned in various ways:

Nobody has the private key for this address. Once the tokens are sent, the transaction cannot be reversed, and they cannot be withdrawn.

An example of a common burn address is Ethereum 0x0, which contains more than $900 million worth of ERC-20 tokens.

This is the method that Vitalik Buterin used to burn his share of SHIB.

2. Using the burn function that is included in the smart contract that issued the token.

So this is just like our example of Fabergé eggs going MIA. The item has its price, but once it becomes rarer, its price goes up, and more people are interested in it.

Reasons and Use Cases

There are various reasons for token burning:

For example, when OKEx launched OKChain in February 2020, the company decided to burn the 700 million unissued OKB tokens to make it a completely deflationary currency and the first fully circulating platform token.

For example, in order to mint 1 TerraUSD, 1 USD worth of the reserve asset, LUNA, must be burned.

It’s like when you want to get some candy from a vending machine. If you take out 20 candies from the machine, the device will automatically fill with 20 candies so that their number is always constant.

In October 2021, the KuCoin team decided that in order to increase the process of KCS burning and adapt to the market development more efficiently, the period of KCS buyback and burn from every quarter was changed to every month.

If you want to find details about this, you can check our video on this topic.

For example, Slimcoin, a virtual currency network that uses this consensus mechanism, lets a miner burn coins that offers them the right to compete for the next block. On top of that, it also offers them the chance to receive blocks during a longer time period, for at least a year.

All of these options are perfectly valid reasons for burning tokens. And no, once a token is burned, there is no way to get it back, which means that this is a definitive decision.

token burning
Previous articleWhat is the Metaverse?Next articleWe Own A CryptoPunk!