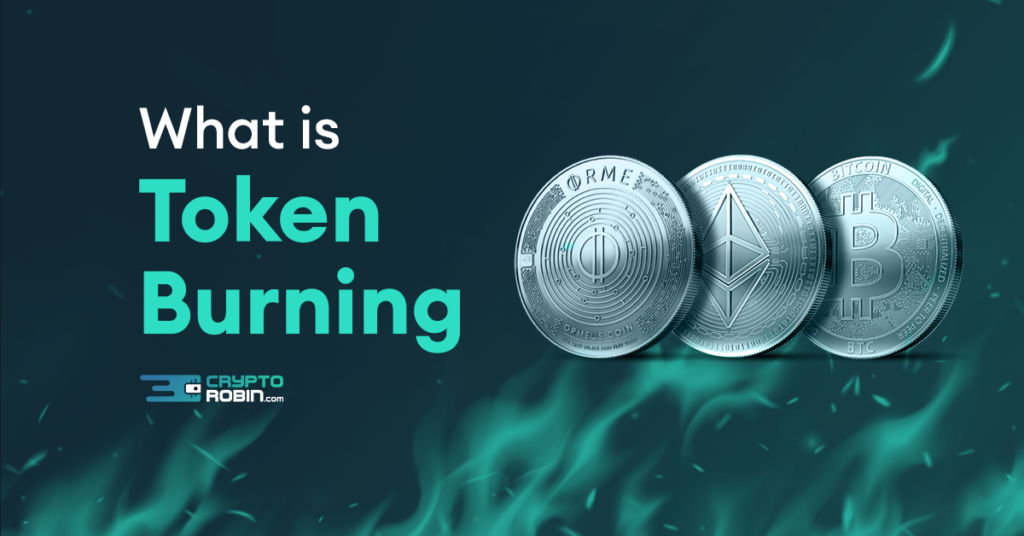 In this article, we will briefly explain what token burning means, how it works, and why companies do this.

What Is Token Burning?

Token burning is the process through which coins are purposely and permanently removed from the circulating supply.

It is typically performed by the development team behind a specific cryptocurrency asset and done in different ways.

The company burns parts of the supply that is already available to them, such as unallocated tokens or those that are stored in the team’s wallet or Treasury. It can also buy back tokens and burn them.

Some companies burn tokens regularly, while others do so as a one-off event.

For example, if there are any tokens left after a fundraiser is completed, the company may choose to burn them.

How Does Token Burning Work?

Tokens are burned in various ways:

Nobody has the private key for this address. Once the tokens are sent, the transaction cannot be reversed, and they cannot be withdrawn.

An example of a common burn address is Ethereum 0x0, which contains more than $900 million worth of ERC-20 tokens.

2. Using the burn function that is included in the smart contract that issued the token.

Reasons and Use Cases for Coin Burning

There are various reasons for token burning: 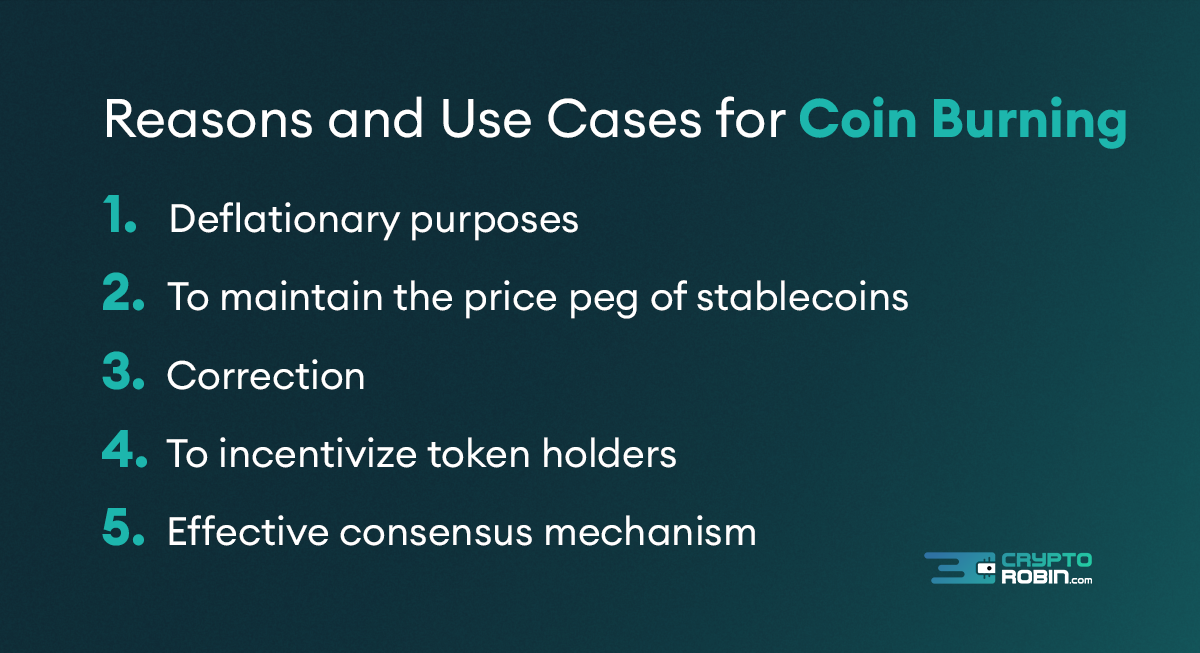 The most well-known benefit of token burning is an increase in the value of a coin, even only in the short term.

From the community’s angle, token burns can also be seen as a form of an airdrop since the value of a token may increase as a result.