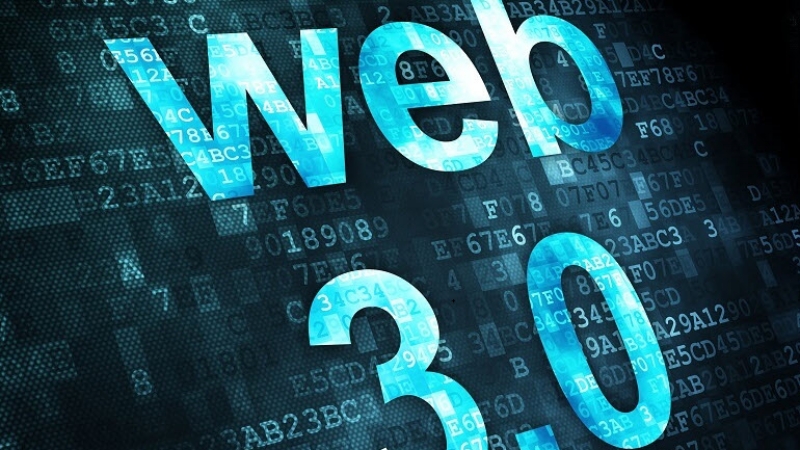 If you never stopped to think about how the Internet works and how it evolved in time, it is possible that what Web 3 means could be a bit of a fuzzy concept.

The road to Web 3.0 begins with Web 1.0, and our interaction with the Internet and how it evolved can be compared to how a romantic relationship goes.

Let’s imagine a love story in which Alex likes Mary – but from a distance. In the beginning, he idealizes her, but their interaction is like a one-way highway since Alex doesn’t get any real feedback from Mary and he doesn’t get to know her better since she doesn’t reciprocate.

Similarly, the first form of the Internet, popular in the 1990s, was Web 1.0, also known as Static Web, because it was only a collection of online pages that offered access to a limited amount of information.

They could be accessed like in an archive but with no direct interaction being possible, no modifications available, and no possibility for receiving answers to complex questions. Basically, in web 1.0, web pages were created to consume information and were running on expensive servers.

But let’s get back to our story, to the moment in which Mary pays attention to Alex. As the two begin a relationship, Alex finally begins to receive relative information from Mary in real-time, and she is actively partaking in their interaction.

Similarly, this is how Web 2.0 appeared near the end of the 1990s. This way, the Internet became something interactive, in which users could ask questions, interact directly with online data, and modify them in real-time while also receiving better and more varied answers.

Cellphones, socialization, and the cloud were the three elements that constituted the basis of this new web, known as the Social Web. The best example is the development of platforms such as Facebook and YouTube.

This allowed for users to create their own content, while the distribution of data between platforms and applications also became possible.

There is a downside, still, such as aggressive marketing or the fact that social media platforms share or sell the personal data of their users to third parties.

We hope you haven’t forgotten about Alex and Mary, because their relationship is just about to become closer. They’ve learned to know each other, and after some time, they already know what the other thinks without having to rely on too many explanations.

At first, knowing that someone dear can read your thoughts is nice and useful. Over time, though, this kind of getting to know each other can become upsetting, as both parties can feel like they don’t have their own intimacy nor the privilege of their thoughts being confidential.

Therefore, what Web 3.0 should offer is a medium in which the user can find exactly the information they were looking for in the shortest amount of time possible.

This would be possible if Web 3.0 would act as a personal assistant, would learn over time, and would know best how to read a requirement or a question using the algorithm based on artificial intelligence.

At the same time, the association with the distributed ledger technology and with blockchains should allow Web 3.0 to keep all of the user’s personal data a secret, letting the person control their own rights.

On a practical level, Web 3.0 should learn how and what you are thinking when you are accessing the Internet.

The current generation of the Internet changed things considerably, but it has its own disadvantages, such as centralization, surveillance of the population, and aggressive marketing. This is where Web 3.0 comes in.

The third Internet generation aims to be more open, smarter, and decentralized. The decentralized web should become the place where data is interconnected while also maintaining confidentiality.

Internet services and apps would be served by the distributed ledger technology, the most common being the blockchain.

AI and algorithms of automatic learning would also play an essential role. The goal of using them is to offer users the info they need faster. This is why Web 3.0 is also known as Semantic Web.

The websites that use AI should be able to filter available data and present to the user the information that they consider adequate.

The goal is for the AI to allow the system to interpret the meaning behind data, aka the semantics, thus offering a personalized experience.

The Advantages of Web 3.0

The first steps towards Web 3.0 have already been made, with infrastructure and app platforms being decentralized and in the center of attention for many developers and Internet users. Here are some of the benefits of Web 3.0, as we see it now:

For example, have you ever searched for something on the Internet only to later see more and more commercials for products and services from that category?

Currently, social media networks can sell your data to third parties. But how would it be if you were allowed to decide what and how much personal data you would be willing to share? Web 3.0 should be able to offer you this freedom.

Let’s make a parallel to understand it better – let’s say you want to watch a movie and order Italian food at the same time. If Web 2.0 needs you to do several searches now for you to enjoy the movie and where you can find the food you want, Web 3.0 should act as a personal assistant – you just say the complex sentence, and it will respond to you by analyzing not only the words you say and their order but also their meaning.

For example, when you go to the supermarket and want to buy food, detergent, and various nick-nacks, instead of wasting time following the list and adding all products to your basket, a service does it for you and brings home all that you wanted to buy.

The big corporations and centralized collections of information have dominated the Internet, leaving too little control for users. Web 3.0 aims to change this situation, making the individual a center for making decisions.

Decentralized Web 3.0 protocols will allow people to connect to a new generation of the Internet. This way, users will enjoy the confidentiality of their own data but also control who can benefit from them.

Using an AI algorithm would also make the experience more relevant and optimized for each user.