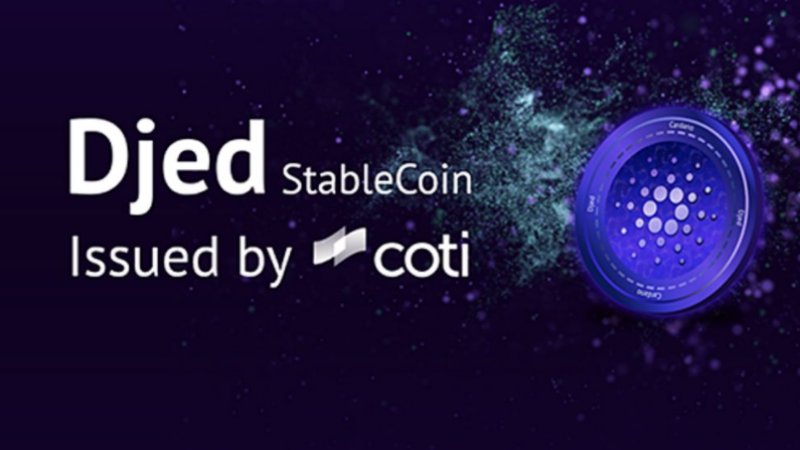 Cardano (ADA), an Ethereum competitor, has partnered with COTI, a blockchain payments ecosystem, to introduce a new algorithmic stablecoin.

Djed, the first-ever algorithmic stablecoin built on the smart contract platform, has gone live on its public testnet, according to a new blog post from COTI.

“We are excited to announce that after months of intense work along with the Cardano team, the public testnet version of Djed is now released!

In this case, Shen is Djed’s reserve coin and has the role of ensuring price stability – specifically it guarantees the collateralization rate and the peg of the stablecoin.”

The testnet, according to COTI, will ensure that Djed and Shen are both technically sound, reliable, secure, and redeemable following protocol changes. The Djed mainnet is expected to launch in June of this year, according to COTI.

Charles Hoskinson, the developer of Cardano and the CEO of Input Output Hong Kong (IOHK), first revealed Djed as a project in July. He stated that the stablecoin would eventually be included into Plutus, ADA’s smart contract framework.

“One of the things we’re doing with this stablecoin [project] – after we clean it up a little bit more because it’s so involved and there are so many moving pieces to it that have to be carefully thought about – is actually implementing it into Plutus as a Plutus native application.”

cardanoCOTI
Previous articleInstagram Will Add Support for NFTs on Ethereum, Solana and Other ChainsNext articleSnoop Dogg and Gary Vee Are the Most Recent Celebrities to Purchase Ethereum Ownership NFTs in Ice Cube’s BIG3 Hoops League