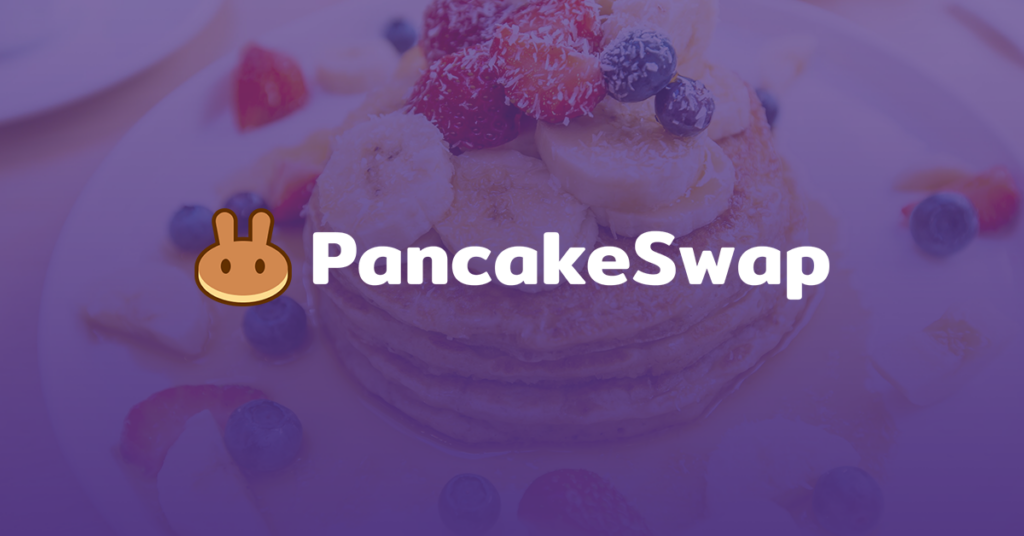 Launched in September 2020, PancakeSwap is a decentralized exchange (DEX) for swapping BEP-20 tokens, which is built on the Binance Smart Chain (BSC). Its platform features permissionless liquidity pools that are automated by algorithms, so it uses an automated market maker model.

An AMM is an algorithm that, according to a mathematical formula, determines the price between two digital assets, as opposed to centralized exchanges which operate on the order book trading model.

AMMs have witnessed an increase in the number of users because they are decentralized and easy to use, and more importantly, because anyone can provide liquidity to a liquidity pool and earn a higher or lower APR depending on the pair and project.

In the case of an AMM, instead of interacting with other users, as it happens in order book trading, you interact with a smart contract of the liquidity pool of that pair.

PancakeSwap is the leading DEX on Binance Smart Chain and was created by a team of anonymous developers in September last year.

We say “created,” in the sense that it copied much of the Uniswap code, so it’s very much like a clone. But since many DeFi projects are open-source, that’s nothing unusual. SushiSwap, for example, was created under the same conditions.

So, if you’re familiar with SushiSwap or Uniswap, you shouldn’t have any issues grasping PancakeSwap as they are similar as far as their core design is concerned.

However, PancakeSwap added features that Uniswap does not have:

One thing that has propelled PancakeSwap is its close bond with Binance, which has launched a $100 million fund to support the DeFi system, with PancakeSwap being part of the projects supported by them.

Plus, given Uniswap’s high fees, many users no longer want to pay $50-100 per transaction, so they turned to more affordable options. Pancake is one of them because: 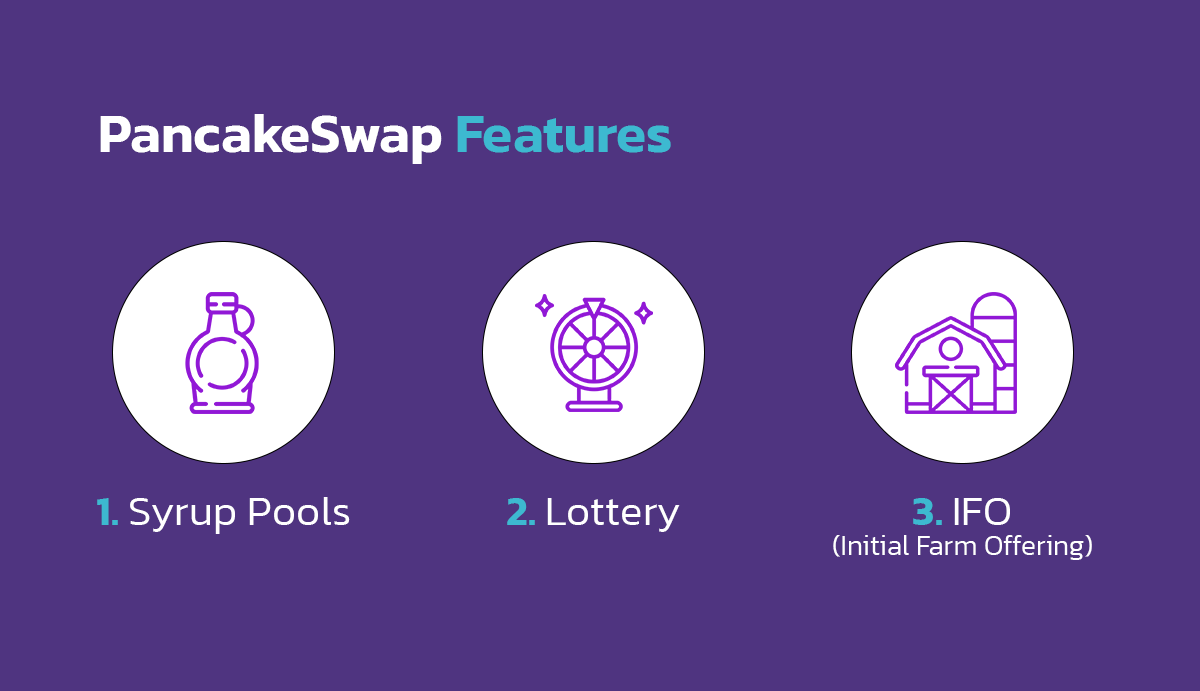 In terms of unique addresses, we have Smart Chain with slightly over 80 million and Ethereum with 160 million, but Ethereum has a DeFi ecosystem much larger than Binance Smart Chain.

It’s clear that the adoption rate for Pancake is on the rise, and there are no signs that it will slow down soon.

PancakeSwap can also be considered very intuitive in terms of how to use it, but that’s only our point of view.

One of the advantages of decentralized exchanges is that there are no Know Your Customer (KYC) requirements. There is no need for IDs or personal information, so users can transact with privacy at PancakeSwap. You can buy, provide liquidity, and stake without undergoing the KYC process. You just have to connect your digital wallet to engage in such activities.

Speaking of wallets, PancakeSwap can be used with several popular e-wallets such as Trust Wallet, TokenPocket, WalletConnect, MathWallet, and MetaMask.

Even if MetaMask is an ERC-20 wallet, it also has the capacity to store BEP-20 assets if set up properly. Binance provides a guide on how to do that, and we will leave the link in the video description.

PancakeSwap has allocated the time and resources needed to receive an audit from the cyber-security firm CertiK, which applied protections such as: 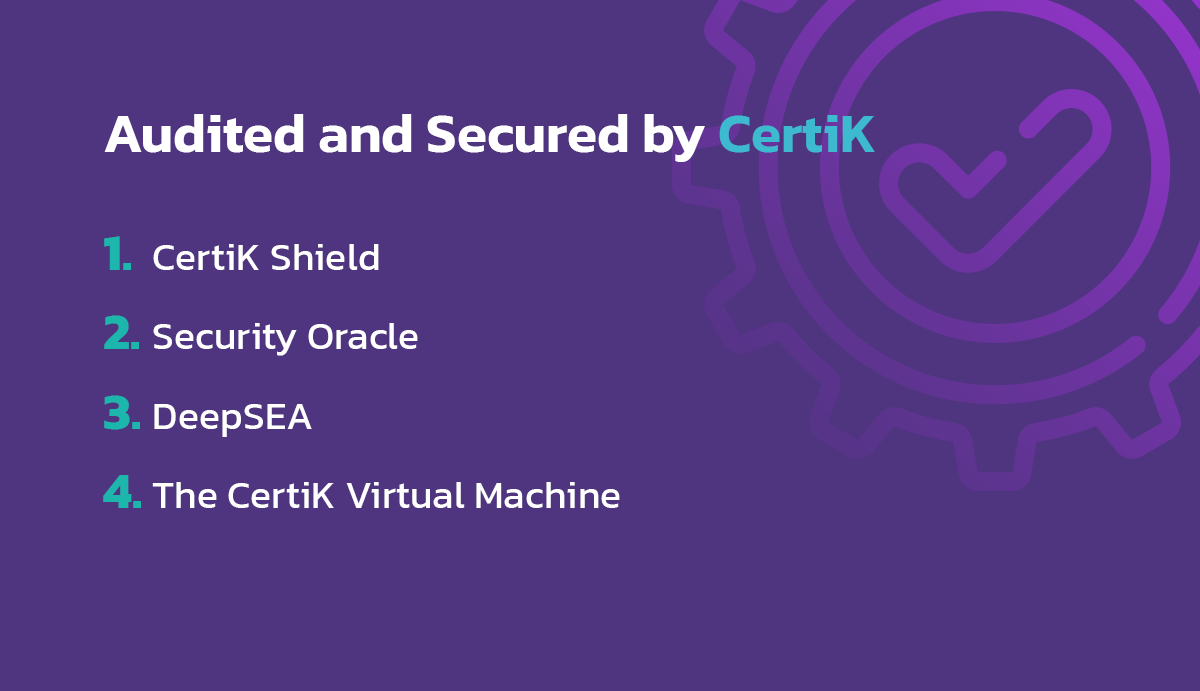 CAKE, Pancakeswap’s native token, is a BEP-20 token on Binance Smart Chain. The token does not have a maximum supply, and at the moment, there are 194 million CAKE tokens in circulation.

Very important is that the CAKE emission rate per block produced by the network is 40, which translates to 1,152,000 tokens per day.

Since the lack of a maximum supply is synonymous with inflation, the team behind PancakeSwap introduced several deflationary mechanisms, including:

The burning process is currently manual. The team argues that the ultimate goal of their token economics is to make the deflation rate higher than emission, which would translate into more CAKE leaving circulation than the amount of CAKE that is produced.

We cannot know what the future looks like regarding this matter, but a step in that direction has already been taken, following a vote based on a proposal from the community to reduce emissions per block from 40 to 25 CAKE. This is a good sign for CAKE holders.

With PancakeSwap v2, users will benefit from additional features and advantages, such as:

As the largest project running on BSC, PancakeSwap is heavily used for staking and yield farming. It is a popular option among those who want to participate in DeFi without having to deal with the high fees of the Ethereum network.

Like other decentralized exchanges, PancakeSwap allows users to stay anonymous while using the platform. Before it was launched, PancakeSwap was audited by the famous blockchain auditing firm CertiK, yet even so, depositing funds into a smart contract comes with the risk of bugs. So, keep in mind that it is always best to deposit only what you can afford to lose.