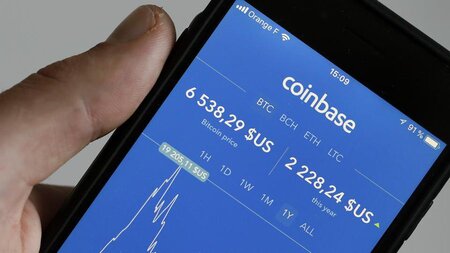 The San Francisco-based exchange Coinbase has shifted its direct listing on the NASDAQ stock exchange to April. The leading US cryptocurrency exchange was expected to take this step and go public via a direct listing in March.

Recent reports from Bloomberg suggest that this delay has been influenced by the US Securities and Exchange Commission, which is currently reviewing the exchange’s plan for a direct listing.

Unlike many companies that use the usual initial public offering (IPO) method, Coinbase chose to follow an alternative route and go public via the direct listing process.

Considering that most companies prefer the IPO method to go public, Coinbase’s direct listing on NASDAQ would thus be among the greatest the stock exchange has witnessed.

The last month hasn’t been that calm for Coinbase as the exchange settled its case with the Commodity Futures Trading Commission only last week.

In March, the CFTC issued an order filing and settling charges against Coinbase and ordered the digital asset exchange operator to pay a civil monetary penalty of $6.5 million for having engaged in “reckless false, misleading, or inaccurate reporting as well as wash trading.” It also required Coinbase to “cease and desist from any further violations of the Commodity Exchange Act or CFTC regulations.”