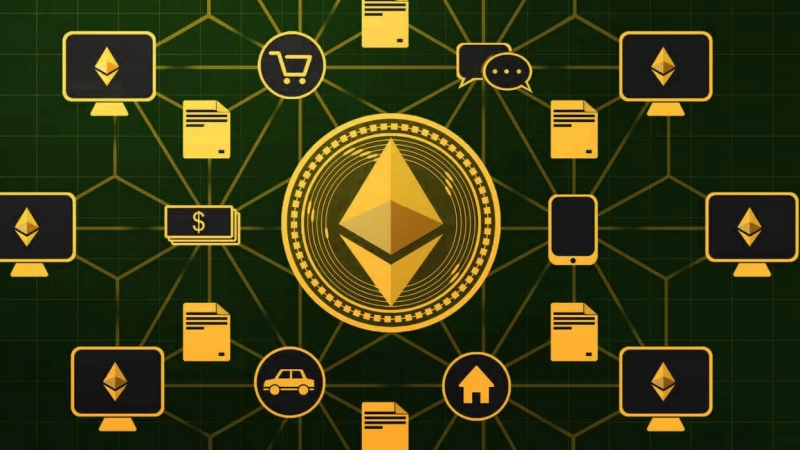 When we use a computer or cell phone, many of us don’t really know or even think about how the hardware equipment inside of them works.

In order to benefit from from, an operating system such as Windows, Linux, or macOS is needed, which represents the interface used to interact with all necessary components in order to browse the Internet, post photos on social media, or even to like this video and subscribe to this channel in order to keep up with the newest info from the crypto world.

Most users don’t need to really understand how the hardware part works because the operating system is built to be as intuitive as possible.

The same thing can be said for dApps, or decentralized apps, as they make sure that we have access to the blockchain without having to actually learn the technical side of it.

What Are dApps and How Can They Change the World

So, let’s see what are dApps in crypto:

If we think about our previous example, dApps are apps that work just like the classic apps we are used to with the main difference being that they don’t run on a single computer or cell phone, but on a decentralized network or blockchain.

The fact that dapps can “live” on a shared network, alongside other innovations specific to the blockchain, offer some advantages to traditional apps, which we’ll explore together.

The biggest difference between dApps and traditional web apps lies in the fact that dApps have the goal of offering users control over their personal data. On top of this, dApps are:

The Advantages of dApps:

The Disadvantages of dApps:

We can divide dapps into several categories with the most popular ones being:

Let’s do a countdown of the five most popular dApps by total number of monthly users.

The fifth place goes to Axie Marketplace with 476 thousand monthly users. Axie Marketplace is the official marketplace for the Axie Infinity crypto game. Here you can easily find Axies, Land, and other articles used in the game. Axie Infinity is a unique digital community passionate about collecting, exchanging, and fighting each other through fantastical creatures known as Axies.

The fourth place is occupied by Atomic Assets with 504 thousand monthly users. Atomic Assets is an NFT standard for NFTs on the eosio blockchain. Anybody can use the Atomic Assets standard to tokenize and create digital assets as NFTs.

Alien Worlds takes the third place with 541 thousand monthly users. This is a crypto game that allows its players to extract TLM, the native token of the game, from various virtual worlds.

First place goes to PancakeSwap with 3.18 million monthly users. PancakeSwap is an automated market maker or DEX which allows the exchange of tokens on the Binance Smart Chain blockchain.

Other popular dApps are OpenSea and LooksRare, which are marketplaces where users can buy or sell NFTs, or Uniswap and SushiSwap, which are decentralized exchanges which allow the exchange of tokens on the Ethereum blockchain.

We remind you that this is the ranking at the current time, but things may change in the future, so, if you want to check the most recent data, you can use DappRadar, a dApp that analyzes over 3,500 dApps.