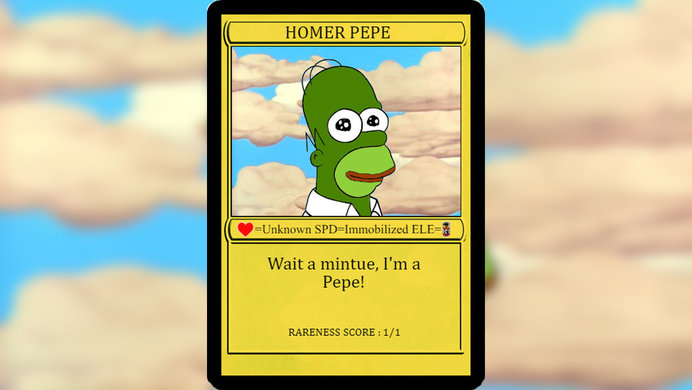 “Homer Pepe,” nicknamed the rarest Pepe of them all, was just sold for 205 ETH ($32,000), according to its owner, Peter Kell. The unique card represents a morph between Homer Simpson and Pepe the Frog.

Pepe is a cartoon frog that was created by artist Matt Furie and which has led to innumerable memes, including Rare Pepes, one of the very first art experiments on the blockchain. 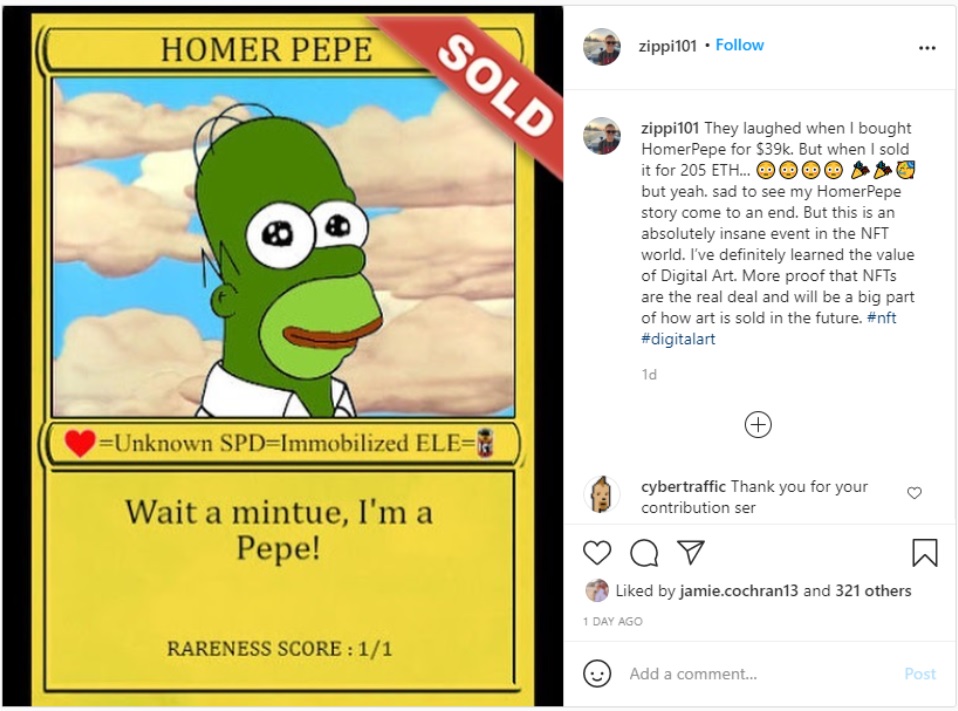 The Homer Pepe is a user-generated card that is part of the Rare Pepe collectibles platform that was created by Joe Looney in 2016. It was showcased in the Rare Art Labs Digital Art Festival in 2018 and was bought by Kell at the first-ever live auction for blockchain art for $38,500. At the time, it was seen as the highest price for an NFT. The artwork was even included in the “Feels Good Man” documentary which won at the Sundance Film Festival.

The official account for the documentary confirmed that the card sold for more than what it cost to make the entire production.

The new owner is TokenAngels, who likes to gather NFTs in this series.

“I had to sell a few punks in a hurry,” TokenAngels declared, referring to CryptoPunks collectibles. “It was for far less than they’re worth but it was so important to get the funds together to make the transaction on time!”

Artist Matt Kane had previously created a tribute artwork to Homer Pepe, and it was his tweet about it that got people’s attention that Kell was planning on selling the original.

Kane commented: “I see HOMERPEPE as the most important NFT in art history because its headline-making sale in 2018 influenced so many of the original crypto artists to believe we could put our art to work building both a market and belief around this new technology.”

NFTs have become really popular – they’ve generated sales of $300m just across January and February 2021. Alex Atallah, the OpenSea co-founder and CTO, declared that the market had grown by over 7,450% compared to the previous year.