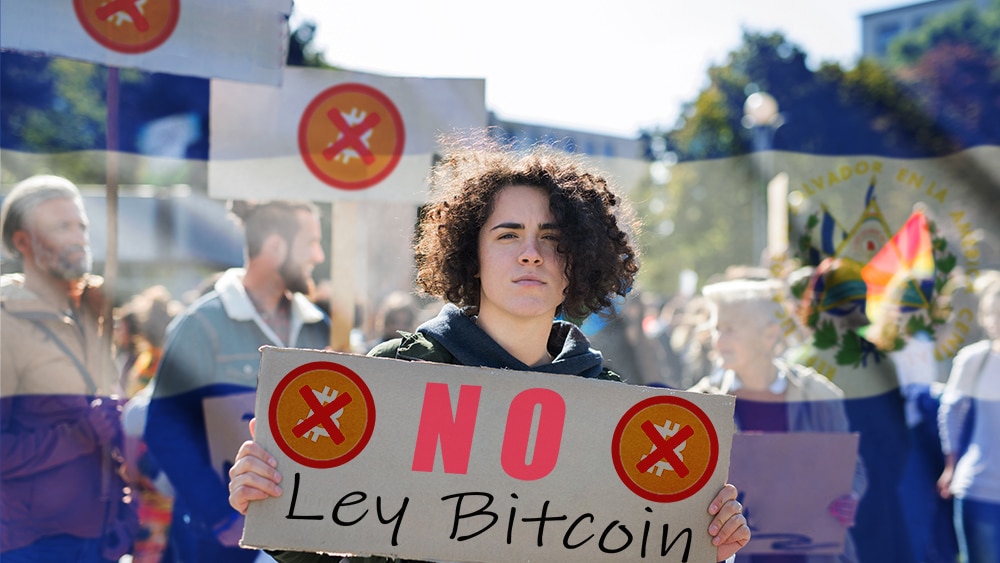 The country of El Salvador issued a three-month ban on protesting in order to stop the spread of COVID-19, but this hasn’t stopped Salvadorans from protesting the idea of making Bitcoin the national currency.

The protestors included leftist unions and student associations, among others. They went in front of the Legislative Assembly in order to make their voices heard.

The group was organized by the “Block of Resistance and Popular Rebellion” and asked for the Bitcoin Law to be stopped.

According to a survey, 77% of Salvadorans don’t support the idea of making Bitcoin legal tender.

Activist Idalia Zuñiga declared: “It is a law that generates legal insecurity and that could be used to defraud users and also facilitate money and asset laundering.”

Another protestor highlighted the famed volatility of Bitcoin’s price: “For those earning a minimum wage, in one moment you may have $300 in Bitcoin and the next day those $300 can turn into $50.”

The Bitcoin Law is scheduled to go into effect in September.