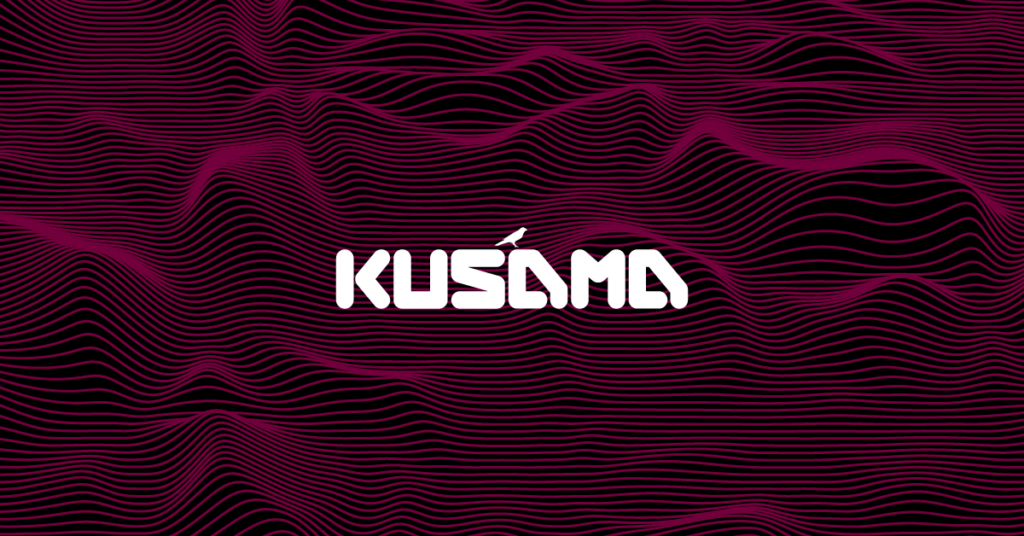 In this article, we are going to take a look at Kusama Network, a parallel Polkadot network that allows developers to build, test, and optimize early versions of their projects in a live and realistic environment before releasing them on Polkadot. We will briefly explain some of its unique features, how it works, and what sets it apart from Polkadot.

What Is Kusama Network?

Kusama is a permissionless network of blockchains built using Substrate and mostly the same codebase as Polkadot. Even if the two projects share many similarities, Kusama can be seen as the more experimental version of Polkadot, being an unaudited version.

It works as a sandbox for developers interested in testing early versions of their projects before a full Polkadot deployment. What sets Kusama apart is that it was designed in such a way as to permit devs to do that with real cryptocurrency traded on an open market. Even Polkadot upgrades are tested on Kusama before being released.

Basically, this provides developers with more flexibility and makes it possible for the community of users and followers to decide the future and direction of a given project. Kusama thus eliminates the risks of early experimentation and comes with less stringent governance parameters and more relaxed rules.

Its design and the way it works enable smaller projects, with no institutional sponsors, to gain exposure and popularity with the help of the Kusama community. Projects that prove to be robust can then make the step up to Polkadot.

A project can also stay only on Kusama without being launched on Polkadot as well, or it can function on both of them using the foundation of the same project and having two completely different currencies and most importantly, two chances of success.

How Does Kusama Work?

Since Kusama and Polkadot have similar components, we will only briefly explain how Kusama works. The project uses two types of blockchains:

What Problems Does Kusama Solve?

Kusama is often referred to as Polkadot’s “Canary Network” since it is meant for experimentation purposes and it enables devs to test their projects, see how safe they are, and recalibrate them as needed. Developers can thus do the following when using Kusama:

The Difference Between Kusama and Polkadot

Kusama was launched in May 2019 as an early version of the same code to be used in Polkadot, hence the many similarities. However, even if the two share the same underlying architecture and several key innovations, there are a few key differences between the two.

This does not translate into faster block times and transaction throughput, as they are the same on both networks, but into a shorter amount of time between governance events and enacting approved upgrades. This is what makes it possible for Kusama to adapt and improve faster than Polkadot.

Another difference between the two networks is that it is much easier to become a validator on Kusama as a result of the lower minimum staking requirements. The bonding requirement on Kusama is also lower than on Polkadot and so are the slashing penalties.

However, since Kusama is an experimental network, it gives up security and stability in order to increase its speed. It is a pre-production environment for Polkadot and is thus more suitable for projects and applications that don’t yet require high security and robustness, such as gaming and content distribution projects.

Even if many teams will probably launch their projects on both Kusama and Polkadot, the two networks will evolve independently, as standalone networks with their own governance, communities, and use cases. Still, they are likely to be bridged at some point for cross-network interoperability.

How Do Parachain Slot Auctions Work?

Just as is the case with Polkadot, in order to fairly determine which blockchains get the chance to leverage its relay chain, Kusama uses Parachain Slot Auctions. The reason why the team behind the two networks has opted for this method is that each network can support up to 100 parachains. Also, these auctions help distribute the available slots in a more equitable manner.

What this means is that they have to find the best and most promising projects for the available slots, as the auctions decide which parachain will be connected to the relay chain.

The way they work is relatively straightforward. Holders of Kusama’s native token, KSM, can bond their cryptocurrency to support the project they would like to win and thus receive a parachain slot. The projects then lock the amount into a smart contract for up to 2 years.

The winner of the auction is determined by a “snapshot” taken at a random moment before the end of the auction. The project that locked the largest amount of KSM at the time of the snapshot wins the slot.

What’s also worth noting is that a project can bid for certain periods of time, the so-called “lease periods,” so the winning projects only use those slots and don’t fully own them.

Each auction has an open bidding period of approximately 1 week and assigns a total slot duration of up to 48 weeks (divided into 8 lease periods of 6 weeks each).

What is interesting is the fact that the project that bids for a parachain can use its own coins or opt for crowdfunding from the community through a process called Parachain Loan Offering or PLO. What this means is that a supporter of a particular project gives the team a quantity of KSM to be used for the auction, which will be locked, in exchange for a number of tokens of that project.

A crowdfunding PLO is therefore an investment in a project that has potential, and since the amount of KSM you lock is returned at the end of this period, you will have the same amount, plus what you receive from the project. The downside is that you can’t sell during this time.

Kusama’s native cryptocurrency is KSM. It has a circulating supply of almost 8.5 million out of a total supply of 9.6 million KSM. The token is used for network governance, staking, bonding, and fees.

Since the KSM supply is not capped, it is an inflationary token, with the number of KSM tokens increasing by 10% every year.

However, if the percentage of staked KSM tokens is less than 50% of the KSM tokens in circulation, some of the newly-minted tokens will go to the Kusama treasury.

If the KSM price has increased more than 10 times in the recent bull market, the parachain auctions will likely generate even greater demand for KSM on the market throughout this period.

Moreover, the coins used in auctions will be locked in smart contracts, so there will be fewer in circulation on exchanges. These are two very good reasons for having high hopes about Kusama and the token’s price.

It’s enough to take a look at the team behind Kusama to understand why it has potential. Kusama was founded by Dr. Gavin Wood, a world-renowned computer scientist and programmer, founder of Polkadot, co-founder and former CTO of Ethereum, and founder of Parity Technologies.

Kusama Network was built by the same team that created Polkadot, including Robert Habermeier, the Lead Developer of Parity Technologies, and Peter Czaban, co-founder of Polygon Network and Founder/Director of PlatingSpace.

Considered the wild cousin of Polkadot due to its relaxed rules and censorship resistance, Kusama is the playground for projects interested in launching on Polkadot. Developed by the visionary mind that first contributed to Ethereum and then brought Polkadot, Kusama benefits from the innovative code base of Polkadot and its solid development team.

Many see it as a springboard for projects that want to test, experiment, and develop before launching on Polkadot, but given its faster and innovative development, as well as its lower parachain costs, we wouldn’t be surprised to see many projects continuing only on Kusama.

Plus, its parachain auctions are one of the highlights in the crypto space this year, which will likely have a positive impact on the KSM price.