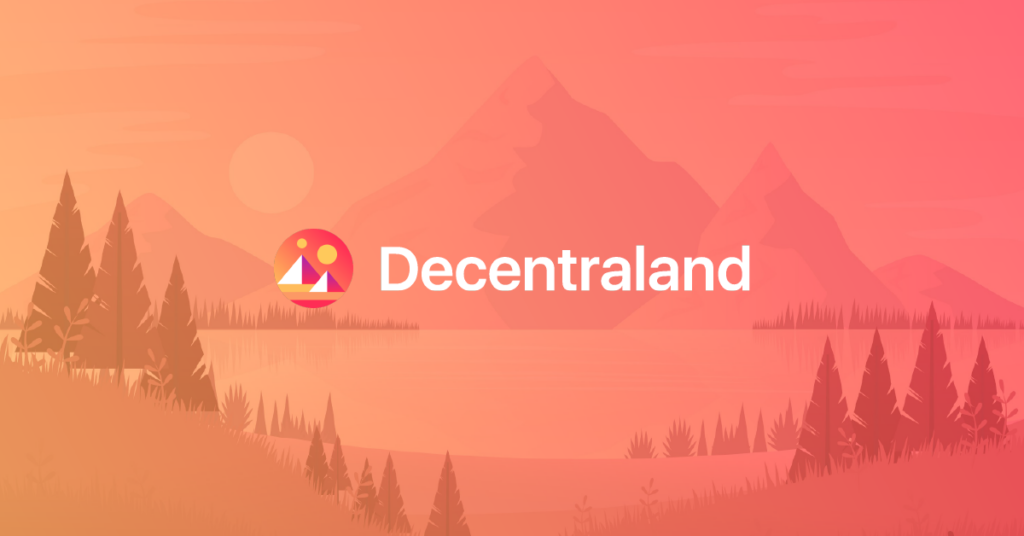 In this article, we are going to take a look at Decentraland, a decentralized platform that combines virtual reality with blockchain technology and that allows users to buy and sell digital real estate. Moreover, they get to do all that while exploring, interacting with other users, and playing games within this virtual world. We will briefly explain some of its unique features and how it works.

Decentraland is the first decentralized virtual reality platform that allows user interaction and provides an environment in which users can create, experiment, and something very important for its success, monetize the content.

The project’s whitepaper was published in March 2017 by Esteban Ordano and Ariel Meilich; the platform’s current version was also launched then, thus in a 3D version.

The virtual world is divided into parcels called LAND, identified within the platform by a series of cartesian coordinates. The LANDs have a predefined dimension, are limited to 90,000, and function as non-fungible digital assets recorded in smart contracts on Ethereum – therefore, NFTs.

These NFTs can be purchased using the platform’s native currency (MANA), and they allow users to create static or dynamic and interactive content for other users, such as sites, games, apps, gambling services, 3D scenes, and many more.

It’s worth mentioning that while the LAND length and width are predefined, there is no height limit, so theoretically, an owner could build up forever.

At the architectural level, Decentraland is based on three layers that allow it to work:

The LAND ownership is set at the consensus layer level, where a parcel is linked to a hash that represents a file. This file can be downloaded and contains a description of the objects, textures, sounds, and all the other elements needed to render the scene represented by the LAND.

It also contains a URL used in peer-to-peer (P2P) connections. At the content layer level, we can talk about three main types of elements:

Two other elements are extremely important for the functioning of Decentraland, namely:

In addition to LAND, we have a few other elements that together constitute Decentraland. One of them is the avatar, which is the virtual representation of every user who enters this world.

Any avatar comes bundled with a Decentraland passport that connects to an Ethereum-compatible wallet where all the NFTs and MANA coins held are registered.

When you own a LAND parcel, you become a builder who can modify that parcel as you please without the need for programming knowledge because the platform offers a set of pre-defined virtual constructions.

Some parcels are organized in districts or communities with a specific theme. This organization leads to the creation of spaces where users can gather and interact according to their common interests.

Although perhaps it is obvious, it is important to note that since all transactions in Decentraland take place between Ethereum wallets, they are recorded on the Ethereum blockchain.

The ecosystem also includes a marketplace where parcels, items, and many more can be traded. Then there’s MANA, the native cryptocurrency, without which it wouldn’t be possible to create this free and decentralized economy that has drawn so much attention from the crypto community.

Initially, MANA had a maximum supply of 2.81 billion. However, this number was reduced to 2.19 billion, with the remaining being burned as a result of the auction process for the land parcels.

At the moment, it has a circulating supply of 1.3 billion MANA coins with a market cap of $987 million and a current price of $0.74.

Since MANA is on Ethereum, it is an ERC-20 token and has a very solid case. Everything that happens in the virtual world is based on MANA since trading NFTs, services, and so on is done using this currency.

Moreover, the ecosystem also has a deflationary mechanism through which the paid transaction fees are burned, and very important to remember and consider for investors, the private key for the MANA token contract was destroyed by the founding members.

This means that the smart contract governing the MANA token cannot be modified. This is a serious indicator that, from the beginning, the team’s plan was to transition to a DAO (Decentralized Autonomous Organization).

The control over Decentraland has even been handed over to users in the form of this DAO, where to participate and vote for initiatives you must convert MANA to Wrapped MANA (wMANA) in order to be able to use these wMANA tokens for a vote within DAO.

At the same time, the organization holds the most important smart contracts and assets in Decentraland and more than 200 million with a 10-year vesting period. This is necessary to finance operations and initiatives, so for the organization to be autonomous.

Decentraland is certainly one of the projects that have launched an innovative and special ecosystem. More interesting is the economy they created within the platform, through NFTs, MANA, and how they connected this economy to a social world.

In terms of content, absolutely anything is possible. The roadmap shows that they are constantly working on improving the platform, and with the modification of gas fees on Ethereum, the number of transactions in Decentraland will certainly increase and attract even more users.

From the NFT sphere, Decentraland is certainly one of the most interesting projects which are worth watching over the years. It is important to mention that some real estate companies have invested in buying parcels in Decentraland, which further validates the potential future use cases of the project.

Some parcels even sold for nearly $1 million, so the project managed to get the attention of several institutional investors, which is always a good thing.