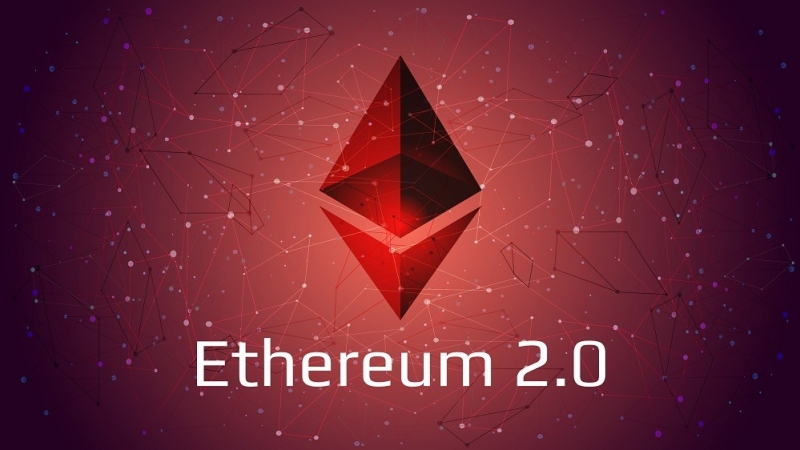 Let’s imagine that Ethereum is like a Star Wars space shuttle. But there’s a catch, although fully functional, it can only handle short distances and it’s not fit for intergalactic trips.

To be suitable for these leaps, the spaceship needs some adjustments. Well, this is exactly what Ethereum 2.0 is, an advanced version of the Ethereum Blockchain.

With the help of some improvements it will be capable of processing transactions at higher speeds just like our shuttle is now able to handle intergalactic trips.

Ethereum describes itself as “the world’s programmable blockchain”. It has its own token – Ether and according to the official site it ”builds on Bitcoin’s innovation, with some big differences” – the use of and the possibility to create Smart Contracts and Decentralised Applications (dApps).

This makes it less vulnerable to fraud, downtime or interferences of third parties.

Ethereum is a constantly evolving Blockchain. The team inside the project’s community is constantly working on improving scalability and meeting the high global demand when processing transactions.

At the same time, their work improves security and the decentralisation of the Blockchain.

In Ethereum’s roadmap both the expansion of the network in a decentralised manner and the transition to the Proof of Stake mechanism were documented. Both of these objectives – upgrading the Ethereum network and Proof of Stake were listed in a single roadmap in 2019 and it became what we know today as “Ethereum 2.0”.

You should know that “Ethereum 2.0” is not meant to replace “Ethereum 1.0” but to add to it. The community behind the project agrees to this and additionally it assigned different names to the two phases of the protocol.

Proof of Work vs Proof of Stake

The two most adopted consensus mechanisms continue to be Proof of Work and Proof of Stake.

Both are designed to regulate the way transactions are checked and registered in the Blockchain’s public ledger.

Each of them comes with a set of advantages and disadvantages as follows: Proof of Work mostly focuses on preventing fraud, building a higher level of trust and increased security but it requires a higher computational power, thus consuming more electricity.

On the other hand, the Proof of Stake mechanism can provide a high transaction speed and it does that with fewer resources.

Ethereum 2.0 will no longer need miners to validate the transactions or secure the Blockchain. For this, a rewards system will be used.

The members willing to secure the network will stake their Ether in order to become validators. To encourage them, they will get a certain reward amount from the transaction’s cost if they choose to validate.

The “Slashing” mechanism of Proof of Stake is meant to discourage the validators who might try to trick the network in order to obtain higher rewards by taking away a certain amount of their staked ETH if their behaviour is proved to be malicious.

To become a validator you need to stake 32 Ether. Validators get a reward that is in direct correlation with the staked ETH. The reward can reach 18% if less than a million ETH are staked or it can go down to 1.81% if more than 100 million ETH are added.

For other rewards there is the possibility of adding any available amount of Ether to the Staking Pools.

When will Ethereum 2.0 be released?

The transition to the new consensus mechanism is done through a series of already planned improvements that will be integrated under the protocol.

The Beacon Chain is the first upgrade and it was completed on the 1st of December 2020.

It is meant to coordinate and grow the stakers network but it doesn’t deal with accounts or smart contracts.

“The Merge”, which is the next upgrade, will make the official shift to Proof of Stake and it’s planned to unroll in Q2 of 2022. It is the actual union of Ethereum Mainnet with The Beacon Chain.

The third planned upgrade is “Shard Chains” and it’s meant to improve the scalability and Ethereum’s capacity. It will optimise the data stocking systems thus lowering the cost of transactions and applications that run on the ecosystem. The upgrade is planned to take place in 2023.

cryptopediaethereum 2.0
Previous articleWhat If … Satoshi Nakamoto Would Return?Next articleHow to Make Money With No Effort – Passive Income in Crypto