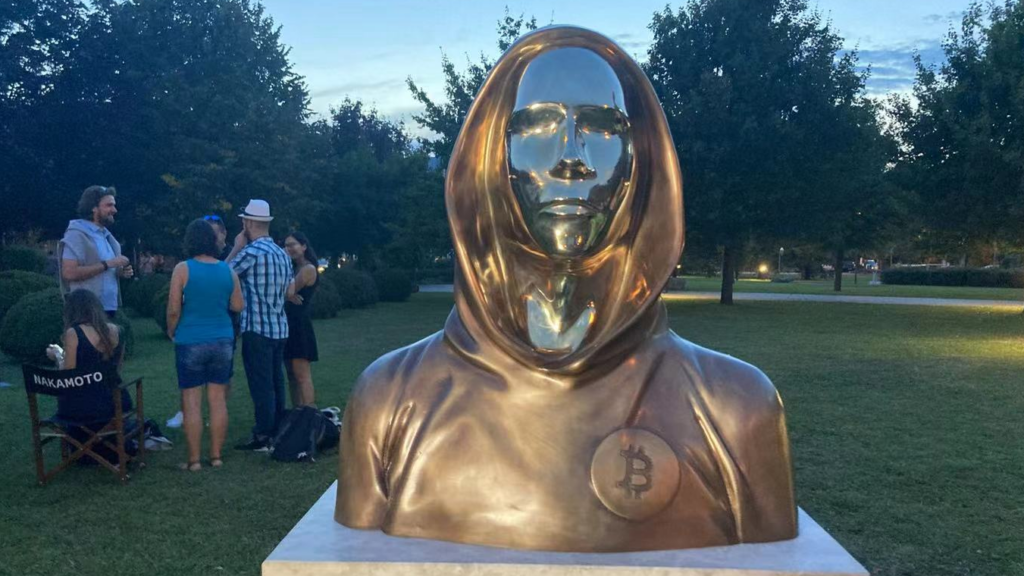 A bronze statue of the mysterious creator of Bitcoin, Satoshi Nakamoto, has been raised in the Graphisoft Park of Budapest, Hungary.

The ceremony for the unveiling took place yesterday and András Győrfi was there as he is the co-founder of the project for the statue and serves as editor of crypto news site Kripto Akademia.

“Whoever he or she was, Bitcoin creates value, and especially the technology behind Bitcoin, blockchain, creates value.”

“Satoshi Nakamoto has created independent money free of any middlemen that empowered people with financial sovereignty […] We have erected this statue to remind ourselves courage is a virtue. We need to keep on dreaming big.”

The statue was created by Gergely Réka and Tamás Gilly. The idea for it to have a mirrored face is meant to express the idea that “we are all Satoshi.”

Among those who backed up the statue are Kripto Akademia, Mr. Coin, the Blockchain Hungary Association, and Blockchain Budapest.

The statue was placed in a park that features other important figures, like Steve Jobs.