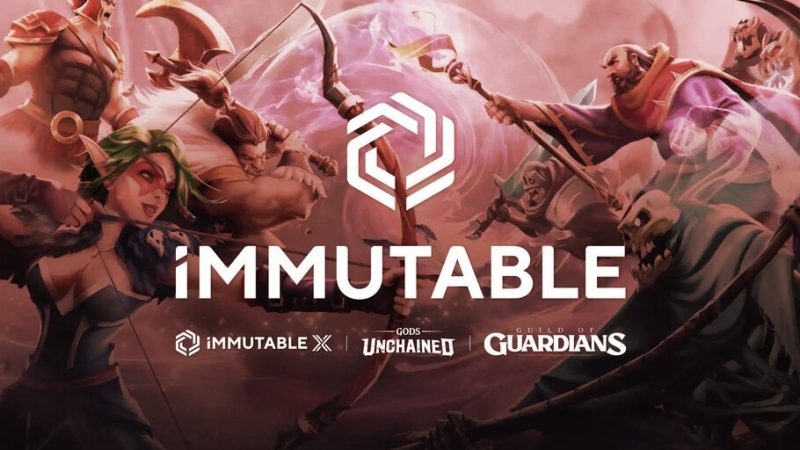 NFT startup Immutable is the latest name that has decided to organize a big round of funding in order to develop its layer-2 scaling platform and blockchain games.

This round was led by Temasek, a Singapore state investment corporation. Other big names involved in the Series C round were Animoca Brands, Tencent, Mirae Asset, ParaFi Capital, and Declaration Partners.

Immutable confirmed that it is now valued at $2.5 billion. The Australian company had managed to raise money at a valuation of $410 million in the prior funding rounds.

The company stated that this money will let it focus on expanding globally with over 200 new hires in 2022. It also wants to continue the development of its layer 2 NFT scaling network, Immutable X.

Immutable X relies on StarkEx zk-proofs for scaling Ethereum and offers NFT creators high throughput and zero gas fees with the impact on the environment being minimal.

Immutable X was released in April of 2021 and it was reported that NFT creators were already spared millions of dollars in gas fees.

Robbie Ferguson, the president and co-founder of Immutable, stated:

“We’re excited to raise this capital so we can help deploy it aggressively through M&A opportunities. NFTs are eating the world. Gaming will be the trojan horse that means your family can trade and own digital property, without them even knowing.”

Earlier this year, the company confirmed it began a collaboration with GameStop in order to create an NFT marketplace and a $100 million fund for supporting NFT creators for gaming studios, metaverse gaming, and Web3.