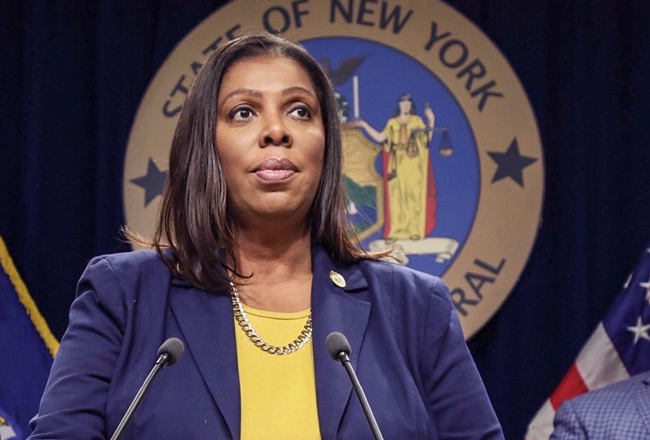 After weeks of volatility in the crypto market and the state of New York dealing with two major legal cases involving crypto companies, the New York Attorney General Letitia James has issued a warning for all those involved in the industry.

In a double alert that was published yesterday, James informed retail traders that they might face increased risk and low protection regarding regular crypto trading and that they might be the subject to “abusive and unsafe activity” by bad actors that are taking advantage of this period of economic anxiety and high levels of unemployment.

“Even if you purchase a well-established virtual currency from a more reputable trading platform, the price could crash in an instant. Trading in the current market exposes investors to risks, such as wild price swings, conflicts of interest among trading platform operators, and increased chances of market manipulation. Further, even ‘legitimate’ investments in virtual assets are subject to speculative bubbles.”

James also mentioned that since there are no central, comprehensively-regulated exchanges, those that may be targeted by fraudsters may have “no recourse” when it comes to getting help from law enforcement in the state of New York.

The warning comes a week after the settlement with Bitfinex and Tether, which were found to have misrepresented the degree to which Tether coins were backed by fiat collateral. The companies were stopped from servicing users in the state of New York and were required to pay a fine of $18.5 million in damages to the state.

Just half a month ago, James herself sued the crypto investment platform Coinseed after it had allegedly defrauded thousands of investors of over $1 million.