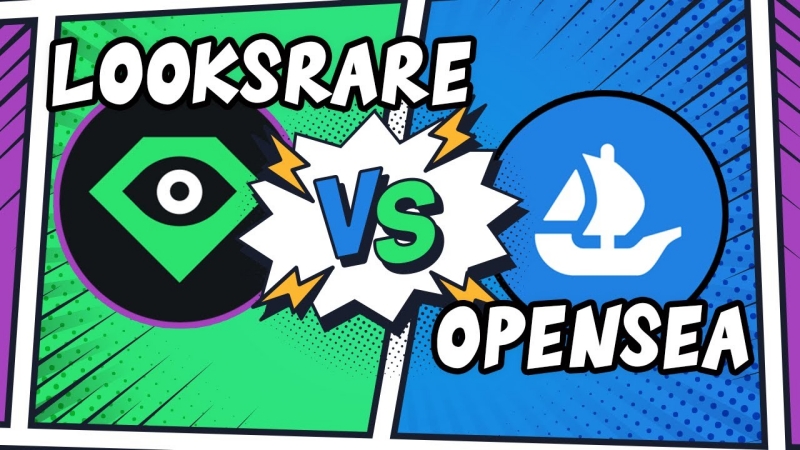 The first thing that comes to mind when I think of platforms such as OpenSea or LooksRare is the Grand Bazaar of Istanbul. From a certain perspective, the experience of navigating through the 4,000 (four thousand) stores, spread over a surface of over 30,000 square meters, where you can find a huge variety of products, is similar to exploring the biggest NFT marketplaces.

I found many similarities in the process of buying a physical good from the Bazaar and buying a digital asset recorded on a blockchain as it is the same with NFT platforms.

In both situations, the process requires a lot of patience, concentration, the ability to ignore the almost worthless items, and, probably most importantly, not to be impulsive.

Setting a physical market in a digital world comes with plenty of advantages, especially regarding the easy access it offers. Users can interact with an NFT marketplace from any corner of the world as long as they have an Internet connection and a digital wallet.

If you want to find out what’s the difference between LooksRare and OpenSea, read till the end.

What Is OpenSea And How Did It Appear?

The platform made its debut in 2017, being founded by Alex Atallah and Devin Finzer, but it truly got the attention of the community in early 2021 when NFTs went viral.

Being one of the few digital spaces that allowed NFT transactions, it was simply logical for the numbers recorded by OpenSea to reflect the newfound enthusiasm.

From a couple of thousands of monthly users in 2020 to 30 – 40 thousand in early 2021, OpenSea truly began to shine around July – August when it had over half a million monthly users and a transaction volume of over 3.5 billion dollars.

The fact that OpenSea didn’t really have a real competitor while this platform had a very friendly user interface explains the growth registered in early 2022 with over 1 million monthly active users, over 2 million transactions, and a valuation of 13 billion dollars.

What Is LooksRare And How Did It Appear?

LooksRare is the logical result of monopoly in crypto. The platform is an NFT marketplace, similar to OpenSea which using a new paradigm tries to challenge the status quo on Ethereum.

The team focused on improving on what OpenSea had as disadvantages such as the fact that those in the community didn’t receive rewards for transacting NFTs. The LooksRare strategy was also based on contrasting centralization and the lack of a token to create an improved platform that could rival OpenSea.

Having a friendly and simple user interface, a platform architecture similar to OpenSea, and a digital economy much more attractive than that of their rivals, LooksRare managed, in a short amount of time, despite being released this year, to capture the attention of the crypto and NFT communities.

What Stands Out For These Platforms?

OpenSea offers an environment in which NFTs can be minted and traded in a highly simple and intuitive method. At the same time, the platform is integrated with Polygon as a way of avoiding Ethereum taxes and it even includes a tool for statistics and analysis.

On OpenSea we can transact using ETH and Wrapped ETH and, being the king of this type of platform, here we can find the most NFT-type of digital assets. These are the most important factors that attract and keep users on the platform.

At the same time, LookRare indexes all NFTs on Ethereum which means we can transact all digital assets from OpenSea and even more.

What Are The Differences Between OpenSea And LooksRare?

The most important difference between these two platforms is an economic one. LooksRare bet on having an architecture and functions similar to OpenSea but with an economic system based more on the community.

The main differences are:

–        LooksRare has its own token, unlike OpenSea which doesn’t have a coin.

The team uses this token to attract users from OpenSea through an airdrop and for rewarding people who transact or stake Looks.

–        OpenSea is a big name in this area, and LooksRare is only just beginning which means the project has to prove that they have what it takes to last in the long run.

The advantages and disadvantages of these projects

This is a huge advantage just like Uniswap has in the DEX segment on Ethereum – it was the first and it already has an existing user base that is dedicated.

Once a user is used to a certain interface or some features of a platform and is satisfied with them it is very hard to make them change the platform.

But since it doesn’t offer users any rewards and it doesn’t allow investors to take part in its digital economy, this is a disadvantage that LooksRare may take advantage of.

The disadvantage of LooksRare can also be an advantage – it depends on how we see things. The platform is the David to OpenSea’s Goliath which can attract a lot of sympathy and support from the community; at the same time, the initial enthusiasm can flatten in the long run as users decide to stick to their comfort zone.

This rivalry reminds us of the feud between Uniswap and Sushiswap which could mean there is room for both platforms as the NFT market continues to grow in the years to come.

The fact that LooksRare came from the get-go with a functioning platform and with a well-thought-out and attractive economy shows ambition and could mean that the marketplace is one to stay.

cryptopediaLooksRareOpenSea
Previous articleWhat Is An NFT?Next articleHow To Use Metamask?