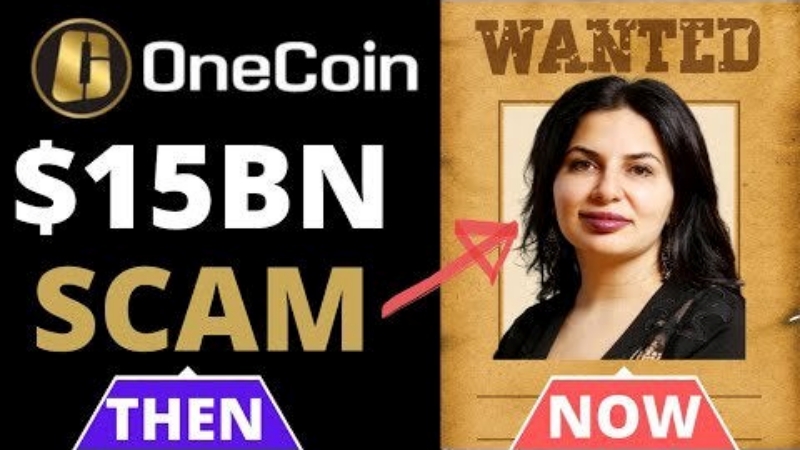 Today, we will take a look at something which scares people away when it comes to investing in crypto – scams.

Let’s take a look at three of the most infamous incidents involving crypto scams.

By far, the best-known crypto scam in history is OneCoin.

OneCoin was a Ponzi scheme which was promoted as a cryptocurrency by two Bulgaria-based offshore companies, OneCoin Ltd, and OneLife Network Ltd. The first one was registered in Dubai and the second one in Belize.

Both companies were founded by Ruja Ignatova with the help of Sebastian Greenwood.

OneCoin was launched in 2014 and it wasn’t a decentralized cryptocurrency, but a centralized currency that was hosted on OneCoin Ltd’s servers. It never used a blockchain and you couldn’t buy the token from crypto exchanges.

This was actually a Ponzi scheme which across a period of three years managed to get the attention, and money, of millions of investors.

Using catchy taglines, messages, and launches, people from 175 countries were convinced to purchase packages which allegedly consisted of educational materials and OneCoin tokens – with less focus on education and more on the tokens.

As several countries, including Italy, Sweden, and Germany issued cease and desist orders for OneCoin, and things were clearly getting out of hand, Ignatova simply disappeared in 2017. Her brother took over the company and was arrested.

It is speculated that the company made around $4 billion worldwide, making it one of the biggest scams in history. The self-proclaimed Cryptoqueen has yet to be found.

Let’s take a look at another Ponzi scheme, this time, from India – BitConnect was launched in 2016 by Satish Kumbhani and promised that, thanks to blockchain technology, anyone who would invest would get high returns.

The company promised a 1% daily compounded interest which is impossibly high.

In January 2018, BitConnect announced it was shutting down which pushed its price down to $1 after it used to have a value of $500. The US SEC alleges that BitConnect, which as an entity never actually existed, managed to defraud people of $2 billion.

Kumbhani, as expected, also went missing, and as of today, nobody knows where he is.

For the last stop on this journey, we’ll set our eyes on Canada, where we’ll talk about crypto exchange Quadriga and a very mysterious death.

Gerald Cotten founded the crypto exchange in late 2013 and was initially only a local business but would soon grow to become the biggest Canadian crypto exchange.

In 2017, when the bitcoin market went extremely bullish, around 1.2 billion Canadian dollars worth of bitcoin were exchanged on Quadriga.

The commissions grew thanks to the large increase in volume but it also led to cash-flow problems since the exchange relied on external payment processors and didn’t have a proper accounting system.

When Bitcoin crashed in 2018, people had to wait months to be able to withdraw their money.

Furthermore, instead of paying customers through bank wires, people were instructed to go to a nondescript building in Quebec to pick up the cash. Customers revealed that once they arrived, either there was nobody in the office, or that there was no cash to be disbursed.

While traveling to India in December of the same year, allegedly to do charity work, Cotten died from complications related to Crohn’s disease at the age of 30. The estate was inherited by his wife, Jennifer Robertson.

It was revealed that 115,000 customers had to receive $190 million (or 250 million Canadian dollars) but those money were stored in a cold wallet in the laptop for which only Cotten had access to.

But blockchain analysts weren’t able to find any evidence of Quadriga’s cold wallets on the blockchain. Later, some cold wallet addresses were discovered, but most of them were empty.

This led many to speculate that Cotten faked his death. Some Quadriga users began demanding in late 2019 that Cotten’s body be exhumed.

On the other hand, others are saying that it was actually his death which helped people discover the shady business. Netflix is working on a documentary about this and we can’t wait!

We hope this article helped you understand the importance of doing your own research so you’ll know which projects you can trust. For more information on how to avoid crypto scams, stay tuned for our next video, which is exactly about this.

While many crypto projects are honest, some are decidedly less so, and it is important to spot them in order to keep the community safe and help people understand that crypto is the future, not something to fear.