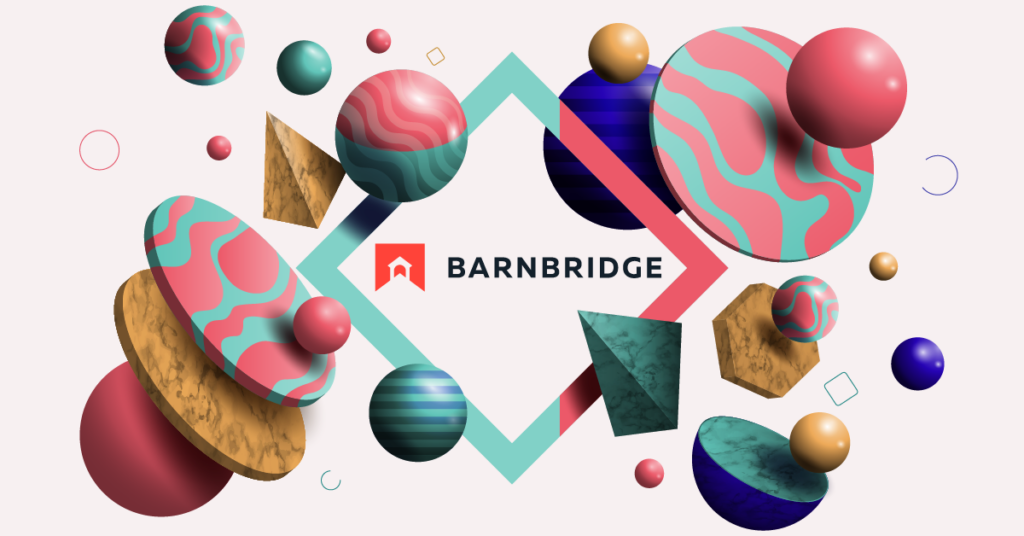 In this article, we are going to take a look at BarnBridge, a cross-platform protocol that tokenizes market fluctuations and risk exposure. We will briefly explain some of its features and advantages, and take a quick look at its native token, BOND.

BarnBridge is a platform that offers several products to DeFi users in order to facilitate a transition between traditional finances where such products already exist, and of course, DeFi, through certain risk management solutions. It was launched in September 2020, after closing a $1 million seed round.

Basically, BarnBride tokenizes, separates into segments or compartments, and quantifies the risk associated with the yield or price volatility of certain assets. The goal is to make it tradable, to reduce the risk over time, and to make it easier for the DeFi community to understand and approach it.

The platform does all this by dividing risk into pieces called “tranches” that can then be bought by investors. Simple, right?

By segmenting in “tranches,” BarnBridge uniformizes the risk curve using tokenized derivatives. The protocol takes an asset or financial instrument and then schedules certain rules to allocate gains or losses to those who own certain derivative segments.

Since DeFi is a new concept related to the field of traditional finance, all the infrastructure we find in finance has not yet been adopted by DeFi for a simple reason.

Even if the financial infrastructure at the conceptual level is the same in both spheres, the fundamental factors are completely different (open source vs. closed source, decentralized vs. centralized, and so on), which makes the emergence of financial instruments in DeFi that have existed for a long time, dependent on the emergence of teams that can design and execute them, taking into account the DeFi paradigm.

Here is where BarnBridge comes in as it has adopted and introduced this process in DeFi, in an even more efficient form, from my perspective, since it eliminates intermediaries, through several products that are in the Smart Bonds category.

SMART yield is the first one and was released in March 2021. SMART stands for Structured Market Adjusted Risk Tranches. This is a tool built to reduce the risk component associated with the yield.

There are two groups of participants in this type of product:

We also have Smart Alpha, where the risk and volatility factor comes from the asset’s price, as opposed to smart yield, where it comes from the yield. The operating pattern is the same, through “tranches” and tokenization.

Let’s look at an example. Let’s say that we have an ETH of $3,000, and it drops to $2,500, the riskiest segment (junior tranche with the jETH token) will absorb most of the loss, mETH, which is mezzanine tranche, will absorb a smaller loss, and senior tranche (sETH) the smallest loss.

If the ETH price were to go up to $3,500, the same thing would happen, that is, the riskiest tranche would take a higher percentage of the gain.

Besides what we’ve just mentioned, there is another product that was released on July 5th, called SMART Exposure, through which a user can maximize profit and optimize time in relation to keeping a certain risk exposure associated with a pair of ERC-20 tokens.

Let’s take ETH and WBTC (Wrapped Bitcoin). If an investor wants to keep the ratio, let’s say, 50% – 50%, the protocol automatically rebalances the position when one of the tokens fluctuates.

BarnBridge has expanded beyond the Ethereum mainnet as it has deployed its first two applications, SMART Yield and SMART Exposure, on the Polygon Network.

It is worth mentioning that SMART Exposure was deployed only a week after its initial deployment on Ethereum mainnet. What is changed is that the rebalancing occurs purely based on time passing, that is daily rebalancing, instead of only when a certain time has elapsed and the deviation between the two assets is beyond a specific threshold.

The governance token that powers the BarnBridge DAO protocol is BOND, which is an ERC-20 token. It has a maximum supply of 10 million BOND, with nearly 3.5 million in circulation.

The token is well-distributed from my point of view, with almost 70% towards the community, and the rest to investors, team, advisors, and the DAO treasury. There is a 100-week vesting period.

As far as its utility is concerned, the token is used for staking and other types of incentives for the community, as well as for governance.

$BOND has been recently listed on Binance and Coinbase; it can also be purchased at various other cryptocurrency exchanges including Uniswap (V2), 1inch Exchange, Bilaxy, and Hotbit.

The Team of BarnBridge

Troy Murray is also the founder of crypto R&D firm RUDE_labs and has explored the way blockchain technology can benefit the media since 2012.

Tyler Ward is the founder of Proof Systems, one of the largest marketing & UI/UX companies specializing in digital assets. He has also worked with ConsenSys, Dharma Capital, and NEAR Protocol. Its developers are part of the Web3 development company in Bucharest called Digital Mob.

The project is backed by prominent industry leaders, with the seed round including participants such as Stani Kulechov (Aave), Kain Warwick (Synthetix), and Andrew Keys (DARMA Capital), to name a few. The first two are also advisors.

BarnBridge is an innovative project that has been executed very well so far. The concept has existed for a long time, but they adopted it for DeFi and made it even better since there are no intermediaries and the smart contracts are transparent. This gives it access to a segment of experienced DeFi users and makes it an attractive project, which is also seen in the TVL of slightly over $250 million.

Interestingly, the team is moving the governance system to a DAO, which forms an active and more loyal community.

Plus, the tokenomics part is also well-thought-out. These things put together with a well-known and experienced team are good indicators that the project is here to stay and is determined to position itself well in its niche.