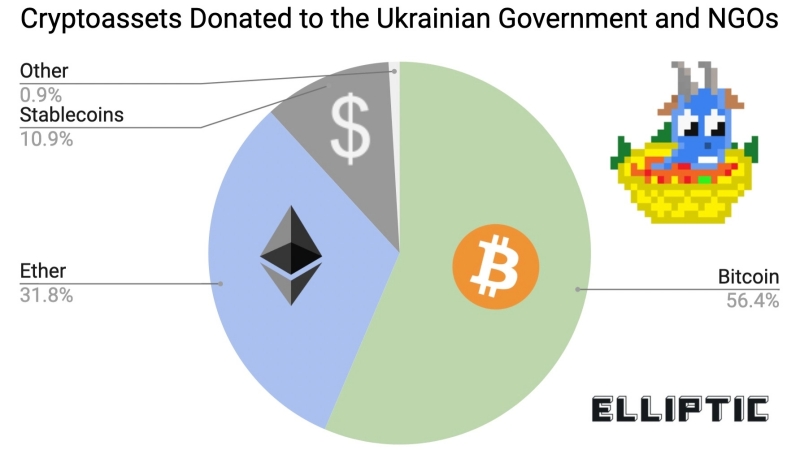 The crypto community is uniting to help Ukraine during these difficult times with donations via digital assets.

Crypto is often preferred in these cases over traditional finance because it is harder to impossible to monitor it or restrict it.

Mykhailo Fedorov, the Vice Prime Minister and Minister of Digital Transformation published three addresses that can be used for crypto donations and asked crypto exchanges to block users from Russia:

“I’m asking all major crypto exchanges to block addresses of Russian users. It’s crucial to freeze not only the addresses linked to Russian and Belarusian politicians but also to sabotage ordinary users.”

As a result, donations in digital assets worth around $19 million have been recorded since Russia invaded Ukraine. The total stands at $18.9 million with most of the sum coming after the message left by Fedorov.

Binance has also decided to help by offering $10 million as a donation:

“The donation will be split between major intergovernmental organizations and nonprofit organizations already on the ground, including UNICEF, UNHCR, the UN Refugee Agency, iSans, and People in Need, to help support displaced children and families in Ukraine and its neighboring countries.”

The exchange created a crypto donation web portal known as the Ukraine Emergency Relief Fund which has already received 156 BTC worth about $5.8 million from 214 donors. Binance offered more than 16,000 BNB tokens.