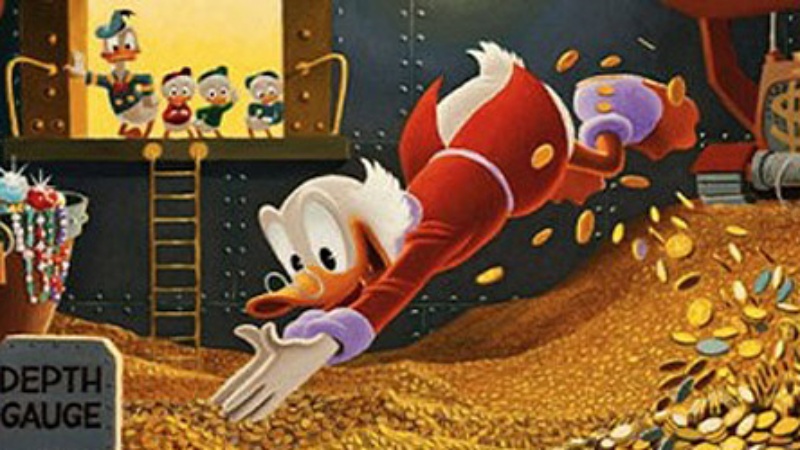 Monthly data for DEXs shows that the ecosystem has recorded almost $100 billion in volume for the month of November, continuing to grow since this summer’s low.

Information from The Block’s Data Dashboard shows that the total for this month is about $99.5 billion, as of today. Monthly volumes have been on the rise since they registered a 2021 low in July when just $56.35 billion were recorded. The previous month, October has recorded a total of $89.15 billion. 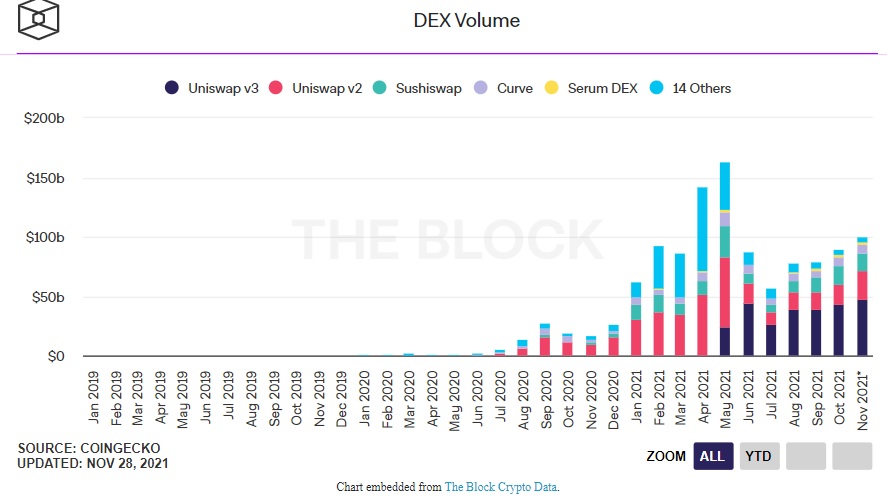 Of course, to nobody’s surprise, Uniwasp v2 and v3 exchange protocols were the ones representing the majority of the monthly volume for November, with $24.07 billion and $47.37 billion, respectively.

Information from CoinGecko also shows that the USD/ETH trading pair has been the most active one on Uniswap v3, representing about 654.4 million in volume during the previous 24 hours alone. Also from CoinGecko, we can see that $1.49 billion in overall volume for the protocol was registered in the past day.

As of now, monthly volumes reached their highest in May, when, in total, DEXs recorded a volume of $162.83 billion.