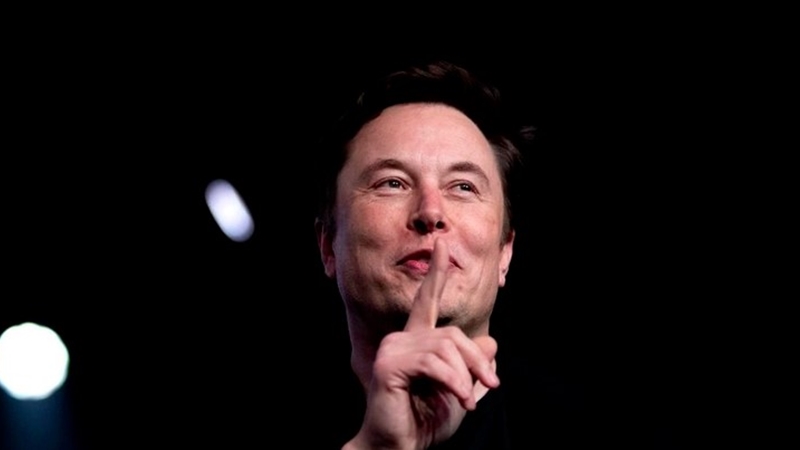 A few days after he polled Twitter users about selling 10% of his stake, Chief Executive Elon Musk sold about $5 billion in Tesla shares, as he reported in filings on Wednesday.
He still owns nearly 17% of the stock, which is worth about $180 billion.

According to the Securities and Exchange Commission filings, 4.5 million shares were sold between Monday and Wednesday. Tesla shares were trading around $1,067.95, which would have valued them at $4.8 billion, but some of them were sold at higher prices. The average price of the transaction was around $1,170, which is 180% more than prices were a year ago.

In the SEC documentation, he stated that 1 million of the shares were sold to cover taxes on 2,154,572 in stock he purchased at $6.24 each. The value of the shares he bought was around $13.4 million and was sold at a $2.3 billion valuation. Moreover, on Wednesday evening, he sold an additional 3.6 million shares.

Last weekend Elon Musk created a poll on Twitter, asking his 62.5 million followers if he should sell 10% of his Tesla stock. Most have provided positive feedback, and the shares slumped more than 15% over Monday and Tuesday, with a slight rebound of 4% on Wednesday. 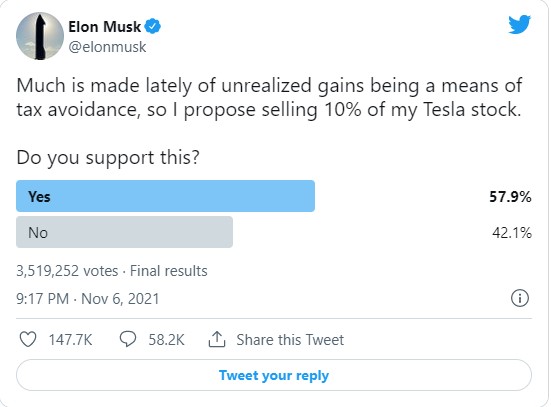 He has also stated that the only way to pay taxes is to sell stock as he doesn’t take salary or bonus from anywhere.