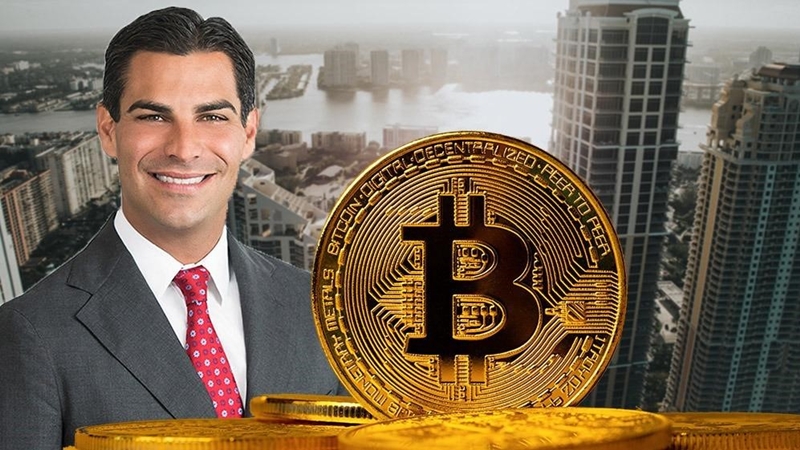 Francis Suarez said on CoinDesk TV that Miami would be staking a significant part of MiamiCoin, its native cryptocurrency, with the city being the first one in America “to give a Bitcoin yield as a dividend directly to its residents.”

The main difference is that until now, only holders of MiamiCoin could earn cryptocurrency rewards, but following this decision, all residents will receive a Bitcoin wallet and dividends, regardless of whether they hold the city’s coin or not.

Since its launch in August, MiamiCoin has generated over $21 million for the city, and if it keeps this pace, it can represent one-fifth of the city’s annual tax revenue. This is part of the mayor’s plan to run the city “without taxes,” only from staking rewards.

“We are going to create digital wallets for our residents. And we’re going to give them [some] Bitcoin directly from the yield of MiamiCoin,” stated Francis Suarez.

Eligible digital wallet owners could be taxpayers, citizens with an address in Miami, or people who voted in the city. It will be a lot of work to prevent fraudsters, but there will be discussions with several crypto exchanges to facilitate the process.

In order to reduce the carbon footprint of Bitcoin mining, the Miami Mayor is facilitating the process from near a nuclear power plant in Florida state.

More cities are inspired by the MiamiCoin and are exploring the launch of their native crypto coins.

Miami Mayor plans to increase ownership of Bitcoin among more and more people.

“Yes, Bitcoin is increasing in value. And yes, we want you to hold Bitcoin. But at the same time, we also want to increase the utility of Bitcoin.”
Bitcoinfrancis suarezMiami Mayor
Previous articleRocket Pool Eth2 Staking Service Starts and Reaches the Limit of Level 2 in 45 SecondsNext articleDiscord CEO Scraps Ethereum Integration Following Community Backlash