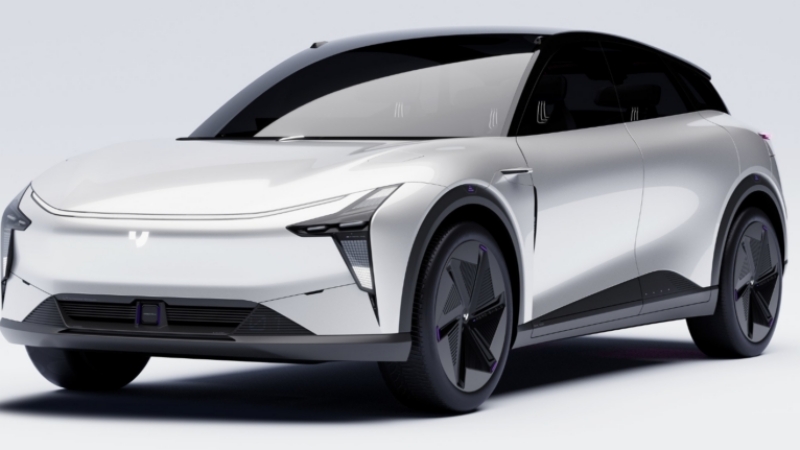 ROBO-01: JIDU, a Chinese startup, has unveiled the ROBO-01 concept automobile, which will give Tesla a run for its money.

JIDU is a smart electric car manufacturer. It’s a joint venture between Geely and Baidu, a Chinese automaker. ROBO-01, their first concept automobile, has been unveiled.

Baidu, which began as an AI and internet business, is making its first foray into the vehicle market. Baidu wants to include AI and intelligent driving into a cutting-edge futuristic automobile. According to reports, the ROBO-01 will transform the vehicle business.

This automobile has a lot of bizarre and remarkable features. First and foremost, Tesla will have to catch up, there is no doubt about that. Second, and perhaps unexpectedly, the automobile may also share its emotions. You might want to double-check that the oil light isn’t on. You could be trapped in a raging robot car hurtling towards the river at breakneck speed.

In the XiRang metaverse, the robocar was first revealed. An avatar named Xijiajia drove and interacted with ROBO-01 at the debut.

The concept car resembles the real-life production model around 90%. The real-life car is ludicrous, and it’s exactly how we imagined the future to appear. Except without the Chinese government being able to seize the vehicle and drive you to prison. At least, that’s what the conspiracy theorists claim.

A U-shaped foldable steering wheel is included. Wow, that driving screen. It’s a 3D integrated ultra-clear screen with no borders. And now you won’t be able to blame yourself if you get lost; you’ll just have to confess that you’re lost.

The car is also “trainable” because it is capable of machine learning. It can even drive itself. But we already know what it entails. You can’t tell the car to drive you to your mother’s house while you watch Paramount + in the rear and eating popcorn. With self-driving technology, we’re almost there, but let’s not smash into any wildflower fields just yet.

“The Intelligent Car 3.0 Era is the era of robocars. The transition to this new era is marked by the shift of driving power from humans to AI, with robocars ultimately achieving self-generating progress led by AI. The automotive industry in the 3.0 era will see a seismic shift from a revolution in energy to a revolution in product attributes. The ultimate goal is to realize a fully driverless transportation experience. The JIDU robocar aims to meet users’ needs for intelligent travel, in-car intelligent assistance and intelligent cabin in the new era.”

crypto chinametaverse
Previous articleFelix Capital Raises $600M to Invest in Crypto and Web3Next articleThe World Bank Has Issued a Global Recession Warning, Stating That “This Is the Sharpest Slowdown in 80 Years”