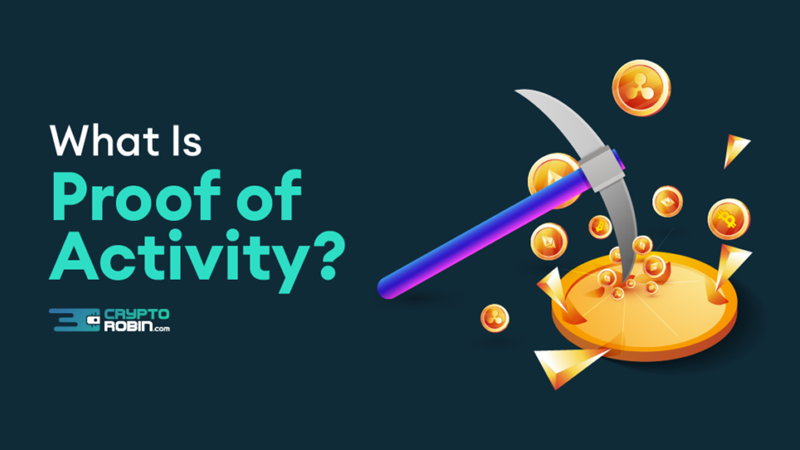 In this article, we will explain what the consensus mechanism Proof of Activity is, how it works, and what pros and cons it comes with.

What is Proof of Activity?

Proof of Activity is actually a combination of two other blockchain consensus algorithms: Proof of Work and Proof of Stake.

Decred is the best-known cryptocurrency that relies on the PoA consensus mechanism.

How Does Proof of Activity Work?

The Proof of Activity mining process is similar to that of a PoW one. Miners in the blockchain are trying to solve a mathematical equation or mine a new block using more computing power. After the new block is mined, the system is directed into PoS. This new block will have a header and the reward address of the first miner.

Then, a group of validators is picked at random. They will be in charge of validating or signing the new block. This happens by analyzing the details of the header.

If a validator owns more crypto coins, then they will have a higher chance of being picked to be a signer. When the group of validators signs the new block, the status of a complete block will be achieved.

The first miners and the various validators who played a role in contributing to the new block will be the ones who receive the reward.

A Big Plus: Protection Against 51% Attacks

Both Proof of Work and Proof of Stake were created to prevent 51% attacks so that no bad actor would have the chance of gaining majority control over mining power. Such attacks are rare, but they did happen.

While it does come with benefits, like better protection against 51% attacks, PoA carries with it the two main problems that PoW and PoS receive criticism for.

Similar to PoW, PoA consumes a lot of energy, which means that it is not a sustainable option.

On top of that, just like in PoS, there is nothing that would stop a validator from double signing. As a reminder, when a group of validators signs a new block, the status of a complete block is achieved.

There is a chance that some validators would be less interested in consensus, compared to miners in Proof of Work, as they may add invalid blocks to the blockchain in order to get rewards for signing, thus forking it. But this scenario is quite impractical since signers could be penalized.

Proof of Activity combines Proof of Work and Proof of Stake in order to offer a new experience to users of blockchain. The result of the combination translates into greater 51% attacks protection, but also has its downsides, such as high-energy consumption and the “nothing at stake” issue. If these problems are solved, PoA could have a lot of potential for the future.