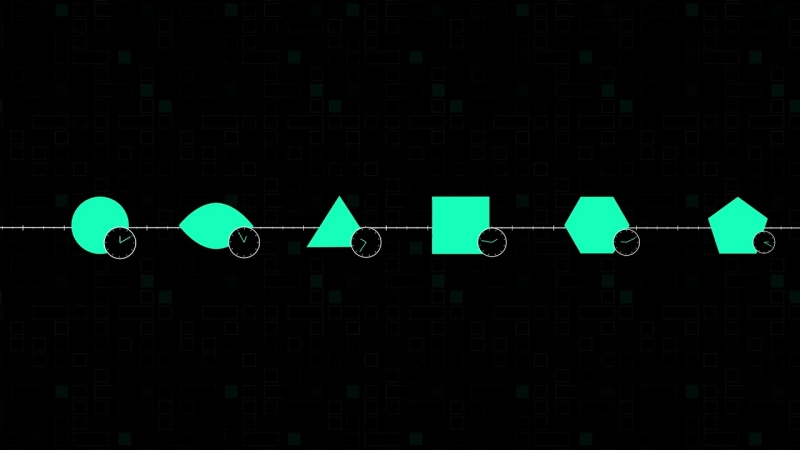 Proof of History lets you create a historical record that proves that an event has occurred on the blockchain at a specific moment in time, while other blockchains need validators to talk to one another in order to agree that time has passed.

Let’s have a real-life analogy that can help us get this concept.

You take pride in the fact that you are never late for work. You have your entire morning figured out, how much time each activity takes, and the time that passes between your home and your office.

You get to the office, stamp your time card, and go to get a coffee. When you return to your desk, the boss is right there and accuses you of being late – you, out of all people! He claims that you only just arrived when that is simply not true.

Instead of arguing with the boss or asking for everybody else in the building to vouch for your on-time arrival, you prove this happened by showing your stamped time card. The proof is in the pudding, as they say.

With official proof of the event happening, the boss can not dispute you anymore, and you don’t need the help of other colleagues because it is clear – the event took place.

This is exactly how proof of history works – it shows that an event did happen at a certain time without having to involve other validators on the network.

Did the parallel with real-life help you understand the concept better? Let us know in the comment section.

What Is Proof of History?

Proof of History is used to lighten the load of the network nodes in processing blocks by offering a method of encoding time itself into the blockchain.

When we talk about a regular blockchain, one of the most important things is to reach a consensus regarding the time spent for mining a block, just like reaching a consensus over the existence of the transactions in that block is.

This makes timestamping very important because it lets the network know that transactions took place in a particular sequence.

In other words, Proof of History lets you create a historical record that proves an event took place at a certain moment in time. It is not different from the time card stamp example we gave at the beginning of the video.

How Does Proof of History Work?

In a Proof of Work Case, the successful block miner is the first one to find the correct nonce (short for number used only once, representing a whole number used as an input for the computation function of the current block’s hashrate), which needs a particular amount of computing power in order to perform.

On the other hand, Proof of History relies on a new cryptographic concept, known as Verifiable Delay Functions (VDF). VDF’s are functions that need a moderate amount of sequential computation to evaluate, but once a solution is found, it is easy for anyone to verify that it is correct.

You can solve a VDF with just one CPU core using an exact set of sequential steps.

Since parallel processing isn’t allowed, it becomes easy to determine exactly how long it took for those steps to be applied. Thus, the passage of time is clear.

Since Proof of History basically solved the time challenge, the processing weight of the blockchain has changed, making it faster and lighter.

Solana is the blockchain that popularized this way of working. It also uses Proof of History and a security protocol known as Tower Byzantine Fault Tolerance in order to let participants stake tokens so they can vote on the validity of a Proof of History hash. If a bad actor votes for a fork that doesn’t match the Proof of History records, they will be penalized.

Solana also relies on Proof of Stake in order to establish who is allowed to be a block validator.

How Fast Does It All Happen?

Since in this case there isn’t any dependency on local computer clocks or local timeouts between state transitions beyond the aforementioned VDF, this concept is the one that will make sure that every block producer can prove that they’ve waited the needed amount of time, so the network can move forward.

The next producer needs to locally generate a portion of the VDF until the scheduled slot. This means that as soon as nodes are received, the state transition can start right when the message is received. This is because there is now cryptographic proof that the producer followed the protocol delays.

By contrast, while Solana confirms 25 blocks proposed by 25 different validators, other networks could confirm only one. That is quite the speed, wouldn’t you agree? Watch out, Road Runner, you have competition!

Are There Ever Delays?

The message can arrive out of order while the cost of network delays is slowly accommodated following the delivery of many packets. As soon as the Proof of History is being reconstructed, the entire data structure makes sure that the appropriate delays that are between all the block producers are indeed correct.

This translates into the network never actually being delayed, and even with variations caused by block producers, it can keep on producing at lightning fast speeds. Therefore, Proof of History is a mechanism that allows network speeds that have never been seen before in blockchain technology.

I guess this makes Proof of History like a Japanese train that is always on time and if there is ever a delay it makes the news.

In short, Proof of History lets users create a historical record that works as proof that an event took place at a certain moment in time, making the network faster and lighter.

Proof of History relies on a new cryptographic concept, known as Verifiable Delay Functions or VDF.

Solana is the blockchain that popularized this way of working. It also uses Proof of History and a security protocol known as Tower Byzantine Fault Tolerance. While Solana confirms 25 blocks proposed by 25 different validators, other networks could confirm only one.