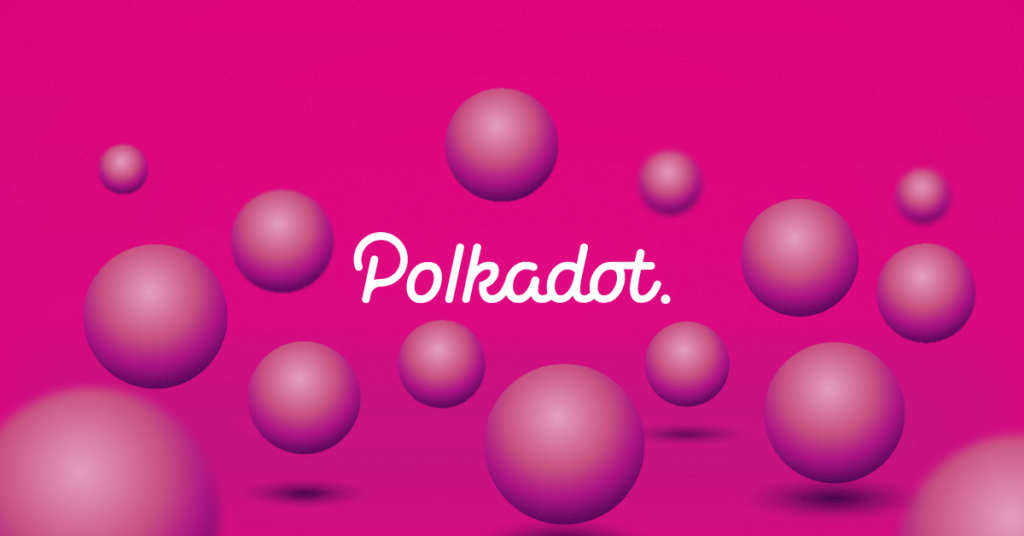 Polkadot represents a platform that lets various blockchains transfer messages, including value, in a trust-free way. In short, Polkadot is a scalable multi-chain technology.

The final goal of Polkadot is to be the new Internet of blockchains that will be able to communicate with one another without any problem.

But, you may ask, with so many platforms out there, some of them being pretty great, why do we need another one?

Simply put, the creators of Polkadot don’t think that a single blockchain is capable of serving all purposes with the needed efficiency, or as fast as needed, or as secure as needed. One blockchain couldn’t support billions of smart contracts, all with various applications.

This is why Polkadot is trying to bring all blockchains in one room and offer the best platform for any project, regardless of what you have in mind.

How Does Polkadot Work?

Polkadot represents a new generation blockchain protocol that seriously simplifies cross-chain communication by guiding a collective of blockchains into one network. This network is to be secured by a GRANDPA algorithm, created especially for Polkadot.

The most important parts of the Polkadot network are Relay Chain, Parachains, Parathreads, and Bridges.

The relay chain represents the pillar of the Polkadot network and is the main communication hub between parachains. Validators on this chain are the ones who accept blocks from all parachains, which means they are in charge of keeping the entire network secure.

Parachains represent independent blockchains that run on top of the Relay Chain and offer chain-specific features to the Polkadot network. All parachains have a specialized purpose in this network – imagine having a fine-tuned chain for smart contracts, another one in charge of stable coin payments between chains, and so on.

Each of the parachains is maintained by the collator which has the responsibility of producing chain blocks. Parachains also enjoy a shared security model offered by the Relay Chain so that they’ll be secured against 51% attacks.

Still, only a select number of parachains will be permitted on the network for now although there is a plan for the number to expand in the future. There are plans for public auctions in which parachain candidates would need to compete with each other so that they would get their own slot.

From a technical point of view, parathreads are similar to parachains, but, from an economic point of view, there’s a world of difference between them. Unlike a parachain, which has to compete to get a spot on the network, a parathread slot can be leased almost immediately but just for a short time.

This will create a different way of running projects on Polkadot since it could let you try out the network before buying an expensive parachain slot, for example.

Finally, we have bridges. They have the role of connecting already running blockchains into the ecosystem, like Bitcoin or Ether, and permit the transfer of tokens between Polkadot and outside networks.

As a result of its structure, Polkadot has many advantages, when compared to other blockchains, like scaling, specialization, cooperation, or governance.

Let’s talk about scaling. You probably know about the insane fee transactions required by Ethereum or other similar problems encountered by other blockchains.

Such issues come from the fact that every node in the network is asked to process all transactions, one by one. But Polkadot is different because parachains will run and produce their blocks in parallel while validators are in charge of everything after that. This is especially great news for the speed of the network.

What about specialization? Well, in general, blockchains are trying to support several features at once so they have to come up with some trade-offs. With Polkadot, one parachain can be deployed for file storage, another one for decentralized identity management, and another one for enabling payments. Things get so much easier when you skip the code part!

Furthermore, Polkadot already offers a simple SDK, named Substrate, which can make creating and deploying parachains very easy so you don’t have to write any code from scratch!

Regarding cooperation, we can say that Polkadod parachains aren’t going to run in isolation as they are able to communicate with one another. This isn’t just limited to effortless token transfers, but it can also carry messages. The Cross-Chain Messaging Protocol is the one that lets parachains send messages of any kind.

Last, but not least, we have governance, which means that the Polkadot community is able to govern the network in a way that is completely decentralized. The community is planned to be in charge of parachains actions, the number of slots, and anything else that you can think of.

All blockchains require an update every now and then, and they usually ask for a hard fork, especially when an important change is made to the network. This isn’t always received well by the user community as we saw happening with Bitcoin Cash.

Polkadot stands out because it lets its parachains and even its own network update without any hard fork needed.

The Polkadot ecosystem is ever-growing as development teams notice the advantages of the network, from flexibility to security. The fusion of several specialized chains into one highly scalable and interconnected network lets any blockchain reach its complete potential.

In this case, projects don’t need to compete with each other, as they are now working together in the Polkadot network in order to reach independence from the centralized world.

Some of the projects associated with the Polkadot Ecosystem include Acala Network, Energy Web Token, ChainX, Sora, Robonomics, and others.

Polkadot was created by a team around Web3 Foundation that aims for a decentralized web. The leading figure of the project is Dr. Gavin Wood, known for being a founding father of Ethereum, and author of the Solidity smart contract programming language.

We also have Robert Habermeier, co-founder of Polkadot, who has vast experience in the research and development of decentralized networks and cryptography, and Peter Czaban, who puts to use his experience in financial and data industries.

The DOT token can be used for several purposes, including governance, staking, bonding, and fees.

It currently has a market cap of over 27 billion dollars, which makes it the eighth-most valuable cryptocurrency in the world.

Polkadot passed through its ICO in October of 2017 and the price for 1 DOT was 28 dollars and 80 cents. It was also one of the best performing ICOs ever made and the project raised 145 million dollars in the first round of sales.

The Kusama Rollout and Slot Auctions

One important milestone for the project is the collaboration with Kusama. Kusama is a live network with real economic incentives and will help in creating ground for parachains, thus letting the community notice how the network acts and make new tests on it. Kusama was created to allow taking risks, being, basically, a cousin network for Polkadot, serving as a canary.

Kusama governance will begin by enabling parachain functionality through a runtime upgrade. Next, it has the possibility of starting the slot auctions or adding common-good parachains.

Parachain slot leases will be assigned using non-permissioned candle auctions. Following the first auction on Kusama, a new auction will happen around two weeks later. After every auction, the winning parachain will be deployed to the network when the lease session begins.

Auctions are programmed to continue from there on a rolling basis as a higher number of slots will be available and old leases are no longer valid.

Following the completion of all audits and with parachains running smoothly on Kusama, the Polkadot community will have the option of enabling parachain functionality, deploy the first public-good parachains, and start slot auctions on Polkadot using on-chain governance.

As for final thoughts, it’s clear that interoperability and scaling represent the next important step in the blockchain industry, which is why Polkadot is the one that will bring blockchain to the 3.0 era, which is bound to change the landscape forever.

This will bring the last missing piece needed by the industry, and with it, new and interesting projects will rise, bringing to life previously unseen use cases for decentralized networks and currencies.